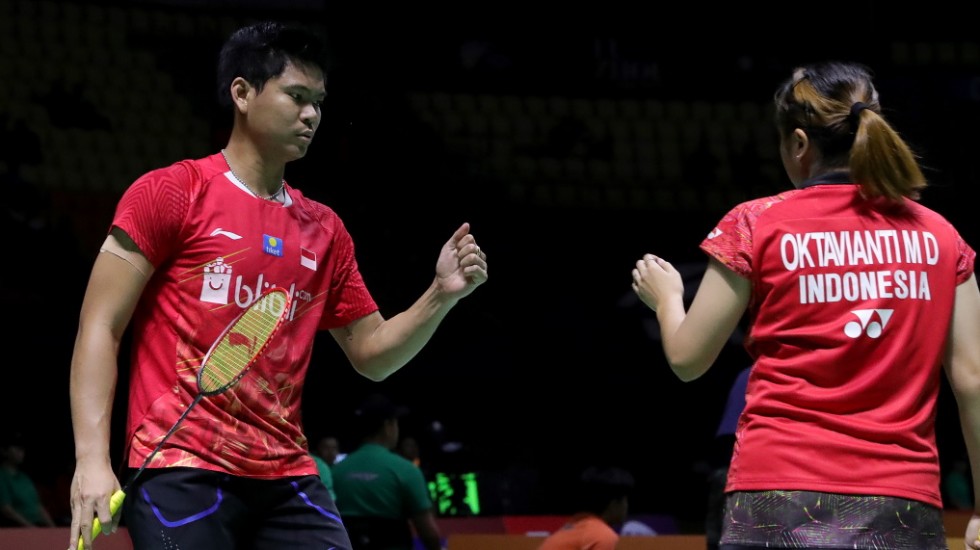 Praveen Jordan and Melati Daeva Oktavianti won a thrilling opening round match over Marcus Ellis and Lauren Smith at the Korea Open 2019 today.

Although the Indonesians won in straight games, it was a tight affair all through. The two pairs were neck-and-neck from 13-all in both games. The English pair had three game points in the first game and two in the second; unluckily for them, their opponents converted their own first opportunities to take the match 24-22 23-21.

Jordan and Oktavianti’s compatriots Tontowi Ahmad and Winny Oktavina Kandow could not join them in the second round as they were unlucky to draw unstoppable Chinese Zheng Si Wei/Huang Ya Qiong. The Indonesians challenged the world champions in the opening game, even holding a 17-14 lead, before their opponents stormed past, 21-19 21-11.

“Actually, in the first game we were able to hold our pattern. But we were not focused and not consistent, so we lost the lead. We need to be more cunning to find points. From 5-all points we fell behind 5-12 (in the second game). That mindset must be reversed,” Ahmad was quoted as telling pbsi.org.

“In my opinion, the obstacle is in the focus. Today’s match is a lesson for us. We haven’t played them earlier either. We have to be smart to find points, we shouldn’t be monotonous,” said Ahmad.

Qualifying round action saw world junior champion Kunlavut Vitidsarn seal his place in the main draw with a 21-19 21-15 result over Chinese Taipei’s Huang Ping-Hsien. Interestingly, Vitidsarn takes on world champion Kento Momota in the first round.