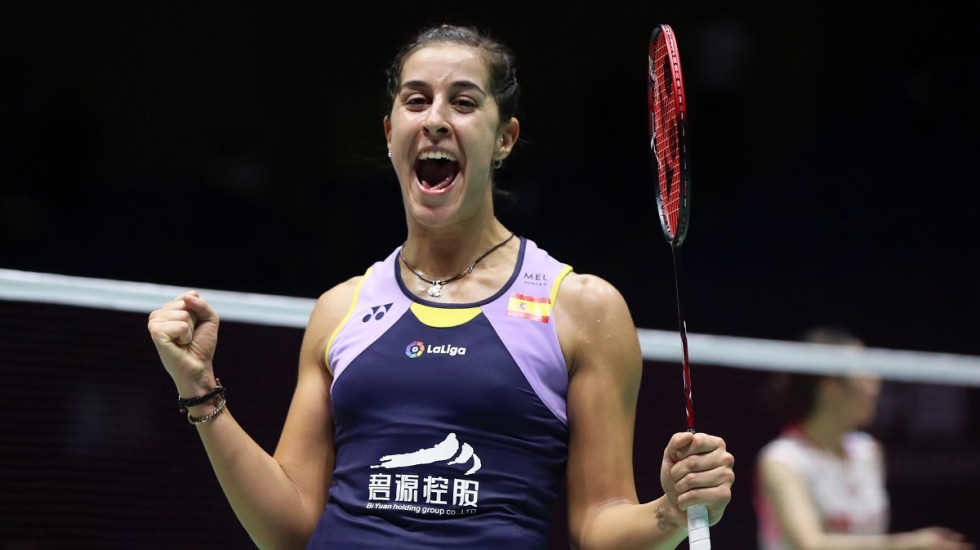 Carolina Marin’s beaming smile during her post-match interview following her 20-22 21-13 21-18 semifinal victory over Japan’s Sayaka Takahashi at the VICTOR China Open 2019 today said it all.

“I feel really excited at the moment.

“[After I won] I fell down and was crying a bit. You know when you have a long injury and you are doing your rehabilitation you have that feeling to never give up and keep going and keep pushing.

“I’m just super happy that in my second tournament back I can reach the final in a Super 1000 tournament,” she said.

It wasn’t plain sailing for the Olympic and three-time world champion who had to deal with tricky conditions and a tenacious Takahashi who made the Spaniard fight for every point to close it out.

The Japanese adjusted better to the end-to-end draft inside the stadium and took the first game 22-20 and led 10-7 in the second. The length of rally also played to her favour as she was able to draw out the points.

Marin responded midway through the second and won 14 of the next 17 points as she used the quicker end of the court to her advantage. She raced through the points as the unforced errors kept coming off the racket of the unseeded Japanese.

It was tighter in the third as both players fought for the ascendency. Marin gradually pulled away and led 17-11 and 20-15, but for all her experience at Olympics and World Championships, she found it somewhat difficult to put away that winning shot.

“At the end when I was leading 20-15, I thought to myself that I just had to score one more point.

“But that was a very big mistake by me. I can’t think in that way. I have to keep focusing on what I have to do every point,” she said.

The shift in momentum at the end was also partly due to a contentious call at 16-11 in which it was uncertain as to whether Marin picked up the shuttle in time. The referee was called onto the court and the umpire’s original decision stood.

“It was a crucial point. I thought I should have won but the point was given to my opponent. There was nothing I could do, I was just unlucky,” said a frustrated Takahashi.

To her credit though, she was quick to compliment her opponent for such a fine effort.

“I could sense a bit of limitation in Marin’s movements, but she is still as strong as before.

“Firstly, she was able to finish off all the rallies really well. Secondly, she was very good at not letting me get too far ahead, particularly in that second game. And thirdly, she executed her plan to perfection,” she said.