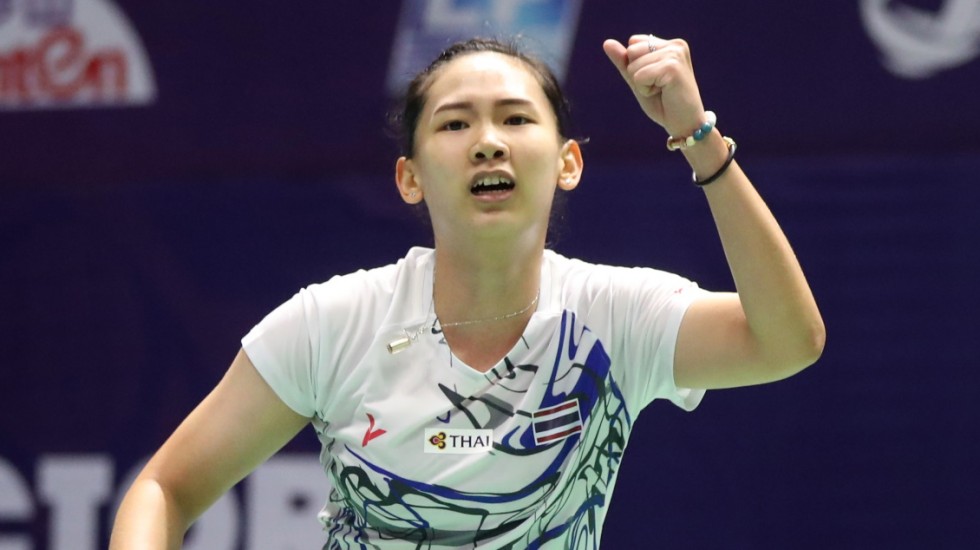 Pornpawee Chochuwong on her way to beating Pusarla V Sindhu.

With her defeat of newly-crowned world champion Pusarla V Sindhu at the ongoing VICTOR China Open 2019, Pornpawee Chochuwong built on her growing reputation as one of the players to watch out for. 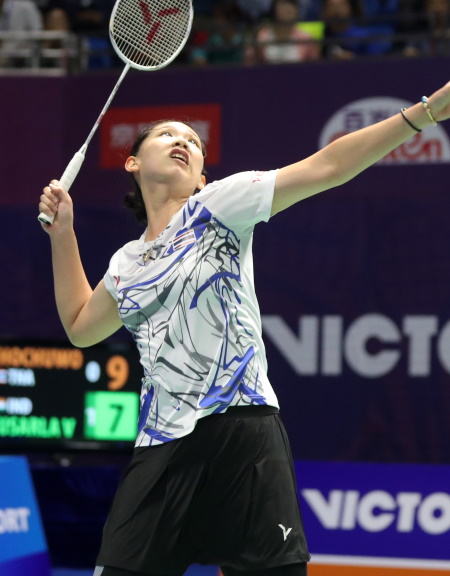 “I’m really happy to get into the quarterfinals of a Super 1000 event. She is the world champion and today I just gave it my all and fought every shot she played. Today’s really a good day for me,” said Chochuwong, after the 58-minute match.

“The wind was shifting, and I just controlled my shots, I tried not to make any mistake,” added the soft-spoken Thai.

It has been a hard slog for the 21-year-old, who doesn’t possess the variety or the craft of her senior compatriot Ratchanok Intanon. She depends on a more workmanlike style to earn points, and while many of her generation made a name for themselves much before her, she has now begun to emerge out of the shadows of her more illustrious seniors and contemporaries.

Although Chochuwong had a few good wins last year – including over Nozomi Okuhara, Chen Yu Fei and Aya Ohori – her season overall was quite inconsistent, with the highlights being the Malaysia Open and the Hong Kong Open, where she made the quarterfinals.

This year has seen her step up a level. She started the year well, with semifinals at the Thailand Masters and quarterfinals at the Indonesia Masters, where she beat Akane Yamaguchi in the second round.

At the Malaysia Open, en route to another quarterfinal, she beat Saina Nehwal; got the better of Yamaguchi again at the Sudirman Cup, and clinched a semifinal spot at the Thailand Open.

Ranked No.22 in December, her performance this year has seen her rise to a career-high No.14. If Chochuwong keeps her foot on the pedal, she might well achieve, in the not-too-distant future, something she has never won – a top-tier title.