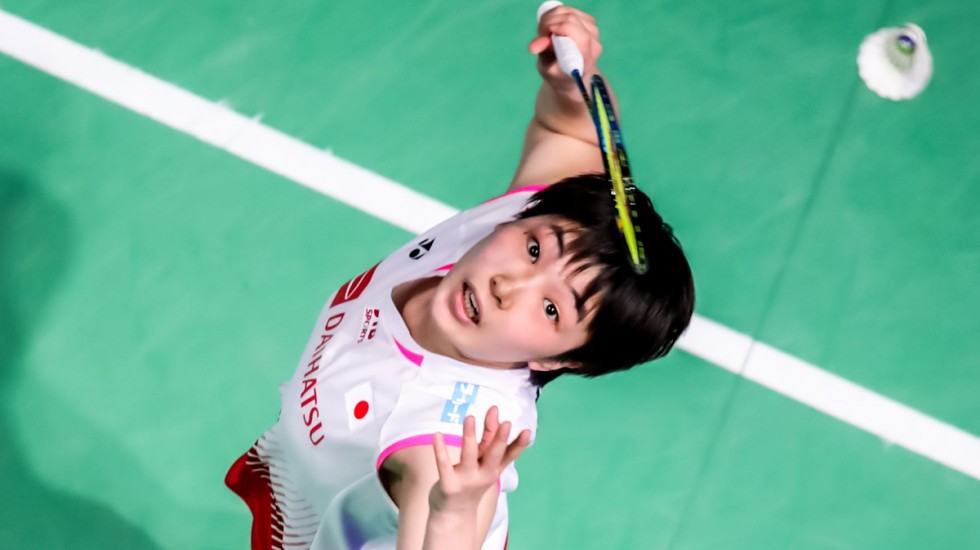 Akane Yamaguchi was rewarded for her dream spell in Indonesia and Japan as she climbed to the top of the BWF women’s singles rankings.

The Japanese, who won the Indonesia Open and the Japan Open on successive weeks, will claim the No.1 ranking from Tai Tzu Ying. Yamaguchi was briefly No.1 for two weeks in April 2018, before Tai reclaimed the top spot that she has held for a fairly long period.

The last two weeks have seen Yamaguchi enjoy some of the best form of her career, as she won the World Tour Super 1000 event in Indonesia, followed by the Super 750 title in Japan – giving her a total of 23,000 points from just the two weeks.

Yamaguchi was assured of becoming No.1 after she made the semifinals in Japan. Reacting to the news, she said: “Earlier, I used to focus on playing well and not on winning. I’m more conscious today. I’ve grown as a player, I’m mentally more focussed and stable and able to control pressure. I’m happy but I feel a lot of fatigue!”

Yamaguchi’s reclamation of the top spot is a tribute to her consistency. In the 52-week period that is considered for the rankings, she played 19 individual tournaments, of which she won five and was runner-up once. She was also in eight quarterfinals. Her only first round loss came at the Malaysia Masters early this year.

Ratchanok Intanon, Saina Nehwal and Carolina Marin are the others in the top 10.

Significantly, the latest world rankings have Japan at the top of three categories – men’s singles, women’s singles and women’s doubles.

World champion Kento Momota, who defended his home title in Japan on Sunday, continues to dominate the men’s singles rankings. Momota is 19,057 points over No.2 Shi Yu Qi, who had to retire from his second round match at the Indonesia Open with an ankle injury.

The big gainers in the latest rankings are Japan Open champions Kim So Yeong/Kong Hee Yong, who climbed four spots to No.9. Bulgaria’s Stefani Stoeva/Gabriela Stoeva have dropped one place to No.10.

The men’s doubles rankings are led by Marcus Fernaldi Gideon/Kevin Sanjaya Sukamuljo, who were boosted by successive wins in Indonesia and Japan. The ‘Minions’ have 102,153 points – over 15,000 points ahead of world champions Li Jun Hui/Liu Yu Chen.

Mohammad Ahsan/Hendra Setiawan – runners-up in Indonesia and Japan – retain their place at No.4, sandwiched between two Japanese pairs: Takeshi Kamura/Keigo Sonoda at No.3 and Hiroyuki Endo/Yuta Watanabe at No.5.

There is no change at the top of the mixed doubles rankings, with Zheng Si Wei/Huang Ya Qiong at No.1 and Japan Open winners Wang Yi Lyu/Huang Dong Ping at No.2.

Some way behind, at No.3, is Japanese duo Yuta Watanabe/Arisa Higashino, followed by Singapore Open champions Dechapol Puavaranukroh/Sapsiree Taerattanachai at No.4.

Chan Peng Soon/Goh Liu Ying, semifinalists in Indonesia and Japan, are at No.5, just ahead of Japan Open runners-up Praveen Jordan/Melati Daeva Oktavianti.

Indonesia’s Hafiz Faizal/Gloria Emanuelle Widjaja have climbed three spots to No.10, thanks to their semifinals performance in Japan.