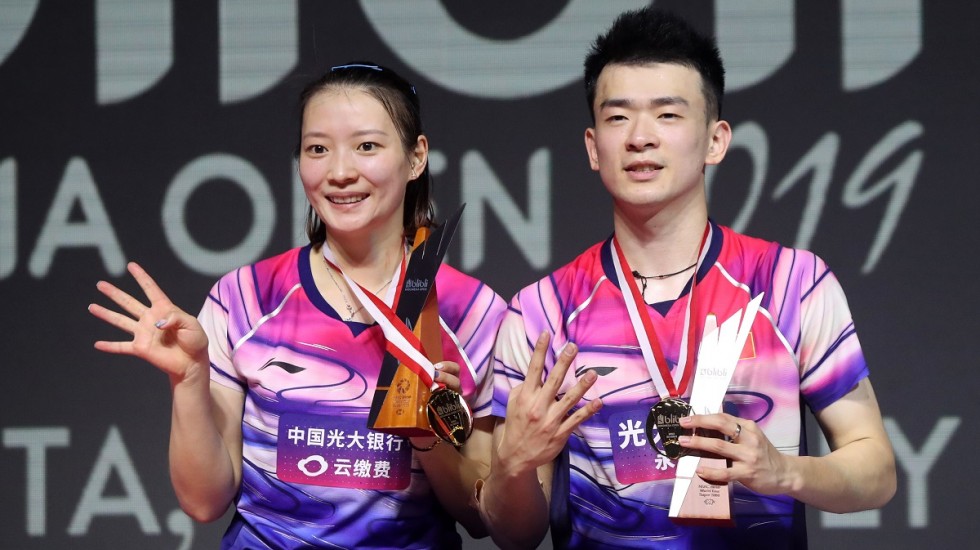 Zheng and Huang do it again.

The undisputed King and Queen of mixed doubles Zheng Si Wei and Huang Ya Qiong clinched a third Super 1000 title to add to their growing list of achievements with a convincing 21-13 21-18 win over second seeds and teammates Wang Yi Lyu and Huang Dong Ping.

The world No.1’s never faltered en route to their fourth title of the HSBC BWF World Tour season; and in the process completed the Indonesia Masters-BLIBLI Indonesia Open 2019 double.

“We are very happy to win. We have come to Indonesia twice this year for two wins,” said a delighted Huang.

Prior to today, they had dropped just one match against their compatriots and that never looked like changing as they raced through the first game 21-13.

Wang and Huang put up more of a fight in the second and led 9-6 early, but post-match confessed they simply weren’t up to it to defeat the formidable Zheng and Huang.

“We really wanted to win today but we weren’t good enough and did not prepare well enough for the match.”

The reigning HSBC BWF World Tour Finals champions now have 29 wins from 31 matches in 2019. Their only mishaps coming at the Singapore Open and Asian Championships.

Today it seemed they were capable of anything. At 16-11 in first, Huang single-handedly won the point herself – while lying down.

Zheng said afterward: “We had not previously won this title. So, we’re grateful to be able to win another Super 1000 event. The atmosphere inside the Istora was very lively and this motivated us more.

“Tontowi Ahmad and Liliyana Natsir were always so good here at their home event. It’s a big achievement to come to the Istora and finally win here after missing out in the last two years,” he said.

Ever the perfectionist, Huang told Indonesian media: “It was so loud inside the Istora that sometimes we could not hear the shuttle being hit. Maybe that is something we can improve so that if there is a lot of cheering happening, we can still hear the sound of the shuttle on the racket.”