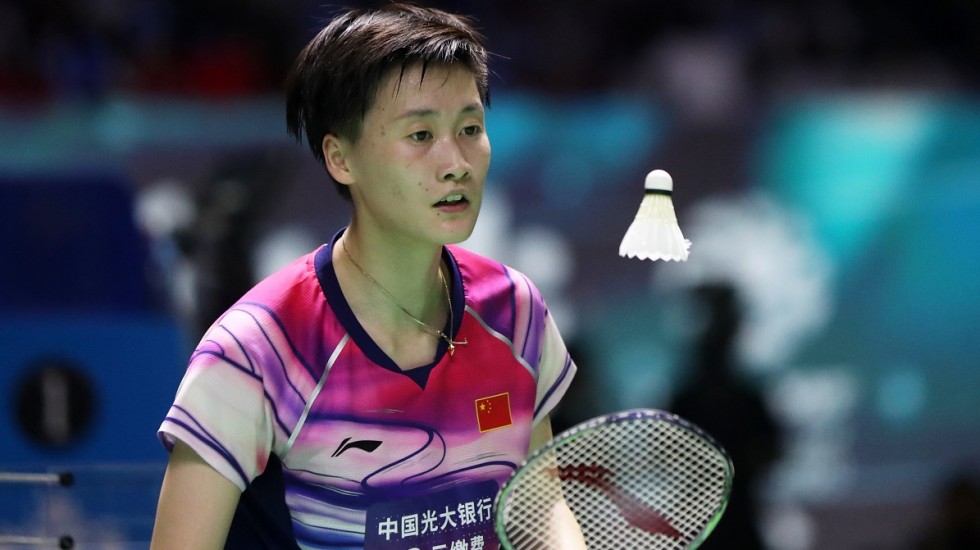 It was a battle, but Chen Yu Fei is through the semifinals.

Pre-tournament favourite Chen Yu Fei was tested for the second successive day of this year’s BLIBLI Indonesia Open 2019, pushed to a 21-14 17-21 21-16 result by USA’s Beiwen Zhang.

With the pressure of being China’s last player in the men’s and women’s singles draw following yesterday’s events in which He Bing Jiao and Chen Long both lost and Shi Yu Qi withdrew due to injury – plus the earlier exit of Kento Momota’s giant-killer Huang Yu Xiang – Chen was able to tip-toe her way through a tight encounter against a relentless Zhang.

The winner of the first Super 1000 event of the season in Birmingham, Chen took the first game of the quarterfinal in Jakarta 21-14 in seemingly effortless fashion.

However, Zhang raised the bar in the second and caught Chen out in and around the net. It was the first meeting between the pair and Zhang’s style and deft of touch certainly gave her the advantage as she closed it out 21-17.

As the match reached a crescendo, Chen was able to create a buffer at 15-12 in the decider. Zhang kept nibbling away and won crucial points to make it 15-14. But that was the end of her challenge as the No. 2 held her nerve to win through to the final four.

Chen said of her performance: “It was the first time we met. I was not familiar with her play.

“I had some difficulties in the second game, both with her style and also the slow shuttlecock.

“Whoever I play next I will do my best to prepare for the contest.”

Christie held an 8-1 record ahead of the encounter including victory in the Asian Games final at the very same arena 12 months’ ago.

But Chou, fresh off a strong showing against Lin Dan yesterday, overpowered Christie in the deciding game to deflate the home crowd hopes.

Christie said afterwards: “The result is quite unfortunate because in the second game I led and I could not utilise the opportunity. Then in the last game Chou was more confident.”

Chou’s sole victory over the Indonesian prior to today was at the Sudirman Cup in May this year.

Chou, now the only seed left in the men’s singles draw, takes on Thailand’s Kantaphon Wangcharoen for a place in the final.

Wangcharoen reached his first Super 1000 semifinal with a clinical 21-10 21-17 win against Huang Yu Xiang earlier in the day.

It will be a tough task for the Thai, however, with Chou holding a 3-0 lead.

The semifinal should be a closer affair with Lee and Shin edging the head-to-head 5-4.

Hopes of an all-Indonesian men’s doubles final are still alive.

There has not been an all-Indonesian men’s doubles final since 2005 when Markis Kido/Hendra Setiawan defeated Candra Wijaya/Sigit Budiarto.

“I hope the injury I suffered in my match against [Hans-Kristian Solberg] Vittinghus yesterday does not get worse.” – Jonatan Christie