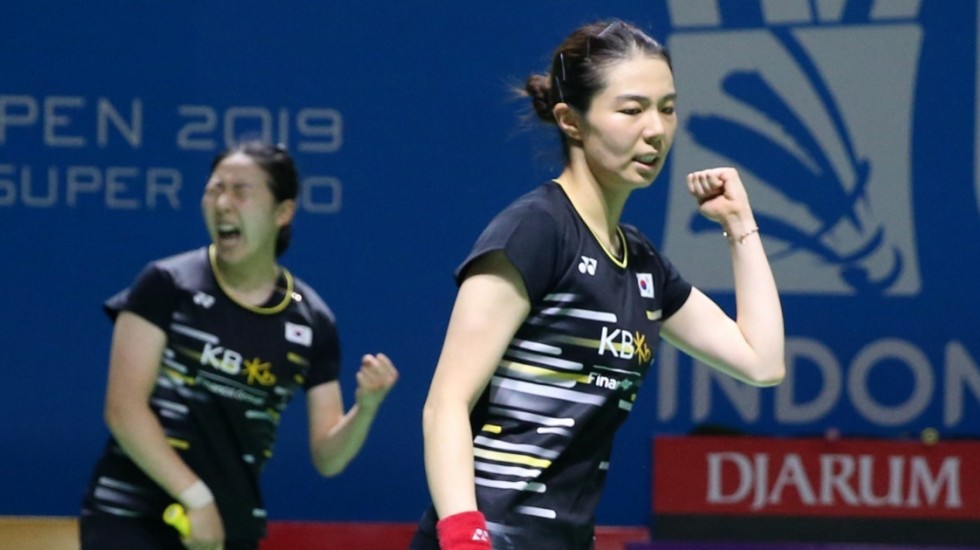 A sparkling performance from Kim So Yeong and Kong Hee Yong saw them through testy times against home favourites Greysia Polii and Apriyani Rahayu at the BLIBLI Indonesia Open 2019 today.

The Koreans came together as a steady pair only this year, and they couldn’t contain their excitement at having made their first Super 1000 quarterfinal.

The 94-minute battle was a blitzkrieg of smashes from both ends as big hitters Rahayu and Kong Hee Yong let it rip. However, it was Kim So Yeong who had a fabulous match. Livewire in movement, assisting Kong in the deep and darting forwards to poach, Kim was the difference between the two sides in the middle of a torrid contest which saw both pairs contesting line calls and the crowd getting into the action.

“It feels great to make the quarterfinals of the Indonesia Open,” said Kim. “We have been together as a pair only this year, and we spent a lot of time watching videos of other pairs. This is a big day for us as we beat strong opponents.”

Wangcharoen made his second Indonesia Open quarterfinals with a fearless game against Ginting.

It wasn’t so much the result – for he beat Ginting at their last meeting in France – but the manner of it that stood out. Up against the crowd and the quick-moving, hard-hitting Ginting, Wangcharoen responded with a breezy approach. The smashes from the deep were hit without any self-doubt; at the net he dared to keep it close to the tape, winning most of the exchanges.

From 12-all in the third he steadily built a lead, and in the face of spirited resistance from Ginting, kept his nerve on the dramatic final point to nail the match 22-20 11-21 21-19.

“I decided to play free, without feeling any pressure,” said Wangcharoen. “I was a bit lucky because he made a few mistakes. I’ve had good results this year because my new coach Agus has been working on improving my mental strength.”