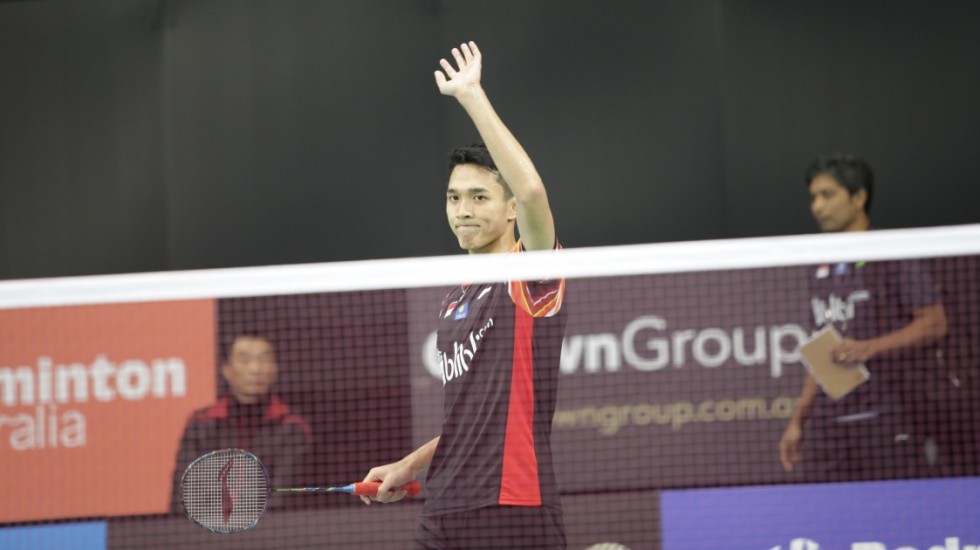 The Indonesian improved his career record against Lin to 3-4 following the 21-9 24-22 result in 46 minutes, which gave him a last-four place against top seed Chou Tien Chen. Christie’s compatriot Anthony Ginting takes on Wang Tzu Wei in the other Indonesia-Chinese Taipei semifinal.

“This is the third time this year I’m making the semifinals, so I’m very happy, of course,” said Christie. “The second game was very tough. Lin Dan played very well, he’s one of the best in the world, he has experience, he has many titles. This is the second event in the Olympic race. I hope to win this tournament, but I must prepare for tomorrow first against Chou Tien Chen. I lost to him last time at the Sudirman Cup, but I will try my best.”

The lower half of the draw will be an all-Japanese affair, with Misaki Matsutomo/Ayaka Takahashi taking on Yuki Fukushima/Sayaka Hirota.

Chen Qingchen and Jia Yifan pulled it back after dropping the first game to defeat Korea’s Lee So Hee and Shin Seung Chan 15-21 21-19 21-17.

“Our opponents are really good at attacking, we feel lucky to win this match. We kept our self-belief to keep defending in this 85-minute match and win the last two points,” said Chen Qingchen.

“Lee and Shin both are good at smash and defence. Their physical condition was not perfect earlier because of their injuries. In this match, we all performed really well and tried our best to gain each point.”

Thailand had a good day in the women’s singles, with Nitchaon Jindapol and Ratchanok Intanon making the semifinals. Intanon got the better of Sung Ji Hyun, 21-18 21-11, to book a semifinal against top seed Nozomi Okuhara, while Jindapol will face second seed Chen Yufei after beating compatriot Busanan Ongbamrungphan.

“The last match we played was a long time ago,” said Wang Yilyu. “We have made some progress since then, we’ve improved our physical condition and our playing tactics this year. That’s why we played much better in this match.”