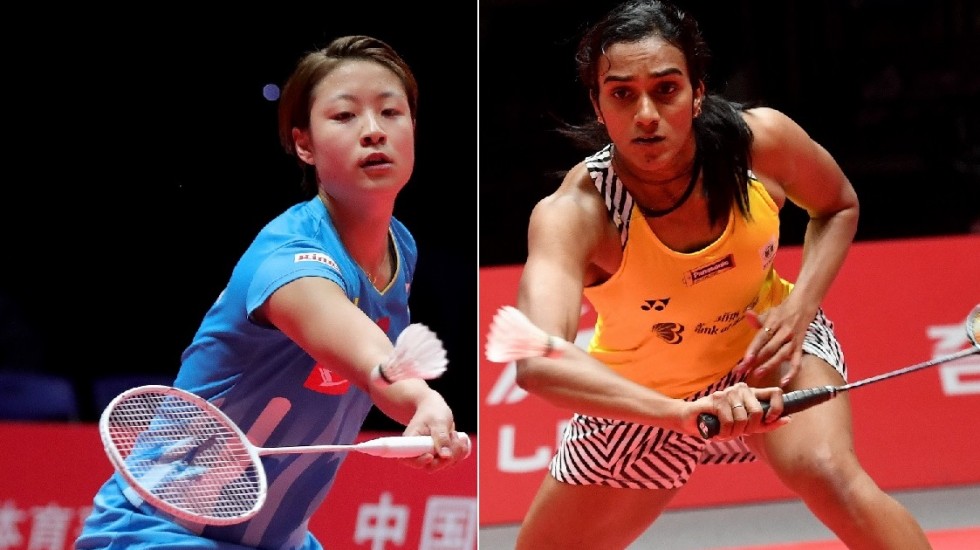 Badminton fans, get ready – Nozomi Okuhara and Pusarla V Sindhu are coming to your screens again in another blockbuster! 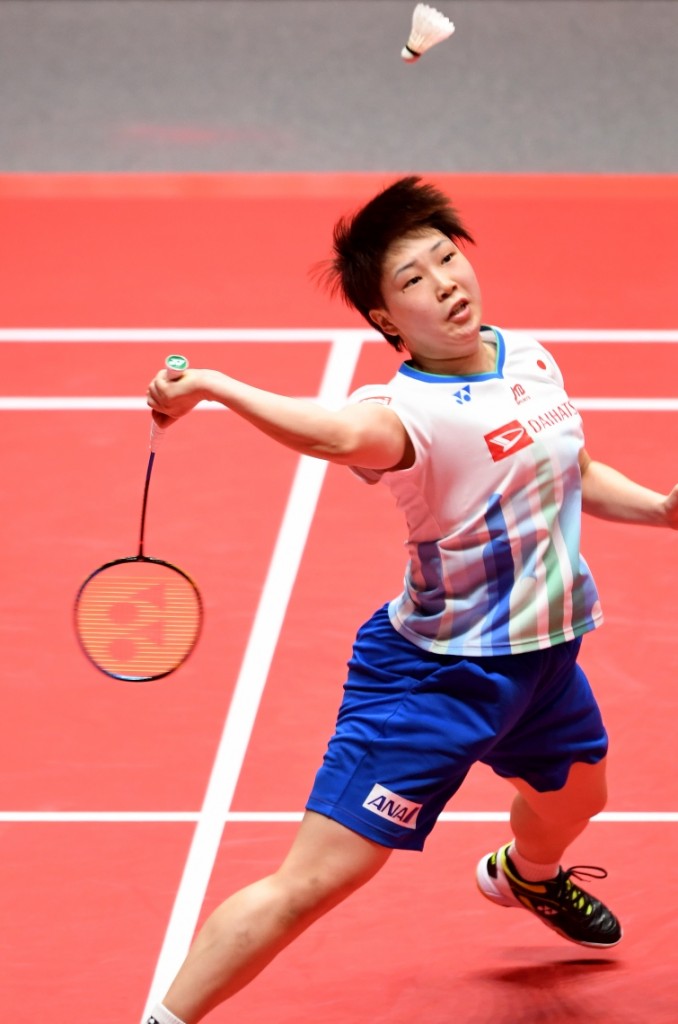 The fast-growing rivalry between two of the biggest Women’s Singles stars will add another instalment tomorrow when the fierce competitors clash for the season-ending championship at the HSBC BWF World Tour Finals in Guangzhou, China.

Both players advanced to the gold-medal showdown in straight games this afternoon, Okuhara (featured image; left) having the measure of her compatriot and defending champion, Akane Yamaguchi, while Pusarla (featured image; right) withstood a spirited surge from Ratchanok Intanon at the end of the second game. The Thai ace – who won the World title at the same Tianhe Gymnasium in 2013 – failed to capitalise on three game points as her big-hitting and long-reaching opponent prevailed 21-16 25-23 to reach the Finals showpiece for the second successive year.

Earlier, smooth operator Okuhara ended Yamaguchi’s quest for back-to-back Finals titles, efficiently repelling her teammate’s challenge, 21-17 21-14. The result marked a heartening return for the 2016 Finals champion who was unable to defend her crown last year due to an injury to her right knee.

“Last year, I couldn’t imagine that I would be here this year. I am very happy,” declared the diminutive 23-year-old.

In both semi-finals, it was not that the vanquished semi-finalists played badly but rather that the winners played better and, more importantly, took their chances. Okuhara and Yamaguchi dovetailed in their assessments of the key factor today – Okuhara’s unerring accuracy and patience during some exacting rallies. Her movement was also superior to Yamaguchi’s.

“I hardly got chances to attack her. I tried to speed up at the end but Okuhara still had control,”

Meanwhile, Pusarla’s power and precision in her shot selection, plus her relentless retrieving ability, were to the fore in her conquest over one of the World Tour’s trickiest campaigners.

“I was patient, even when I made errors,” noted Pusarla, also 23 years of age. “I have improved mentally. Like the end of the second game, before I would have been nervous when she came back and got game points, but today I was focused on the next point and remained positive.”

Lamenting her inability to seize control, Intanon explained that Pusarla was “getting points easier than me”.

“I had to use lots more energy and, even when I got game points, things just didn’t work for me,” observed the 23-year-old Bangkok native.

As attention turned to the blockbuster finale, Pusarla predicted another long, tough battle versus the woman who denied her the World title in a 110-minute epic in Glasgow, Scotland last year.

“It will not be easy because we know each other’s styles,” said the player haunted by the fact that she has always faltered at the finish in big finals. 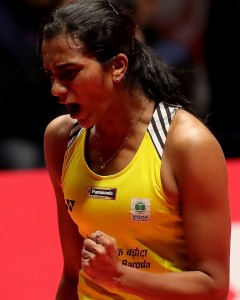 For the last two seasons – since claiming silver at the Rio 2016 Olympic Games – Pusarla has collected that colour medal on every big occasion; two World Championships, last year’s season finale as well as this year’s Asian Games and Commonwealth Games. To ascend to the highest step of the podium is her greatest – if deliberately under-stated – wish.

“I hope that ending the season, I can win gold. Definitely, it would mean a lot. I would not call it pressure. I will just play freely, like how I have played these last four matches and, if I win it, it will be very important for me,” she said emphatically.

Reacting to the news that she will play Pusarla for gold, Okuhara cited her arch-rival’s long reach as a distinct advantage, thus making for a difficult match.

“Sindhu is very aggressive so my defence will be important. I will have to be very fast and to be wary of her attacks. Just like in the World Championships, I will give my best,” vowed the No.2 seed.

Meanwhile, home fans celebrated China’s retention of the Mixed Doubles championship, won by Zheng Siwei and Chen Qingchen for the past two seasons. This time around the coveted honour will go to either Zheng and Huang Yaqiong or China’s No.2 pair, Wang Yilyu and Huang Dongping. 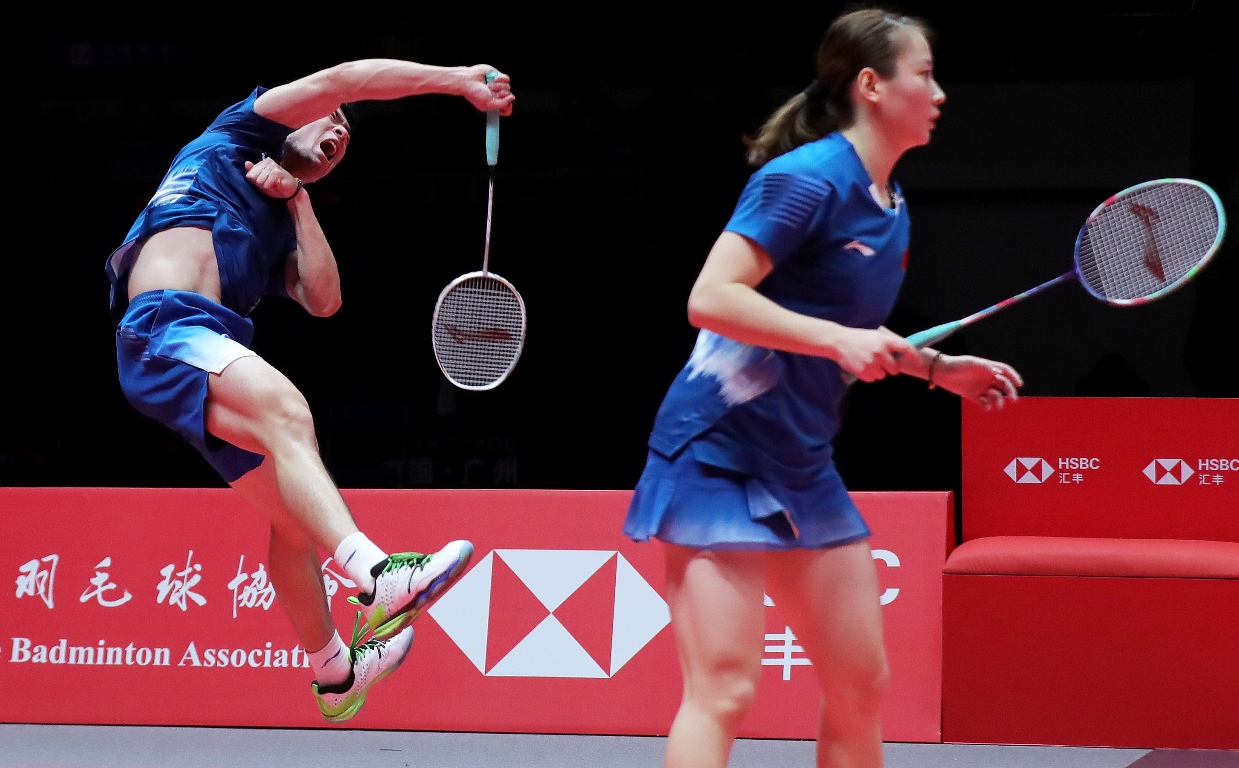 Both partnerships were forced the distance in contrasting matches. First, Wang/Huang weathered a gritty fightback from Japan’s Yuta Watanabe/Arisa Higashino, winning 21-9 19-21 21-13. Later, it was top guns and title favourites, Zheng and Huang, to show their mettle. The World champions had to come from a game down versus Thailand’s Dechapol Puavaranukroh and Sapsiree Taerattanachai. Ultimately, they prevailed 19-21 21-14 21-12 in 57 minutes.