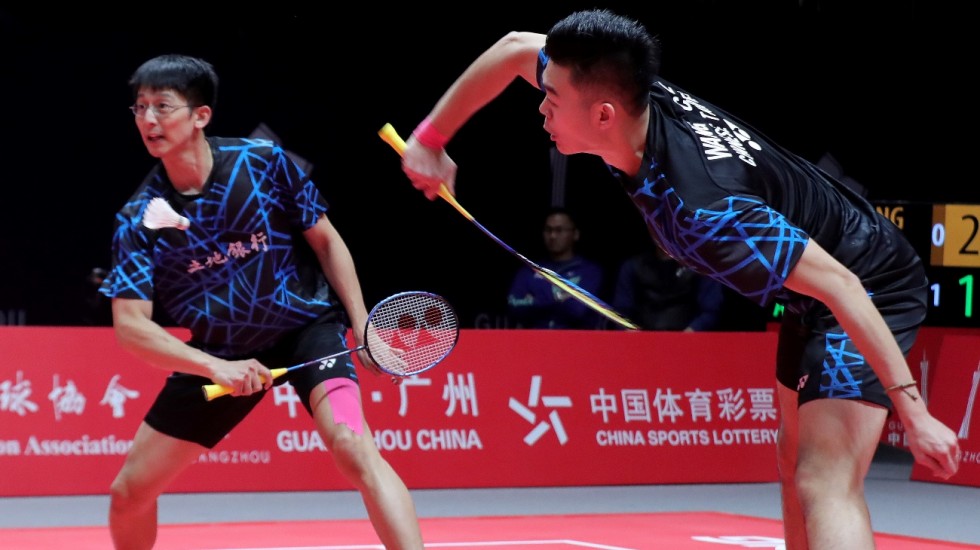 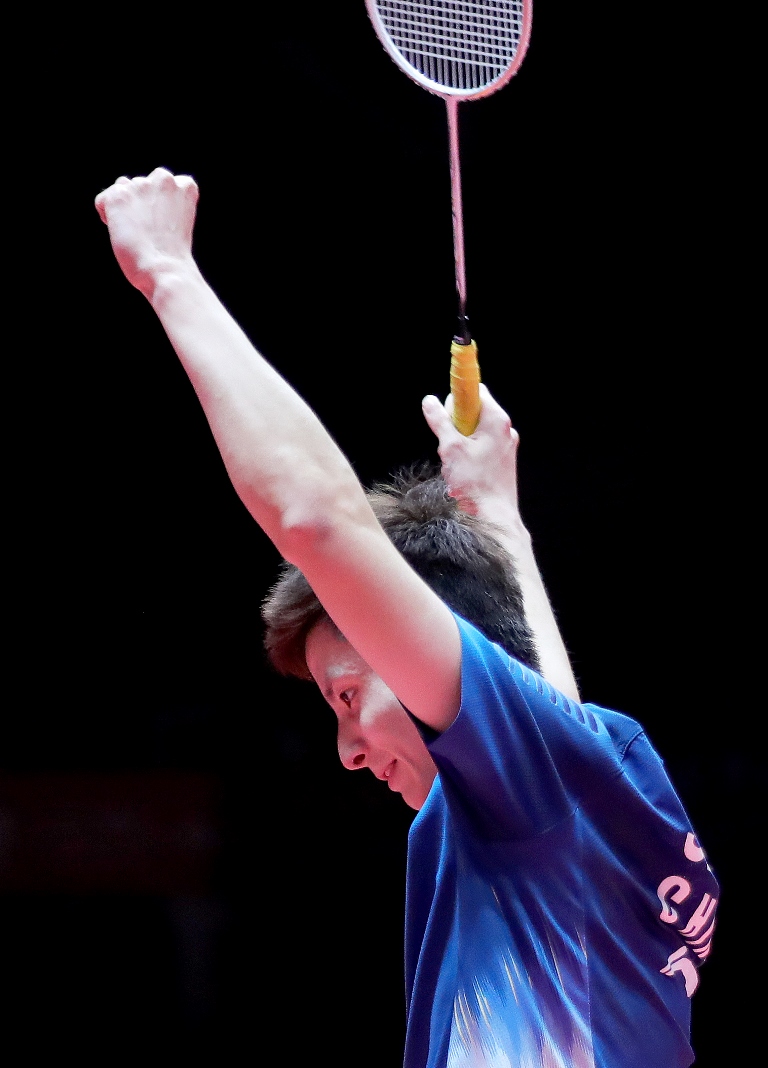 The Chinese Taipei duo rebounded from a game down to oust veteran Indonesians, Mohammad Ahsan and Hendra Setiawan, 13-21 21-18 21-14 in 50 minutes at Tianhe Gymnasium. They completed victory with Chen punching the winning shot at net to ensure they finished second to Japan’s Hiroyuki Endo/Yuta Watanabe in Group B, thus reaching the weekend of the prestigious season finale in Guangzhou, China.

“We weren’t up to speed at the start of the match but we got better in the second and third games and our performance improved,” said 23-year-old Wang.

His partner, aged 32, noted they have faced extremely tough opposition in the round-robin phase and have used a lot of energy. Asked about their physical condition to continue waging war versus other top contenders, he said he will wait and see how he feels tomorrow.

Ruing their inability to capitalise on capturing the first game, as well as a 13-9 lead in the second and keeping pace with their opponents until 14-14 in the decider, the Indonesians said they could not wrestle control at key moments.

“In the third game, they were confident and they played very well, especially the drive – and they attacked a lot,” assessed a disappointed Setiawan.

The result proved a double whammy for Indonesia following the earlier Group A news that defending champions, Marcus Fernaldi Gideon/Kevin Sanjaya Sukamuljo, had withdrawn from the tournament

due to Gideon suffering a neck injury. This development ensured the progress of China’s Li Junhui/Liu Yuchen and Kim Astrup/Anders Skaarup Rasmussen – the lone Danes in the event – to the semi-finals.

By contrast, Chen and Wang’s success boosted their compatriots’ spirits in the wake of Chou Tien Chen’s demise in Men’s Singles. The top qualifier in the HSBC Race To Guangzhou standings failed in his mission to reach the semi-finals. Needing to beat China’s Shi Yuqi in straight games, Chou saw his hopes dashed as Shi blazed away from 16-16 to grab the first game. The final score was 21-17 21-19 to the hometown star.

“I don’t think either of us played very well today. The main difference was that I played well on the crucial points. I’ll have to wait for the (semi-final) draw but, since I am already in the semi-finals, I hope to perform better and progress to the final,” said the 22-year-old Chinese. 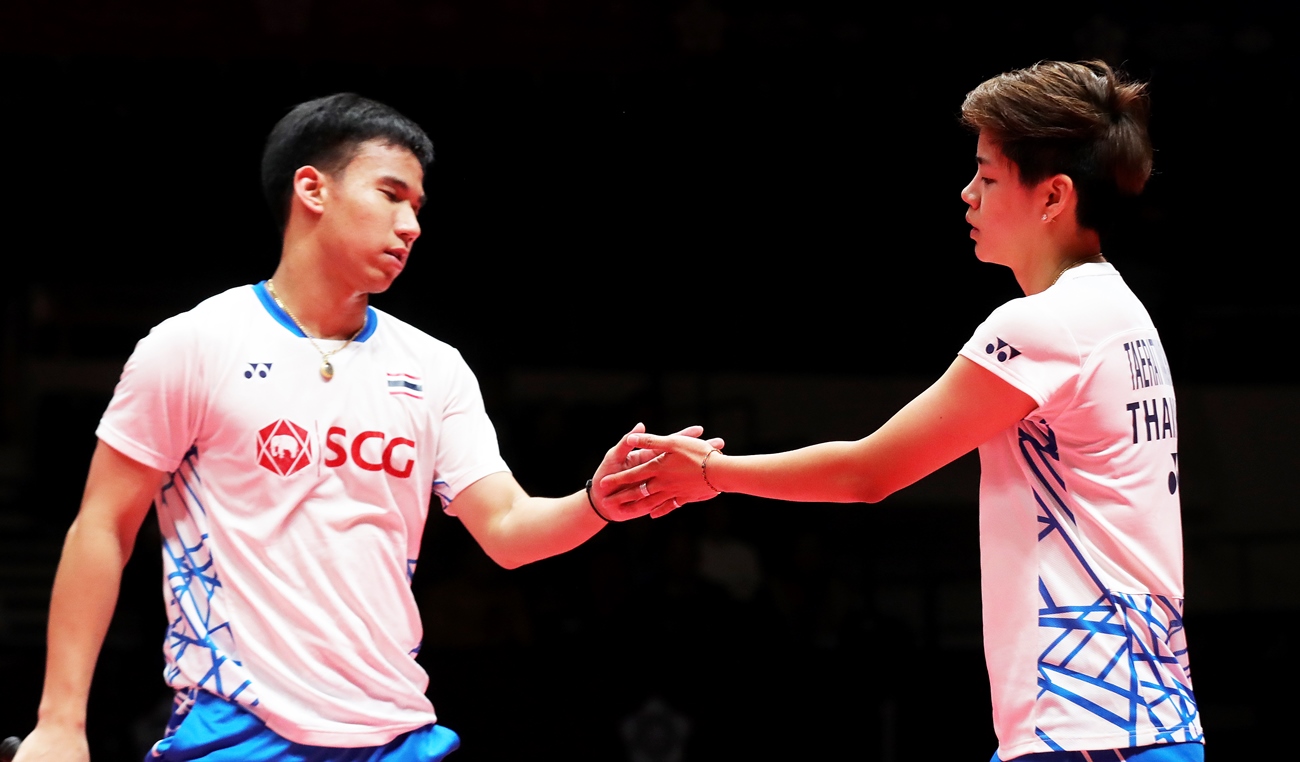 The other significant result was Ratchanok Intanon’s progress to the Women’s Singles semi-finals. Regrouping after her loss against an ominously good Nozomi Okuhara yesterday, the Thai ace thwarted Canada’s Michelle Li (21-13 21-12) as Group B wrapped up. Okuhara, who had already won two matches, topped the standings despite the retirement of China’s Chen Yufei early in their clash today. 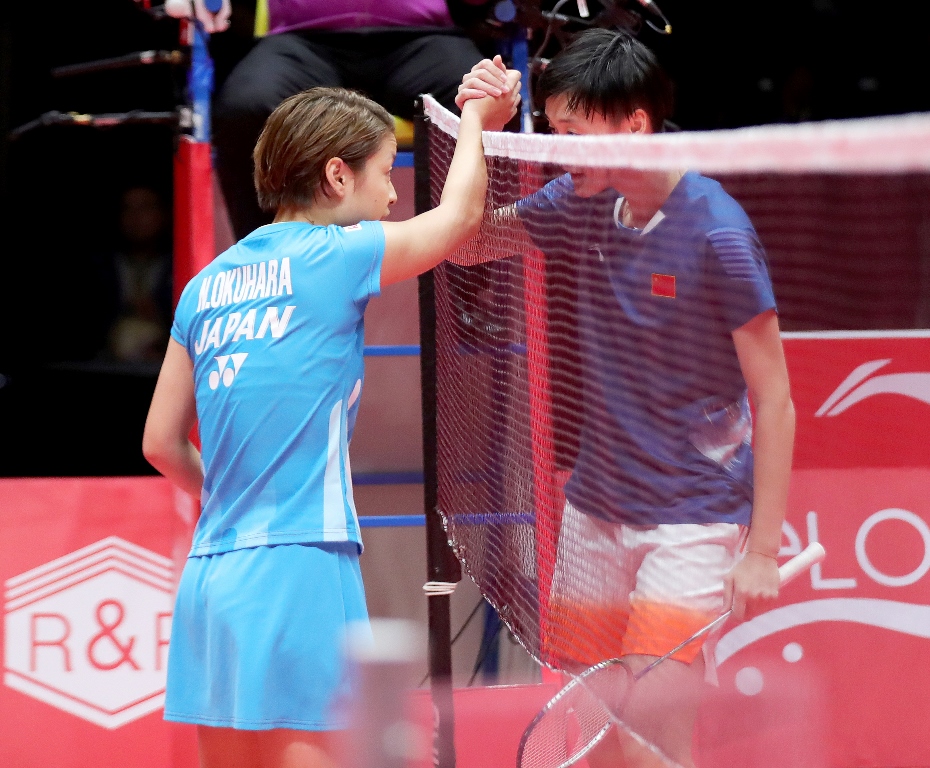 “I tried not to pressure myself too much today. I put aside mistakes and tried to concentrate better on my shots,” said Intanon who finished second in the group.

Hong Kong-born Li noted her rival’s attack and fast movement was too good for her. Intanon, she said, was “on top of everything” and did not give her a chance to get into the match. Looking ahead to next season, the 27-year-old hopes to “invest in a physio”, stating she could feel the toll which competing in a high-level event like the Finals has taken on her body.