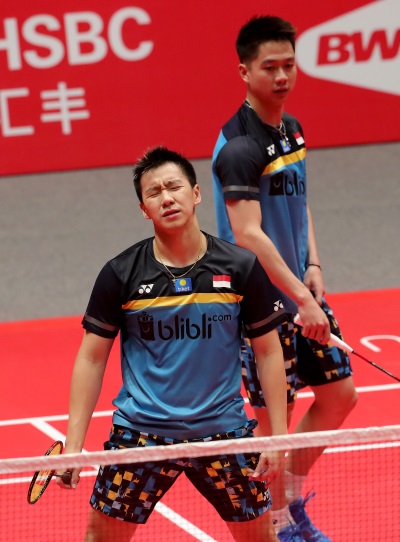 Indonesia’s ‘Minions’ had won all of their last eight matches to the current world champions; their only loss was in their first encounter more than three years ago. Today the Chinese had a grip on the proceedings from the start, keeping the Indonesians under attack through most of the 54-minute encounter. While Gideon and Sukamuljo did have their chances – notably in the second, when they shook off a spell of indifferent play to get more proactive and earn three game points – Li and Liu did well to absorb the pressure and play error-free badminton when it mattered, taking the match 21-18 24-22.

The Minions have to beat China’s Han Chengkai and Zhou Haodong tomorrow and hope Li and Liu beat Denmark’s Kim Astrup/Anders Skaarup Rasmussen to avoid the possibility of exiting the event on countback.

“We had many chances to defeat them previously but we made too many mistakes,” said Liu Yuchen. “They had game points in the second game but we were able to focus on playing our own game. The Indonesians are uncomfortable with our style of play but we could never maintain our style and instead got drawn into their style and pace. This is why they had been beating us.”

In another match of Group A, Kim Astrup and Anders Skaarup Rasmussen won their fourth straight match against young Chinese duo Han Chengkai/Zhou Haodong to keep their hopes alive of qualification to the knock-out stages.

The Danes barely did a thing wrong as they kept things tight from start to finish against the fast-emerging Chinese pair, winners of BWF’s Most Promising Player of the Year award. Having closed out the match 21-17 21-19, the Danes thanked senior compatriot Joachim Fischer Nielsen.

“Joachim Fischer was commentating on our match yesterday, and he said we have to believe that we can win matches and believe in our play, so today we had a different attitude, we really believed in ourselves. It was really good advice from him and we found our energy and fight on court. Huge thanks to Joachim Fischer,” said Rasmussen. 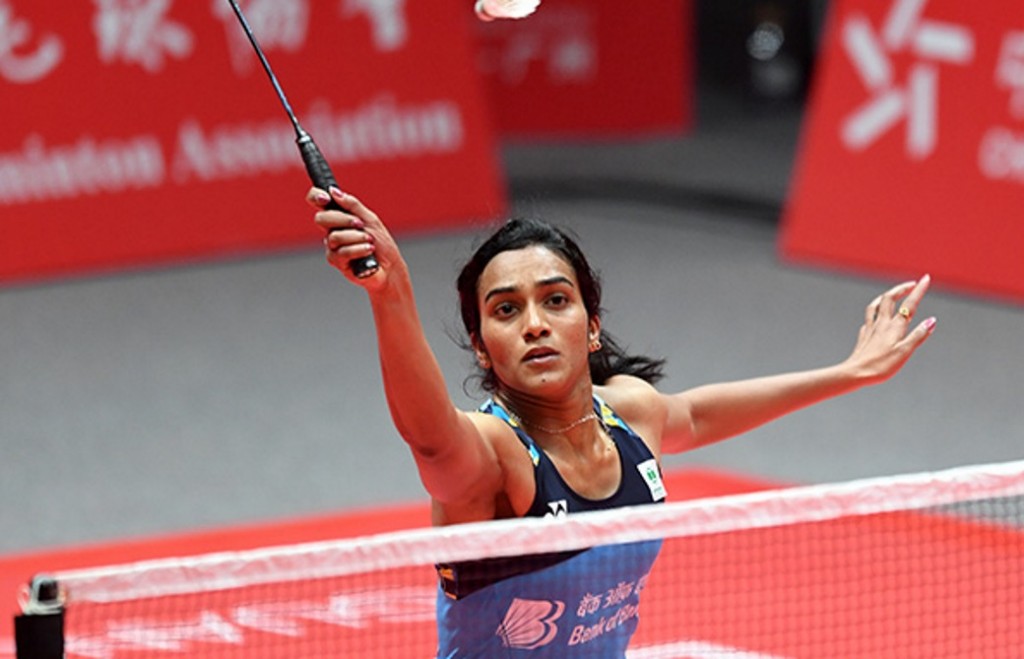 Pusarla V Sindhu inflicted a rare defeat on Tai Tzu Ying this year, scoring her first victory over the top seed since the Rio Olympics in August 2016.

Since then, her opponent has had the better of her in six encounters, including two this year.

Pusarla’s victory was built on her tremendous fighting qualities. Tai, true to style, had crafted a web in the first game in which the Indian found herself entangled in, but she extricated herself from it with a gutsy display.

Outmanoevred by the wristy trickery of her opponent in the rallies, the Indian kept herself going until she spotted an opening. Tai, clinical in the first game, started to get erratic when faced with her opponent’s stubbornness in refusing to let the shuttle fall; by the third game the errors had got so numerous that the Indian had a nice cushion at 18-14 and 20-16.

There was some drama at the end, with a review on match point going Tai’s way; the top seed inched to 18-20 and had all but won herself the next point before she went for too extravagant an angle with the Indian stranded at the net. It was a gift duly appreciated as Pusarla sank to the ground in celebration.

“Each point was hard fought,” said Pusarla. “There were long rallies with good strokes, she was very deceptive and I had to be ready for her strokes. Even though I was trailing in the third game I didn’t lose hope and I kept fighting. Even at the end when I had a lead I was trying to win every point and I had to keep my focus.”

Japan’s Akane Yamaguchi easily beat USA’s Beiwen Zhang 21-10 21-10 in the same group and her progress in the tournament will depend on the result of her clash with Tai tomorrow. Pusarla has booked her semifinal place. 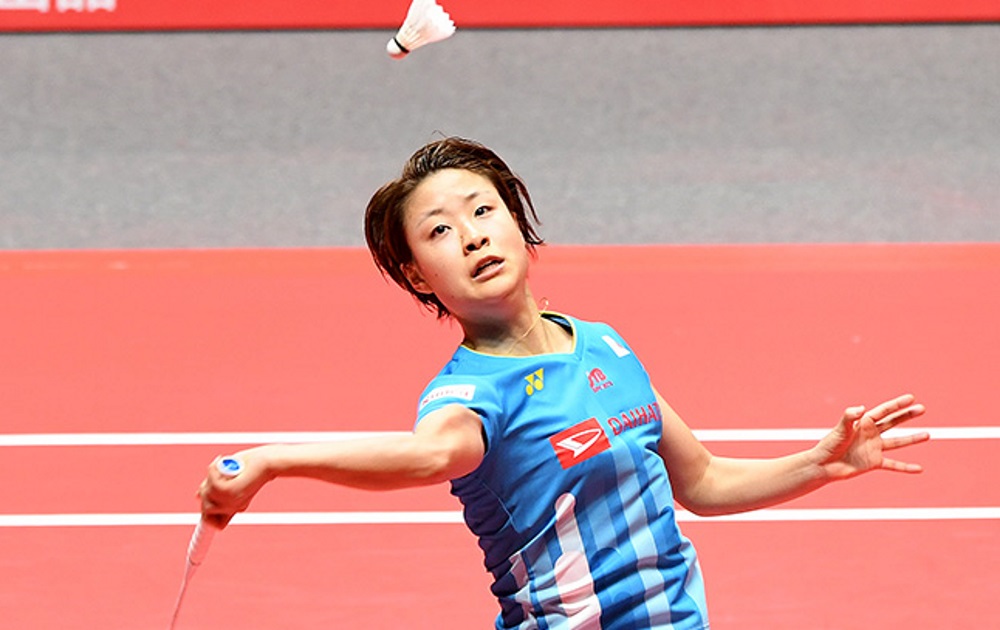