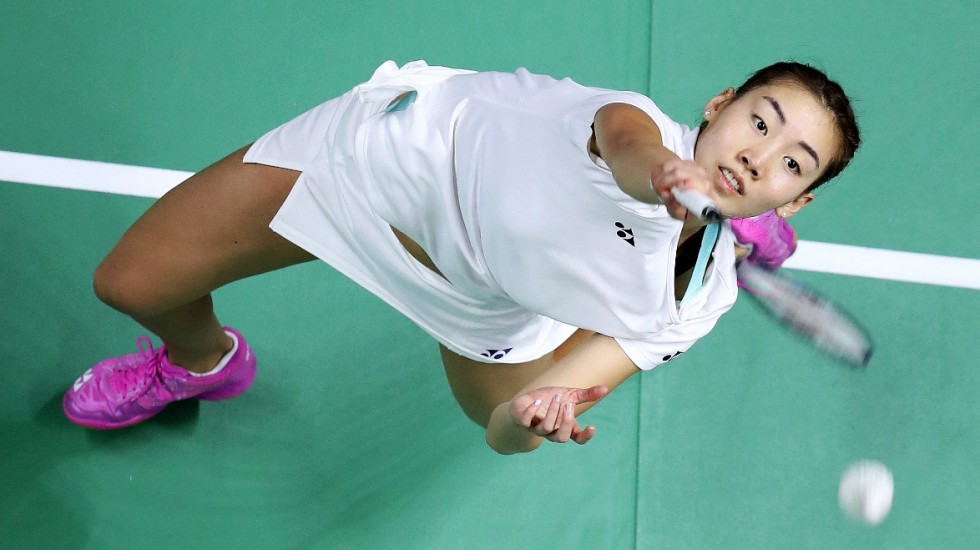 One is the overwhelming Finals favourite; the second is among a few players to have beaten the favourite this season and the third is last year’s Finals runner-up who is yet to claim a title in 2018.

These are but three of the intriguing Women’s Singles storylines at the upcoming HSBC BWF World Tour Finals 2018, with that category continuing to produce compelling contenders and amazing matches which have fans glued to their screens globally.

Queen of the world, Tai Tzu Ying, has savoured another outstanding season, lifting six World Tour titles and becoming the first women’s solo player to surpass the million-dollar mark in career earnings. Her all-court wizardry and usually calm persona have combined to gift the Chinese Taipei star with the exceptional ability to canter away and crush opponents, to tough out close battles or to conjure up 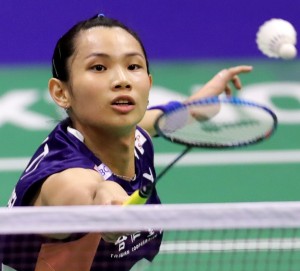 brilliant comebacks – remember her resurrection from 16-20 down versus Carolina Marin in the decider of their PERODUA Malaysia Masters 2018 semi-final?

The 24-year-old with the angelic smile will bring all this – plus two Finals championships in the last four years – to Tianhe Gymnasium in Guangzhou, China, as she seeks the exclamation mark to another stellar year.

“This is one of the tournaments that I have targeted to win,” said Tai who will take nothing for granted having perished in the round-robin stage at last year’s Finals.

“I will have to play at my best in every match…(because) from the first match of a World Tour Finals, you meet someone ranked in the top eight or ten, so it’s much tougher. If I lose a group match, and elimination is decided by points, there is a possibility that I might not progress to the knockout stage.”

Depending on the draw, Tai could face an early test from the pride of Thailand, Ratchanok Intanon, who equals her in skills and unpredictability. The latter prevailed in their compelling Malaysia Masters finale in January and her rare ability to unsettle Tai will again be a priceless weapon should these two players clash. 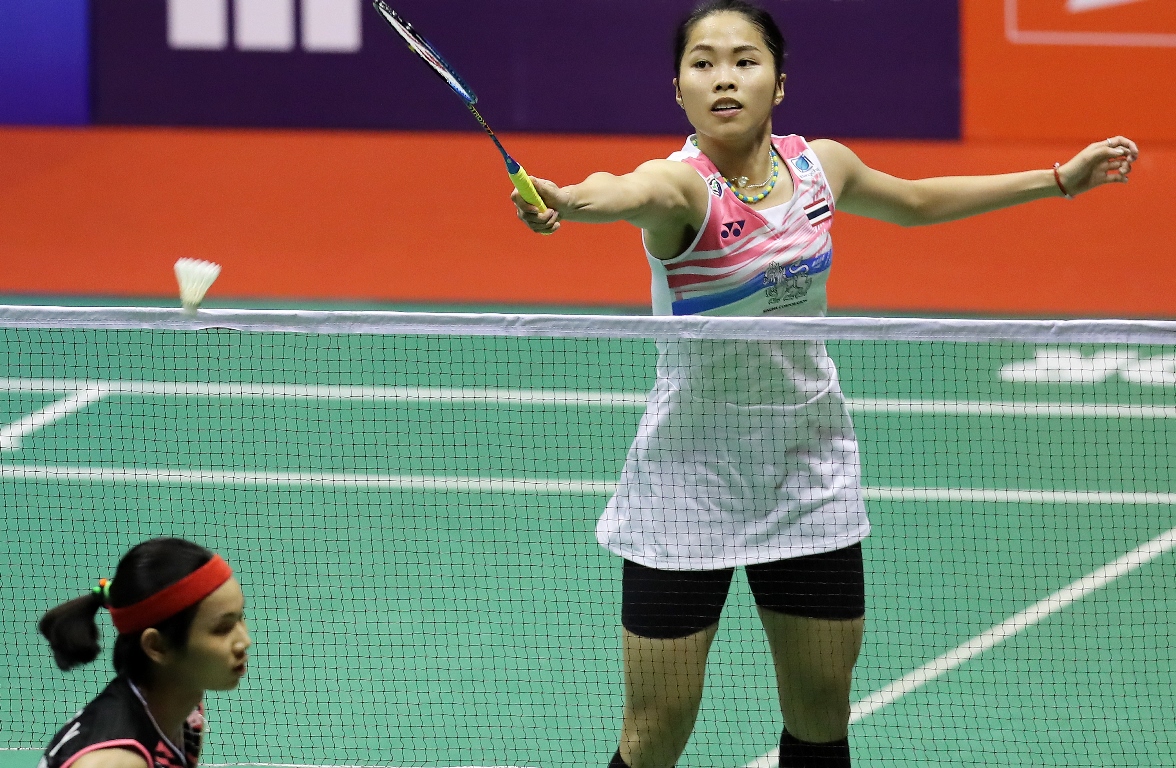 “I am very comfortable playing against Tai, maybe because we have similar styles. I realise that sometimes she is under pressure and uncertain about her shots,” noted 23-year-old Intanon.

“She is a strong opponent and our matches are not easy. I have to keep running and moving but I am not afraid.”

As for the Finals, the 2013 World champion would dearly love to triumph in the season-ender, thereby achieving “one of my career goals”.

“Women’s Singles is very tough. It not just the top eight – all the players are more experienced. My preparation is going well and I will have to focus on every shot and create the opportunity for me to win.” 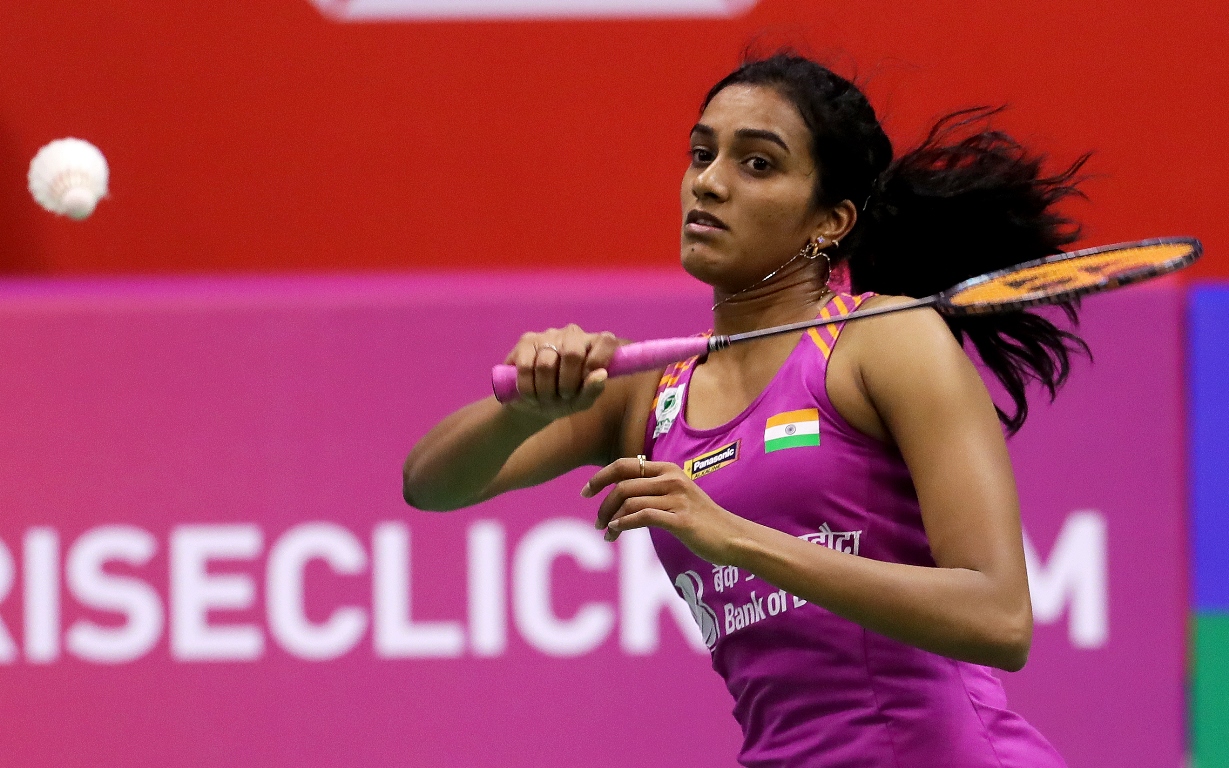 Over in India, Pusarla V Sindhu is leaving enough space in her luggage for the HSBC BWF World Tour Finals Trophy. Bitterly disappointed to lose to Akane Yamaguchi in the title-decider at last season’s Finals, the Olympic silver medallist is determined not to falter this time around.

“My preparation for the Finals has been going well. All the top players are in good form so I expect a tough tournament and I am ready. I have been in some big finals this year – the World Championships, Asian Games, etc. – but I haven’t won the titles,” said 23-year-old Pusarla candidly.

“So, I have been trying to figure out my mistakes and how to rectify them.” 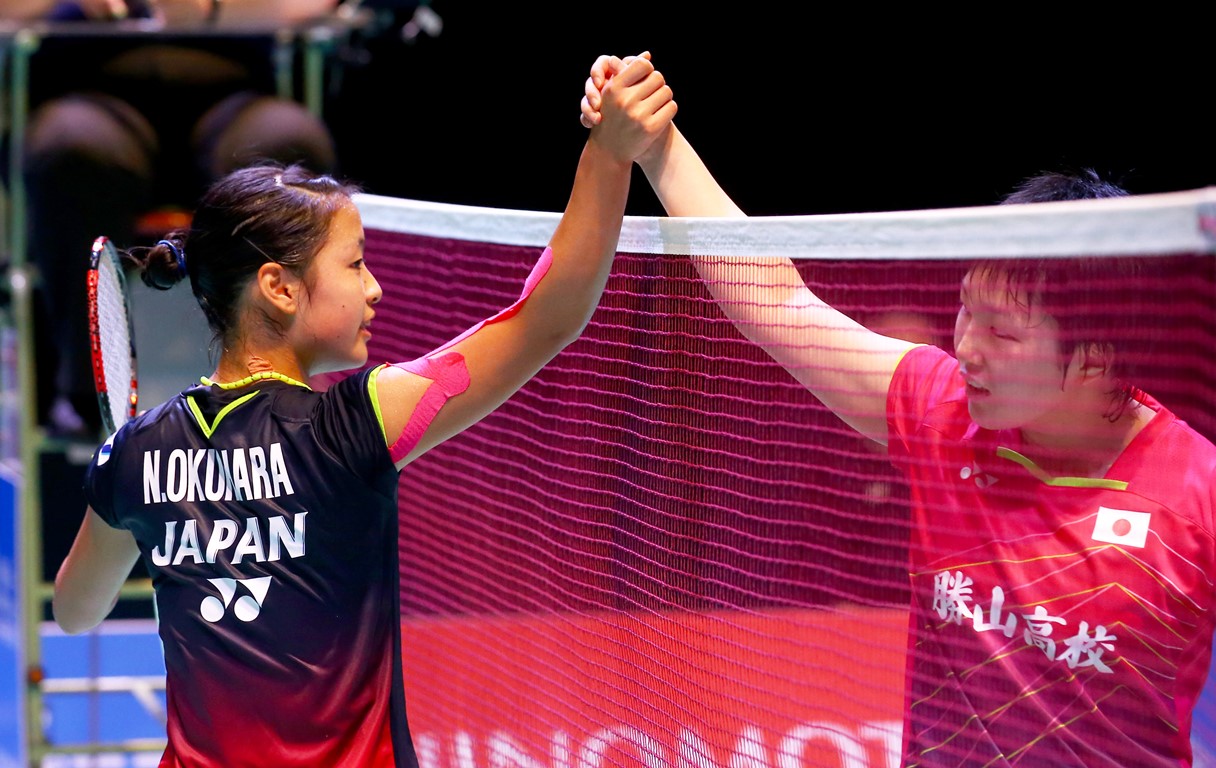 Meanwhile, Japan poses a massive threat in the form of defending Finals champion Yamaguchi – who outlasted Pusarla in three riveting games a year ago – and her teammate, Nozomi Okuhara, who clinched the coveted crown in 2015. The two qualified third and second respectively and are expected to be major factors when play starts on 12 December. Having been thwarted by Tai on countless occasions, including in this year’s All England Sunday showdown, Yamaguchi will be buoyed by at last finding a way past her arch-rival in the YONEX French Open 2018 final, albeit that Tai had won in Denmark on the previous weekend.

Should the remaining three qualifiers be drawn together, it would present an interesting spectacle for fans as Chinese player, Chen Yufei, would face Chinese transplant, Beiwen Zhang, and Canada’s Michelle Li (featured image) who was born in Hong Kong. Competing under the USA banner, Zhang, 28, was the last qualifier to be confirmed following the withdrawal of China’s He Bingjiao. Both Zhang and 27-year-old Li have earned reputations for upsetting the big guns and will be aiming to enhance their credentials on their Finals debuts. 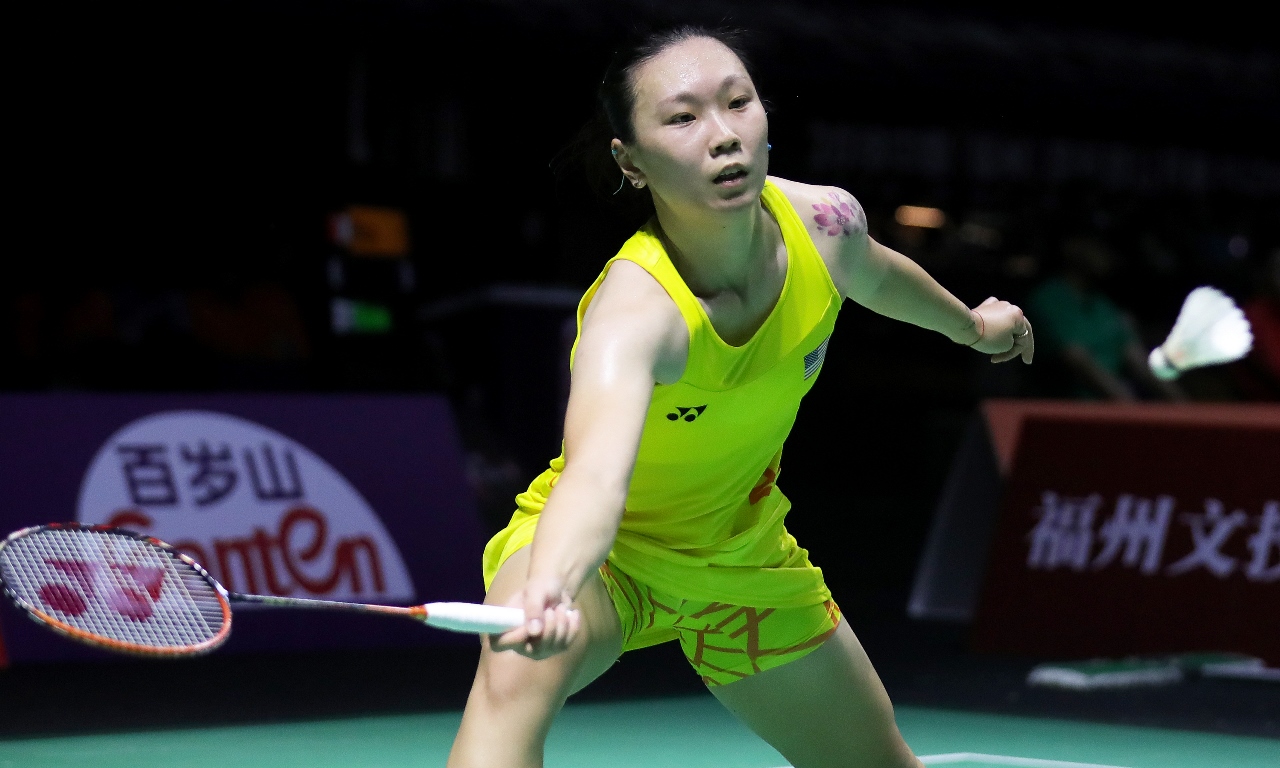 Spoilt by China’s past dominance in this category, spectators will be looking to Chen to carry the nation’s expectations. The 20-year-old is among the most exciting prospects to have emerged in Women’s Singles in the past two years, backing up last year’s World Championship bronze medal by capturing the Fuzhou China Open 2018 title as well as being runner-up in the BLIBLI Indonesia Open 2018 and the VICTOR China Open 2018.

Last season’s BWF Most Promising Player of the Year, Chen has already vaulted to No.3 in the world. Now, the question is can she cement her status among the elite by seizing the biggest honour of her blossoming career?

Team China will be hoping she can.