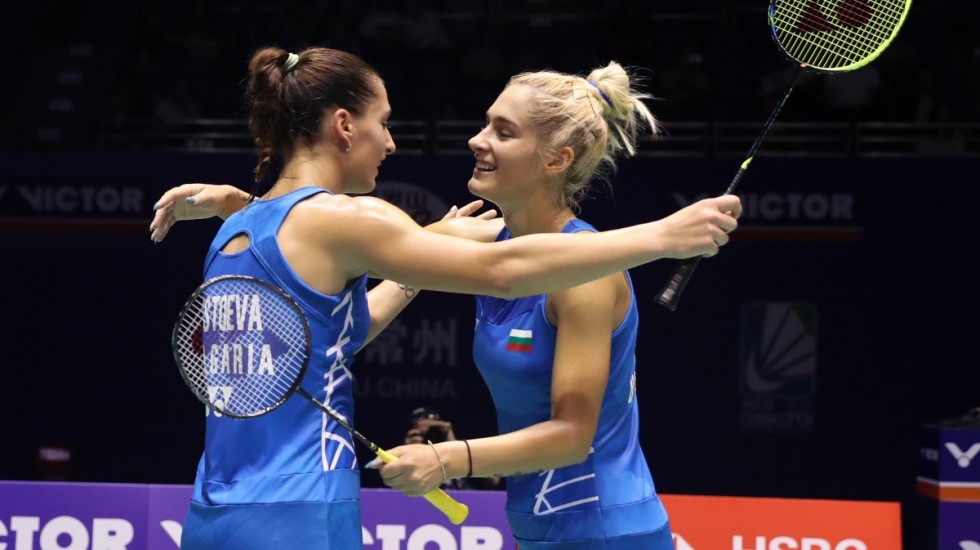 The Stoeva sisters will fancy their chances against the more favoured names.

China had a bruising quarter-finals day, with home contenders Chen Long and the doubles pairs of Li Junhui/Liu Yuchen and Chen Qingchen/Jia Yifan biting the dust. 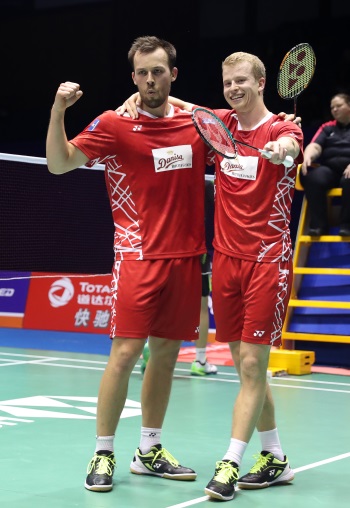 third seeds Chen and Jia to Stefani Stoeva and Gabriela Stoeva (featured image). The Bulgarian siblings were feisty all the way, with Stefani Stoeva’s rasping attack from the back causing the Chinese no end of trouble. They went 9-1 ahead in the third and kept their lead, and even though Chen and Jia steadily gained on them, they nudged the tape at 21-19 16-21 21-19.

This meant a best-ever result for the Stoevas, and they were understandably thrilled.

“We cannot believe we beat them,” said Gabriela. “We’re impressed with our game, we’ve played them once before and they beat us in straight games. This is a big result for us.

“The conditions were tricky because of the wind. We tried to be aggressive, although we like our defensive game. In the third set we said we have to stay together, be focussed, and that was the key. We could get our attack well from one end. We tried not to make mistakes. Japan will be tough opponents in the semi-finals. We need to be focussed, play for each point and keep fighting. We’ll see tomorrow.”

In the semi-finals, they face newly-crowned World champions Mayu Matsumoto/Wakana Nagahara, who got the better of their compatriots Yuki Fukushima/Sayaka Hirota in three games. 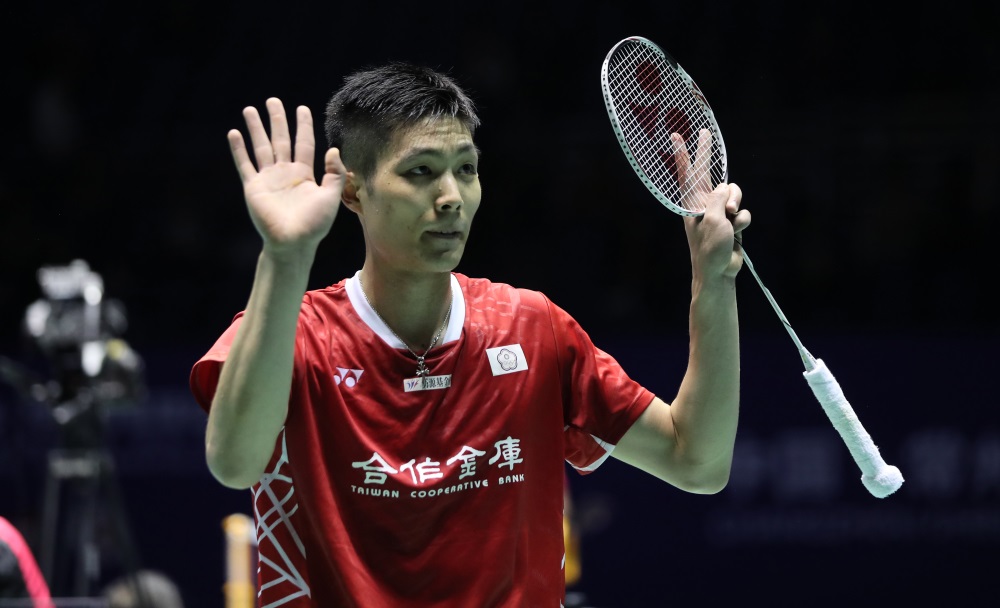 The Indonesian was exceptional on two fronts – his fleetness of foot, and the soft touch at the net, with which he extracted lift after lift that he put away. With his speed putting immense pressure on Chen, the Chinese was required to dig deep and come up with high quality rallies of his own to take the first game.

The second saw Chen race to a 8-2 lead, but then Ginting dug in, and showed he was made of stern stuff as well. The tightness of his net shots, the precision of his flicks, and the whippy smashes every time the shuttle was short, saw him take 13 of the next 14 points, and at 19-12 he was soon looking at a third game. The match once again turned dramatically, for the momentum shifted Chen’s way, and he got the next eight points to make it 20-all.

Nevertheless, Ginting kept his head and forced the decider, in which he kept up his pace and the accuracy of his smashes, particularly his down-the-line smashes, which Chen struggled to read and cover.

“He made no mistakes at all in the first set, and he had a big lead in the second,” said Ginting. “I just tried to focus and then in the third game I saw he was a bit tired. My net game was good today, I knew if I played well at the net I would get the chance to attack.” 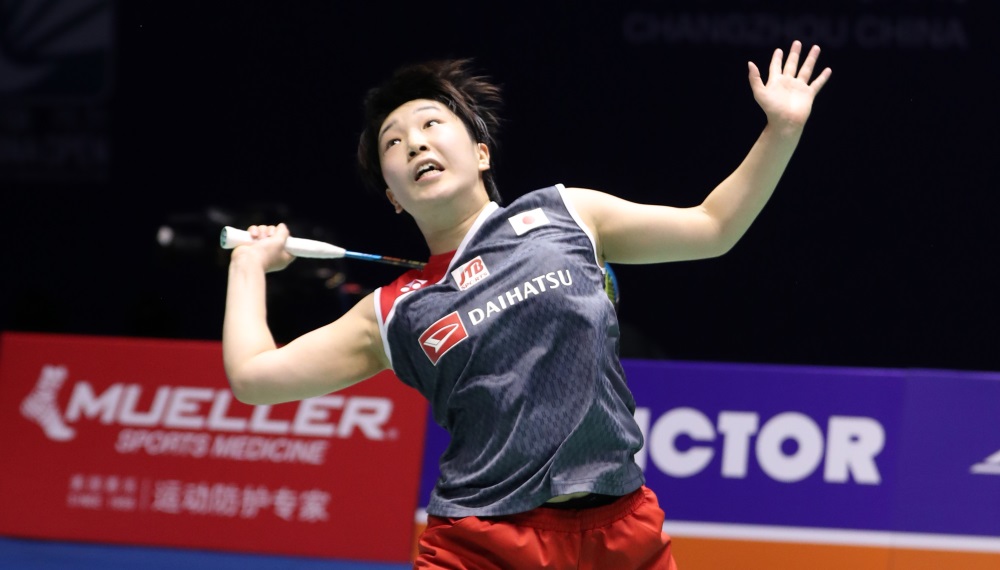 Momota was a spectacle of speed and power against India’s Kidambi Srikanth, barely making a mistake in his 21-9 21-11 destruction of the Indian, while Shi Yuqi was almost as dominant over Hong Kong’s Ng Ka Long, 21-17 21-15.

After the three big losses for China, some relief came their way in a late session when Chen Yufei outplayed India’s Pusarla V Sindhu 21-11 11-21 21-15 to book a semi-final spot against second seed Akane Yamaguchi (Japan).

“Today it was difficult to control the shuttle,” said Marin. “One side was particularly difficult and I made some unforced errors at the end of the game, but I tried to stay calm. Before the match I forgot my shoes in my room, so I had some trouble, but I had to keep my focus on the match.”

Mixed Doubles World champions Zheng Siwei/Huang Yaqiong also progressed into the semi-finals with a narrow three-game win over Thailand’s Dechapol Puavaranukroh/Sapsiree Taerattanachai. The Chinese face one of the few pairs who have beaten them this year as they take on Hong Kong’s Tang Chun Man/Tse Ying Suet in the semi-finals.

China had further good news later, when Wang Yilyu and Huang Dongping prevailed in the most dramatic match of the day. The Chinese were up 20-15 in the third game against Mathias Christiansen and Christinna Pedersen before the Danes drew level. Wang and Huang would have four more match points, each saved by the Danes, until they converted their tenth match point: 24-22 13-21 28-26.