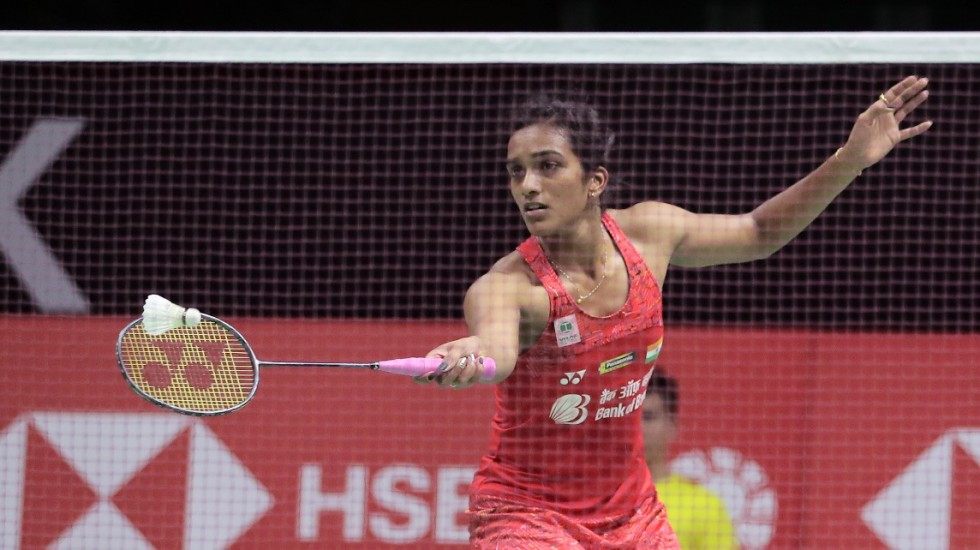 Pusarla V Sindhu and Nozomi Okuhara set up a rematch of their famous TOTAL BWF World Championships final at the TOYOTA Thailand Open 2018, winning their semi-finals in contrasting styles today. While Pusarla (featured image) emerged victorious, it was Tunjung who caught the

eye with her sensational skills. The Indian was overwhelming favourite going into the semi-final, but it was Tunjung who pulled the strings for much of the encounter, until she ran out of steam in the third.

The World Junior champion idolises stroke-players par excellence Tai Tzu Ying and Ratchanok Intanon, and she delivered a show that marks her out as one following in their footsteps. Tunjung kept a mesmeric touch at the front; her playful changes of angles and pace forcing Pusarla into desperate retrieval on most rallies. After blowing a first game point, Tunjung had her opponent all tangled up in the second, but by the end of that game she was visibly exhausted. Pusarla duly shut the door on her challenger and then praised her performance.

“I have played her a couple of times before and she’s improved a lot. It was important to win the first set. I was a bit nervous as well. You have to keep up even if it’s not your day. Tomorrow I will come prepared for a long match,” said Pusarla.

Earlier, in the first semi-final, Beiwen Zhang troubled Okuhara in the early exchanges, but just when the game appeared within grasp, the USA player, who later said she’d broken a toenail, fell prey to some inconsistent play, and Okuhara was ahead in a flash.

Zhang’s woes continued into the second game, with Okuhara building big leads, and the Japanese was never threatened as she closed it out 21-17 21-10.

“I’m very happy as this is my first final this year,” said Okuhara, who didn’t cross the second round in her three previous tournaments. “I was hoping to get as many matches as possible before the World Championships. I played just two matches in Malaysia and two in Indonesia. So it was important that I get more matchplay here, and I’m happy I will get to play five matches. Last year, before the World Championships, I’d won the Australian Open, so this year I hope I can win here.”

Thailand narrowly failed to have their resurgent Men’s Doubles duo Maneepong Jongjit and Bodin Isara in the final, with the Thais failing to grab their chances against Japan’s Hiroyuki Endo/Yuta Watanabe in a three-game loss. Still, it was a sizzling show from the home pair, who are playing only their second tournament together after six years. Jongjit sizzled in this role up front, and it was only the greater composure of the Japanese at 20-all in the second that saw them through. In their way to a first World Tour title will be compatriots Takeshi Kamura/Keigo Sonoda, who quelled Takuto Inoue/Yuki Kaneko in an all-Japanese semi-final.

The Men’s Singles saw Japan’s Kanta Tsuneyama prevent an all-Indonesian final as he edged out Sony Dwi Kuncoro in a gripping semi-final, 21-13 14-21 23-21.

The veteran kept apace despite trailing early in the third, and had one foot in the final with a match point. However, Tsuneyama’s aggression at the death paid off, and an exhausted Kuncoro could not stave off defeat on the 69th minute. Tsuneyama will be in his first World Tour final tomorrow against Tommy Sugiarto, who put paid to Thailand’s hopes by beating Suppanyu Avihingsanon 21-15 21-12.

In the Mixed Doubles, Indonesia’s Hafiz Faizal and Gloria Emanuelle Widjaja made their first final beating China’s Lu Kai/Chen Lu 21-15 21-16. Having fallen in the semi-finals of two events this year – in Malaysia and Indonesia – Faizal and Widjaja were relieved to have crossed the barrier.

“I’m very happy but we have to be ready for the final tomorrow and try to win the title,” said Widjaja. “We stayed positive at each moment and tried to stay consistent on court, and we’re thankful that we won.”