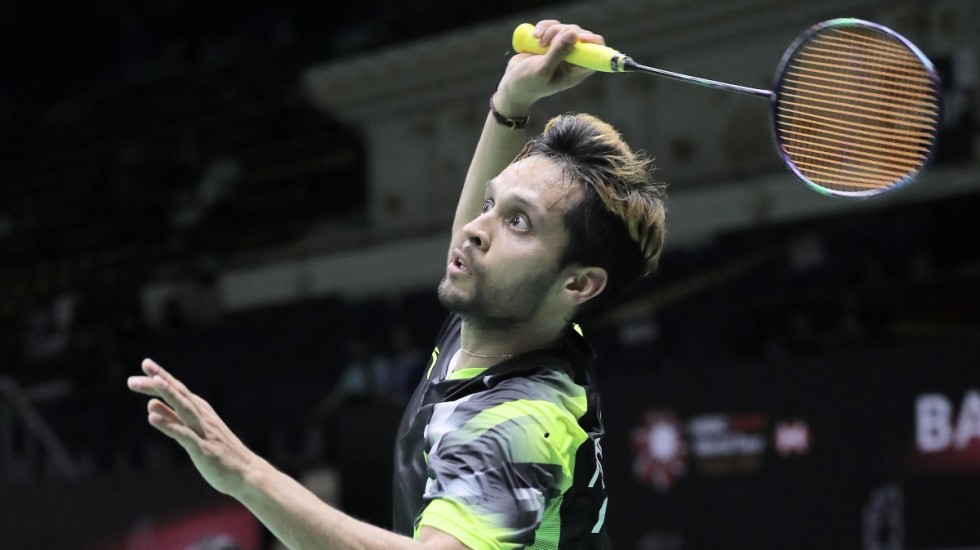 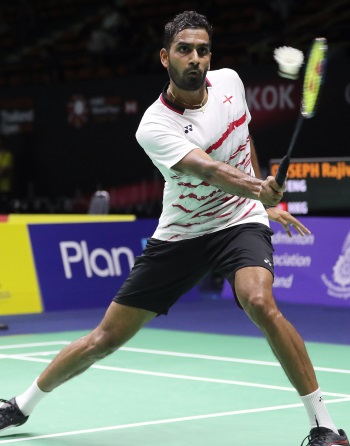 Shue in the opening Men’s Singles round of the Toyota Thailand Open 2018 in Bangkok today.

The Indian, ranked World No.6 five years ago but who has since been troubled by various injuries, suffered a stress fracture after winning the Austrian Open in February. The layoff lasted a few months until he was fit to return to competition at the Thailand Open. Incidentally, it was at this event last year that he came back following a shoulder injury at the Premier Badminton League.

“I had shin pain in my right leg after the Austrian Open,” recalled Parupalli. “I was managing to play, but the pain wasn’t going away. I thought it would get better in Orleans, but it got worse and by the time I got to the quarter-finals it was really bad, I wasn’t able to walk. The scan showed a stress fracture. I couldn’t play for almost 13 weeks and I had to skip the tournaments in Australia and New Zealand.

“I was No.34 before Orleans and now I’ve dropped to No.55. I played Thailand Open last year as well, that was one of the first tournaments I played after my shoulder injury. It feels like every tournament is now like a comeback tournament for me!”

Parupalli (featured image) needed 38 minutes to get past Ho-Shue, 21-15 21-17, to enter the second round, where he faces Japan’s Kanta Tsuneyama.

In the same quarter, England’s Rajiv Ouseph recovered from a dire situation against Hong Kong’s Hu Yun to make the second round. Ouseph trailed through most of the second game, but from 13-17, steadily gained on his rival, before catching up at 19 and closing out the match 21-12 21-23 21-19. 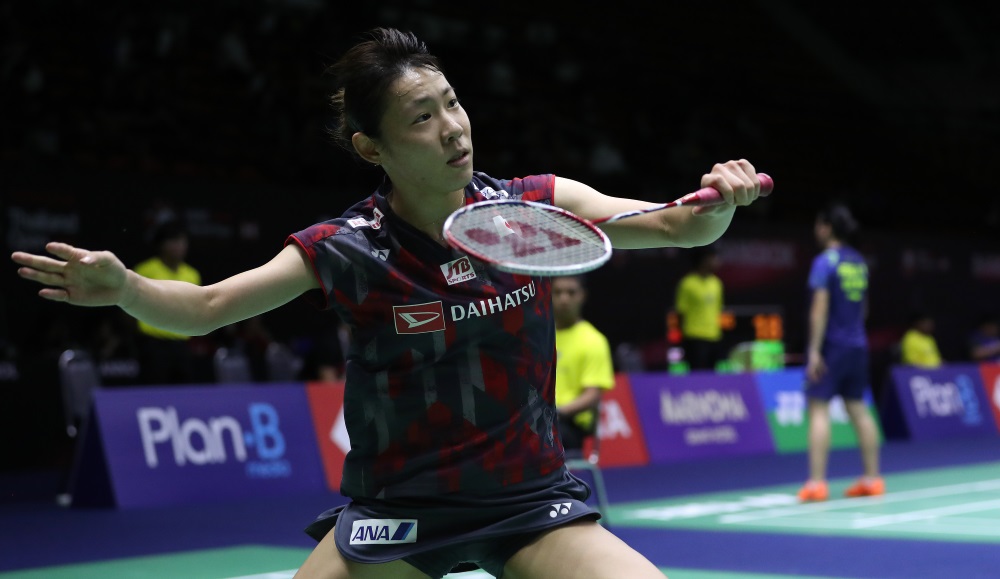 Parupalli’s compatriot Vaishnavi Reddy Jakka put in a spirited display to briefly trouble eighth seed Sayaka Sato, but the Japanese wriggled out of her grasp, 21-13 21-17.

Jakka, who relocated from Hyderabad to Bangkok to train at Ratchanok Intanon’s club Bangthongyord Badminton School, recovered from 9-14 down in the second to grab seven straight points with attacking badminton to catch Sato by surprise. Nevertheless, the Japanese had the experience to recover her wits and stop the young Indian in her tracks.

“It was a very good experience to play a senior player like Sato. I have a lot to learn from this game,” said Jakka. “I played Okuhara at the Uber Cup and that experience helped me – like how to play the rallies and how to prepare for the match. I’m just learning – this is just my fourth tournament. It’s all new to me, but I’m gaining experience playing these tournaments.” 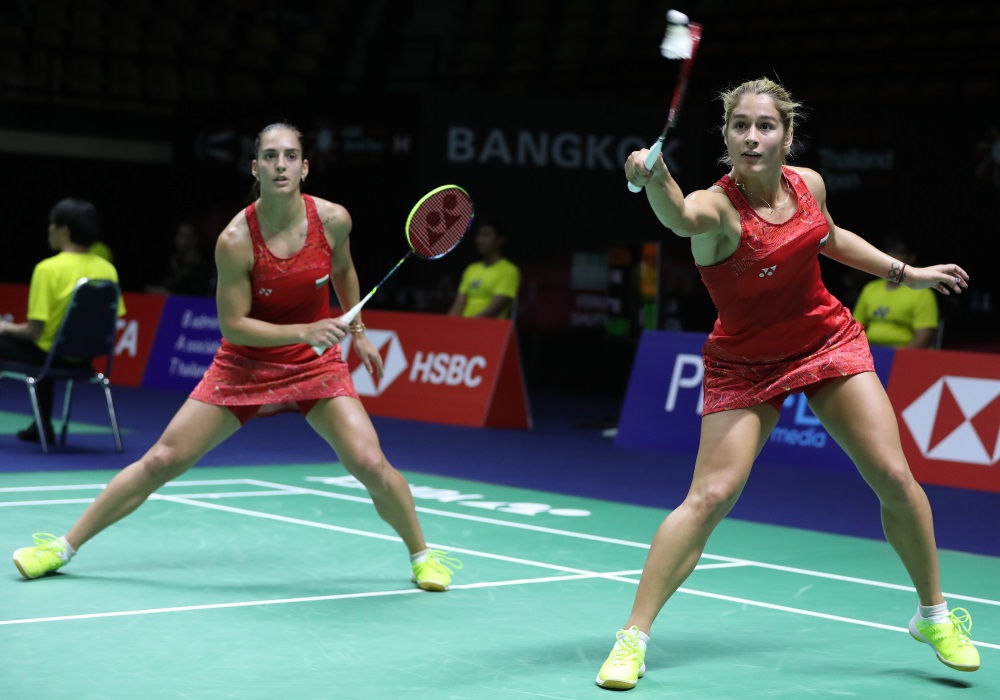 One of the surprises on the day was the capitulation of China’s Tang Jinhua and Yu Xiaohan to home pair Rawinda Prajongjai and Jongkolphan Kititharakul in Women’s Doubles. The US Open winners looked way off course as they went down to the inspired Thais, 21-13 21-16.

In the lower half of the draw, Bulgaria’s Stefani Stoeva/Gabriela Stoeva overcame a tricky situation against Indonesia’s Yulfira Barkah/Rosyita Eka Putri Sari to prevail 21-5 18-21 21-15 after trailing 3-8 in the decider.

“We lost focus in the second game,” said Stefani Stoeva. “They were playing aggressively and were leading 8-3 in the third. But we were talking to each other, we said we won’t give this match away and that we’ll fight for each point. That helped us get seven points in a row.

The sisters have had a good season and said they were looking to peak for the TOTAL BWF World Championships. “It’s a big target for us,” said Stefani. “Our season started well, we won our first European Championships title. Our coach sets high targets for us. For the Worlds, we will try to make the quarters and hopefully a medal.” 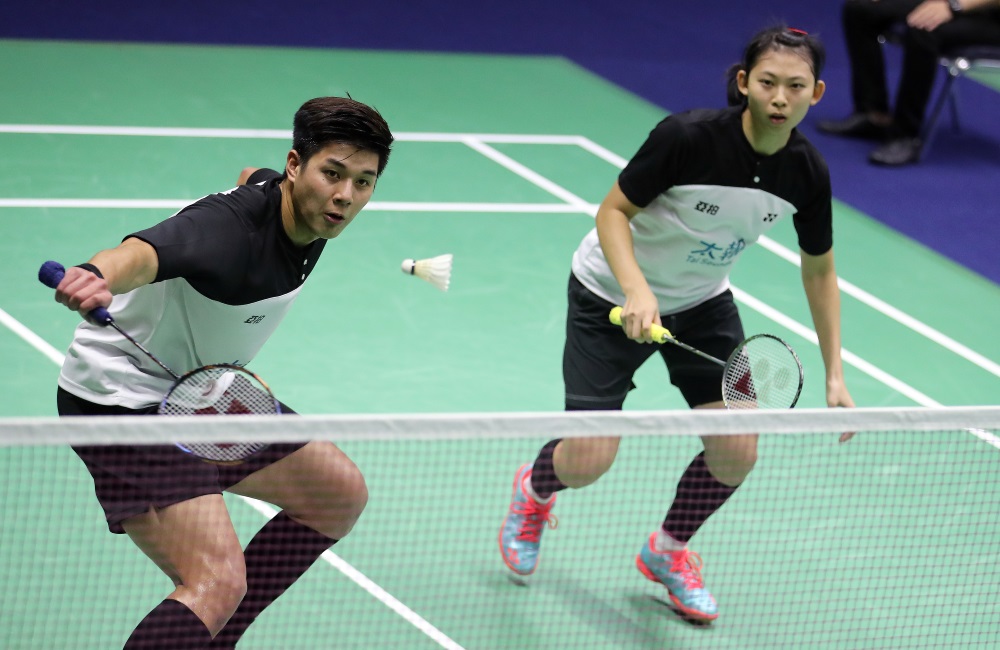 Up next for the Bulgarians are Indonesia’s Mahadewi Istirani Ni Ketut and Nitya Krishinda Maheswari, who breezed past USA’s Ariel Lee/Sydney Lee 21-7 21-7.

In Men’s Doubles, one of the closest battles was between Indonesia’s Wahyu Nayaka Arya Pankaryanira/Ade Yusuf and India’s Arjun MR/Shlok Ramchandran. The Indians stayed close until 16 in the third, after which the Indonesians shot past with five straight points: 21-18 13-21 21-16.