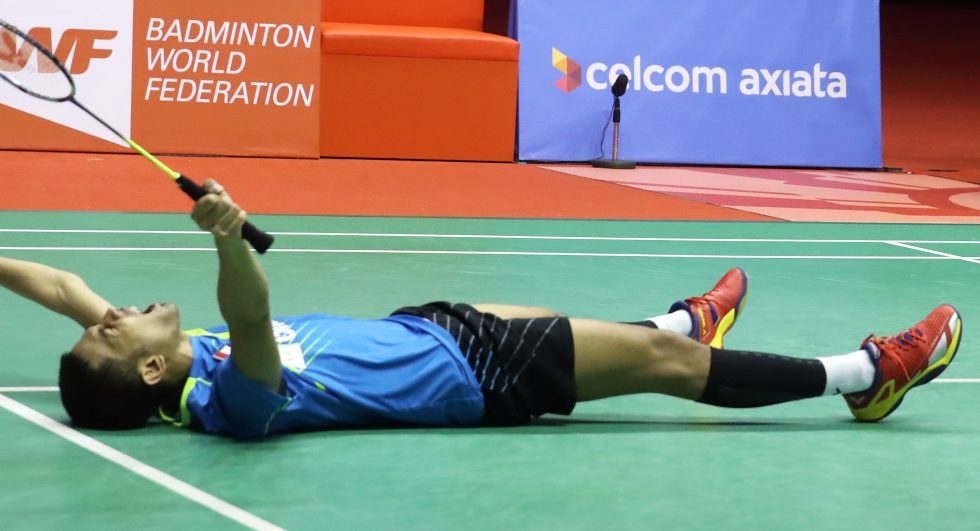 Experienced Malaysians Goh and Tan had everything going for them at a game and 18-13 in the second game of the Men’s Doubles final; their fans were already celebrating the inevitable win and the victory ceremony was seemingly minutes away. 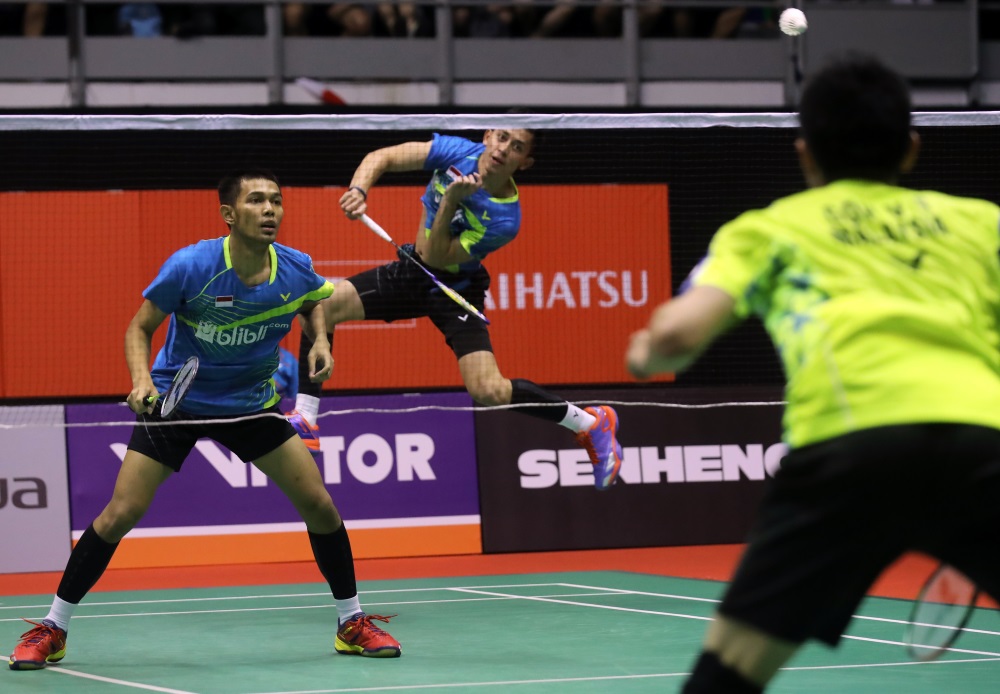 But whether it was the profligacy of the Malaysians, or the stubborn resistance of the Indonesians – or a bit of both – Ardianto and Alfian pocketed seven points in a row, taking the match to a decider on their fourth opportunity. The miffed Malaysians were quickly out of it in the third, and it was Ardianto and Alfian – both just 21 years old and ranked No.15 – who were celebrating at the end of the 58-minute final: 14-21 24-22 21-13.

“We took time to warm up and get used to their game,” said Alfian (featured image). “We were down at 13-18 and at that point it was simply a matter of just trying to get the next point as we had nothing to lose. We are very happy as this is our biggest title yet; it’s a great day for us.” 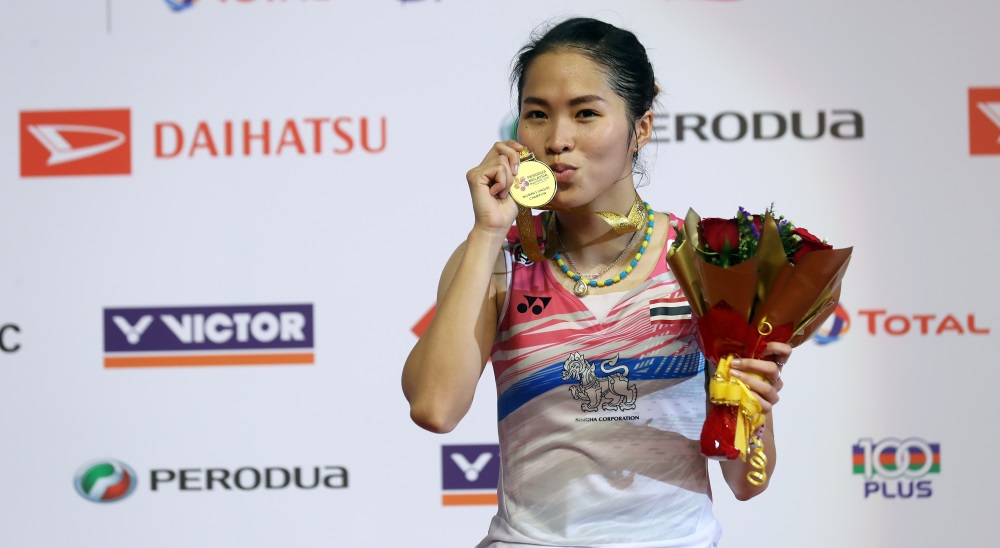 Finals day ended with Denmark taking two titles – the Men’s Singles through Viktor Axelsen, and the Women’s Doubles through Christinna Pedersen and Kamilla Rytter Juhl – and Thailand, Indonesia and Hong Kong claiming the other three.The Women’s Singles title clash between Ratchanok Intanon and Tai Tzu Ying was the standout contest; in a cracker of a match, Intanon edged ahead of Tai 21-16 14-21 24-22. 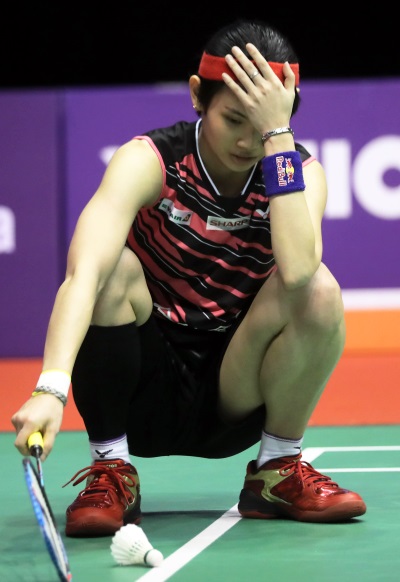 The contest ebbed and flowed between the two classy strokeplayers with flashes of trickery, bursts of speed, and exploration of the entirety of the court with varieties of flicks, drives and netshots. The drift added to the challenge; Intanon was on the difficult side at the tail end of the match, and with a few of her clears falling out, Tai was inching towards the title at 17-14.

To the Thai’s credit, she readjusted in time and gave little away, although a netted serve at 19-19 nearly blew her chances.

It took a brilliant cross netshot with the two locked at 22-all for Intanon to wrongfoot Tai; Intanon fell to the court in triumph on the next point after Tai netted her service return.

“It was difficult to control the shuttle with the drift. She was trying to play fast and I couldn’t control the lifts. She was confident in the third game when we changed sides. Today I was calm at the end,” said Intanon.

An hour earlier, Viktor Axelsen had thwarted Japan’s Kenta Nishimoto in a long Men’s Singles final, 21-13 21-23 21-18, getting his act together in time after a fairly patchy performance. The Dane let slip two match points in the second game and comfortable leads in the third before tightening his grip on the proceedings; his best shot of the day – a hairpin netshot that died off the tape – giving him match point.

“The conditions here are tricky, in the past I’ve faced a few upsets in windy conditions, so I’m really happy to win the tournament here which has been tricky with the drift, so it’s a big win for me here,” said Axelsen. “I tried to just stay in it, on one side you can push a bit more with the lifts. It’s hard to control when you have the wind at your back. I was happy to manage that. Nishimoto had beaten Lee Chong Wei in the first round, he has been playing well in this tournament, he’s quite tough. I tried to be somewhat calm and that helped me in the end.” 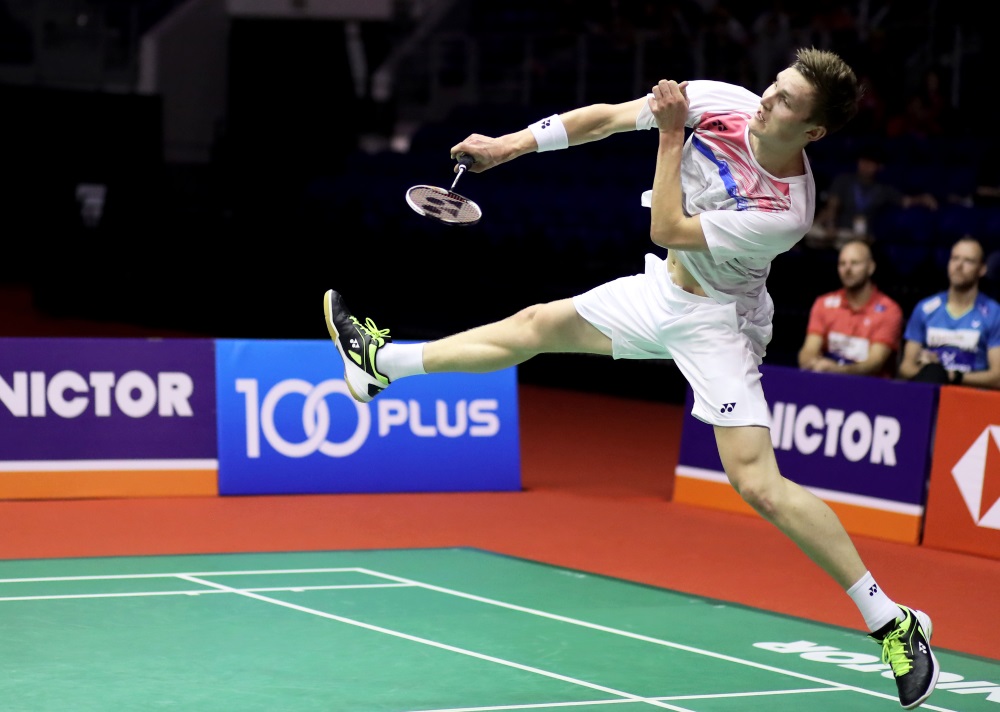 Christinna Pedersen and Kamilla Rytter Juhl had sought to stay aggressive mentally against China’s Chen Qingchen and Jia Yifan – and that’s how it panned out in the Women’s Doubles final. The Danes were a couple of steps ahead all the way, and with Jia Yifan faltering at crucial moments in the second, Pedersen and Juhl weren’t stretched at the end, as they came away victorious 22-20 21-18. 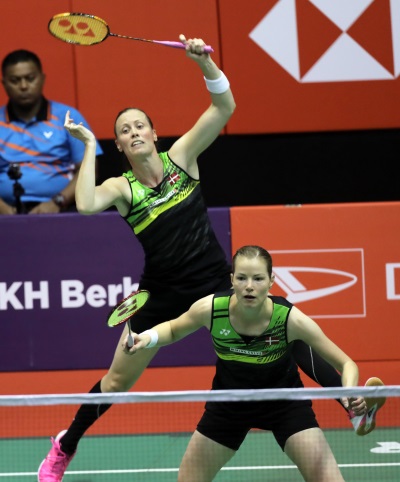 “Six years ago, when we went from Denmark to the Malaysia Open we were a new combination and it was our biggest victory,” recalled Pedersen. “We tried to think back six years and tried to get back those memories; now we’re here in 2018, and it’s unbelievable that we are champions again.

“We talked about trying to attack the game, not just every stroke, but attacking the game mentally. If we’re behind they’re so difficult to beat. So we tried to push ourselves to move forward and tried to find the right angles and that succeeded really well in a big part of the game today.

“We lost three-four times to them last year. This is a new beginning, it couldn’t have gone better, so we’re two happy Danish girls right now!”

Zheng Siwei and Huang Yaqiong were unbeaten since they got together in November last year – the Chinese were on a three-tournament winning streak coming in to the Malaysia Masters.

The streak ended today against Denmark Open champions Tang Chun Man and Tse Ying Suet, who capitalised on the narrow windows of opportunity they got today, particularly during the middle of the third game. Tse had a fantastic day at the net, denying her opposite number Huang any leeway and creating the openings for Tang to exploit.

“It’s a big victory for us, as this pair have been in great form and won three tournaments in a row,” said Tang. “We are the first to beat them and we’re happy about that. Zheng is very strong at the attack, so we tried to control the net. Maybe they’re not comfortable with our left-right combination. They were very quick even at the end of the third game, so we had to concentrate and stay quick on our feet.” 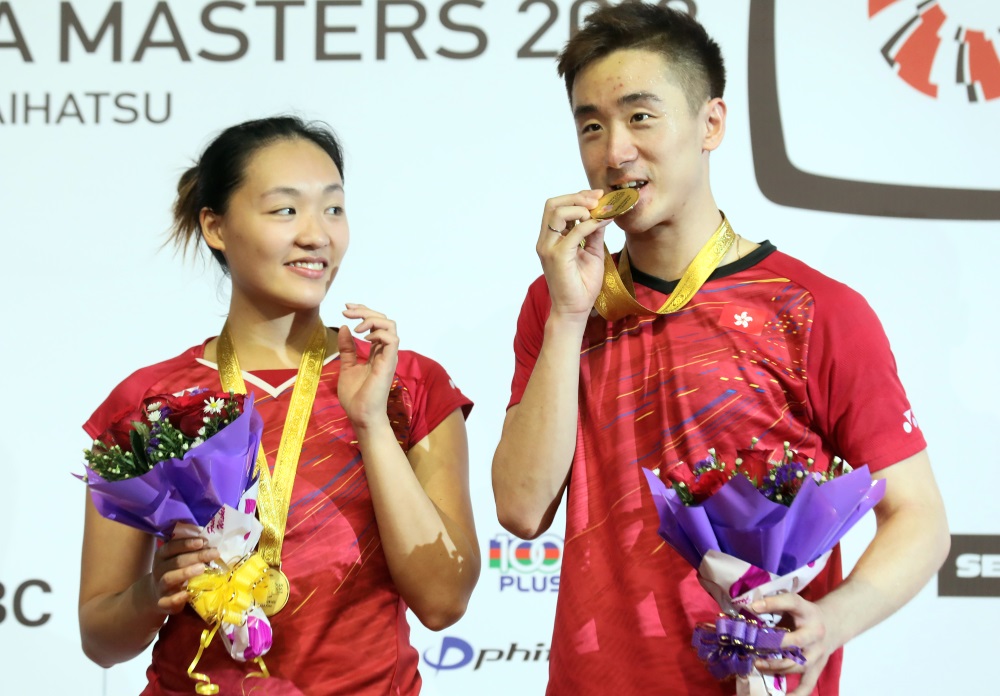