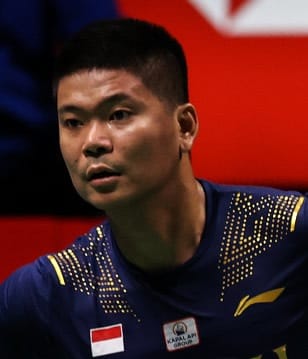 Any previous Olympics Games competed in and results?
"Never"

When and where you began playing, and why this sport?
"When I was 12 years old"

Sporting awards / Honours (so far)?
"-In 2013 he was named Player of the Year by PB Djarum in Indonesia."

Sporting ambitions?
"To win gold at the Olympic Games."