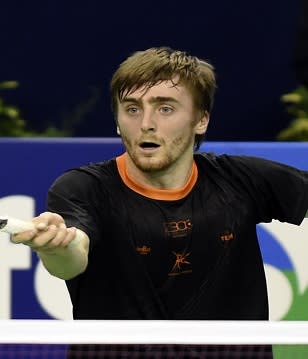 Professional Since: In 2000, the year after I tried badminton, I started to compete in domestic tournament in my region.

Any previous Olympics Games competed in and results?
"Youth Olympic Games in 2010 in Singapore, losing in group stage against Prannoy from India for the 1st place of the group, the only one who qualify for the final stage."

When and where you began playing, and why this sport?
"in 1999 in my current club of US Talence Badminton. Seeing my brother playing badminton at that time, I wanted to do like him and try, and I directly enjoyed that game !"