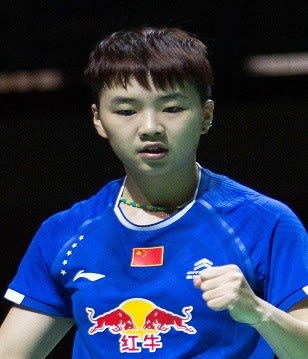 Any previous Olympics Games competed in and results?
"N/A"

When and where you began playing, and why this sport?
"She began playing in 2002 in Wuhan, People's Republic of China."