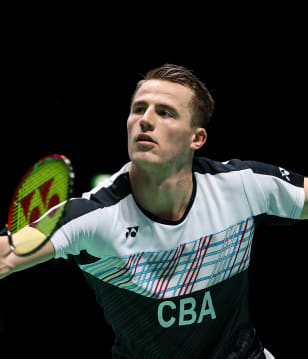 Place of Birth: Rijswijk, The Netherlands

Professional Since: I started playing competitively when i was 10

When and where you began playing, and why this sport?
"I started at a club called BC Randstad, because my brothers were playing there."