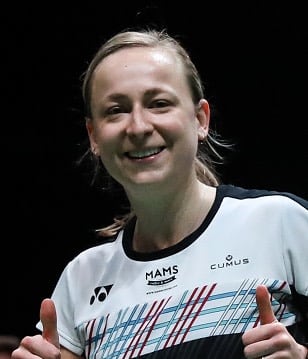 Professional Since: I started playing club matches from 10 years old and I also participated in some local youth tournaments

When and where you began playing, and why this sport?
"I started playing badminton in my hometown Weesp when I was 8 years old. A friend from school introduced me to the sport and I loved playing immediately"

Memorable sporting achievements?
"Reaching the last 8 at the World Championships and winning the Bitburger open"