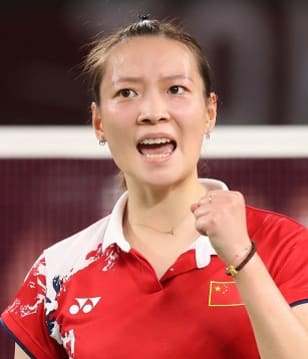 Sporting awards / Honours (so far)?
"She was named Female Player of the Year for 2018 and 2019 by the Badminton World Federation [BWF]. In 2019 she was named an Elite Athlete of International Class by the General Administration of Sport of China."