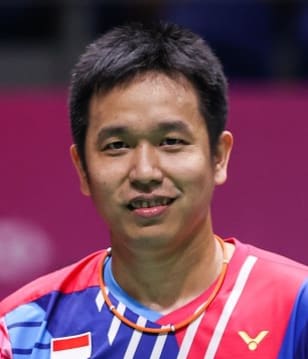 Professional Since: Two years later on 1992

When and where you began playing, and why this sport?
"I started playing on 1990 at my home town Pemalang"

Sporting awards / Honours (so far)?
"He and men's doubles partner Mohammad Ahsan were named the Most Valuable Players of 2013 by the Badminton Association of Indonesia [PBSI]."

Sporting ambitions?
"To win a gold medal at the 2020 Olympic Games in Tokyo, and to win the men's team event at the Thomas and Uber Cup."