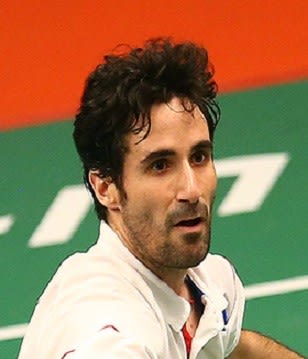 Professional Since: In 1997 representing my first club in Calatayud

When and where you began playing, and why this sport?
"I started in Calatayud because my father was the coach. My brother and my sister played badminton then I went to the hall when I was 6 years old and I started to play."

Sporting ambitions?
"To be top 15 in the world ranking, and to achieve good results in important tournaments such as the World Championships, Olympic Games, and European championships."