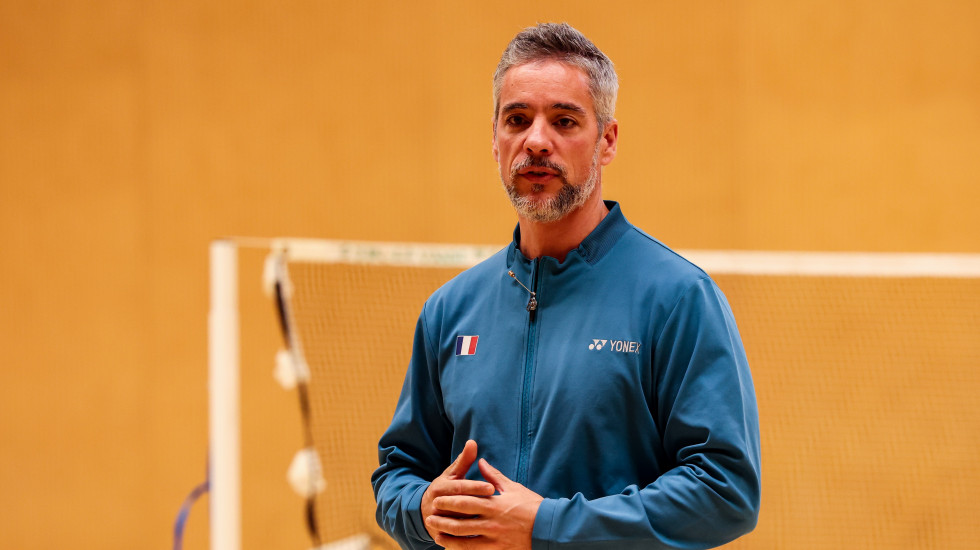 You’ve talked about INSEP ((National Institute of Sport, Expertise and Performance, in Paris) being like ‘Disneyland’, where you have access to various specialists, particularly in sports science. What are the developments in sports science that excite you?

When you have a big team, a coach becomes a manager of people. It’s less about having a big number of players, it’s about making right choices about the right players. My role is managing all the scientific business that every specialist can give to the players. Now there is some research going on about heat training, about how the heart is affecting adaptations. There are different approaches to it. We have developed our own protocol. I think it’s quite successful. But in my view of my role, it’s about asking the right questions to the right specialist, and trying to find solutions through someone’s brain.

When you look at Asia, the general view is that training systems have remained traditional. Do you sense that it’s changing?

I think it is changing. Some of the countries from Asia that belong to the Commonwealth, there’s a lot of influence from science in the UK, for instance. China has had a Spanish physical trainer for some years. I think people are trying to find new approaches and new ways that have been proven to be working, at least in our case. I feel we have contributed a bit to this little change in the conception of training methods and so on.

So is there a levelling of the field as far as the science is concerned?

I can talk about my experience. We had to learn a lot from ourselves. Because we hadn’t been at the top of the podium, we had to get a lot of inspiration from other sports, from other coaches, from other areas, from other fields of study. As a coach I was very open to learning. The problem is when tradition has been so hard, so strong, and so successful, that you have to question yourself when that tradition is no longer working. I have never been a champion of anything, so I have to find my way. But when you have won everything, like China, for instance, you question yourself — when you have been the champion of everything, it’s not such an easy task. Making a big change when this system has been working for decades is not easy.

Coming to France, there is now an exciting bunch of players across all categories. How do you see where French badminton is and where it’s heading?

I think France is a powerhouse in Europe. One of my goals is to be competing in Europe against Denmark, in the future. Being on the podium winning European medals is not a surprise for anybody, no big deal. Attacking the world stage is a completely different story. We have good players in every category, but we have some players who can’t perform and win at the present time, maybe we have to manage some part of their training process in a better way and we’re doing so. Some of the events will probably be performing midterm and some others in the long term. What we have to do is just stabilise, to improve coaches’ education, and to base coach education and players pathway development into the tactical category. We hope to continuously update these contents. I think France is in a very good position to be one of the top five, top seven countries in the world.

We are not afraid of saying we have a mixed doubles pair performing at a very good level. We know that this is the chance we have to perform well in Paris. But for the rest of the categories, we need a little more time. So it’s about setting up the grounding in these two years and going for the results in different events in 2028. But in mixed doubles, we already know we have a chance in 2024 if we work well in the coming two years.

Are there any targets set for Paris 2024?

As many as possible would be a good answer. My view of my job is more based in the process, it’s like the journey has to be comfortable. Imagine that you are in a plane and you can go either in tourist or in business. I’d rather choose business if I can afford it. So this is like trying to make a business-plus process. Which means that of course there will be some turbulence, and some problems that you have to overcome, but at the end of the day, the process is the most important thing. If you have a high-quality process you are not sure that you’re getting medals, but at least you’re ready when the day comes, to be able to fight for the medals. So the message I always say is you have a good process, you fight every day to become a better player, a better coach, then you hold the right to fight for the medals. But… we don’t know. In front of us there is another player who wants also to win. So this is the beauty of our job, not being certain.