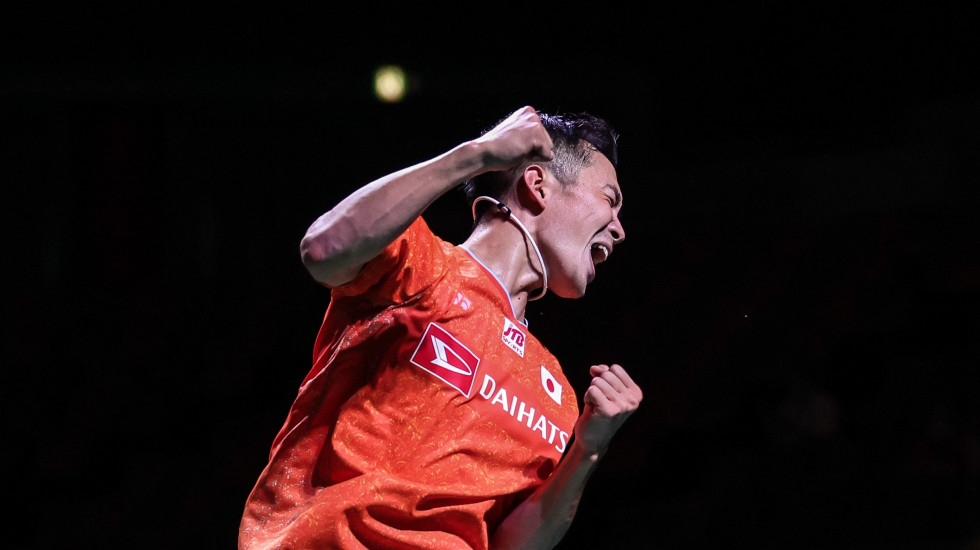 Despite world No.2 Kento Momota‘s early defeat at DAIHATSU YONEX Japan Open 2022, the host nation will have a representative in the men’s singles final – Kenta Nishimoto.

An intense match saw the only Japanese men’s singles player left in the draw overcome No.3 seed Anders Antonsen 22-20 21-19. The competition will thus have a home hope in the discipline for the third year in a row.

“I’m simply happy I made it this far but I want to play as many matches as I can in front of my fans. I’m grateful for their support,” he smiled.

On continuing world No.2 Momota’s legacy at the tournament, Nishimito said: “He has earned many great accolades but Momota is Momota, and I am me. I want to deliver the best performance for the final and the result will be the outcome of my hard work. I maintain my hunger for a title on home soil. I will do the best I can.”

In the other semifinal, Chou Tien Chen made his second final this year as he survived an almighty test against Shi Yu Qi in a thrilling three-gamer, winning 15-21 21-19 21-12.

Asked how much he has left in the tank for the final, Chou replied: “I don’t know. God gives me strength. Let’s go, I can play.”