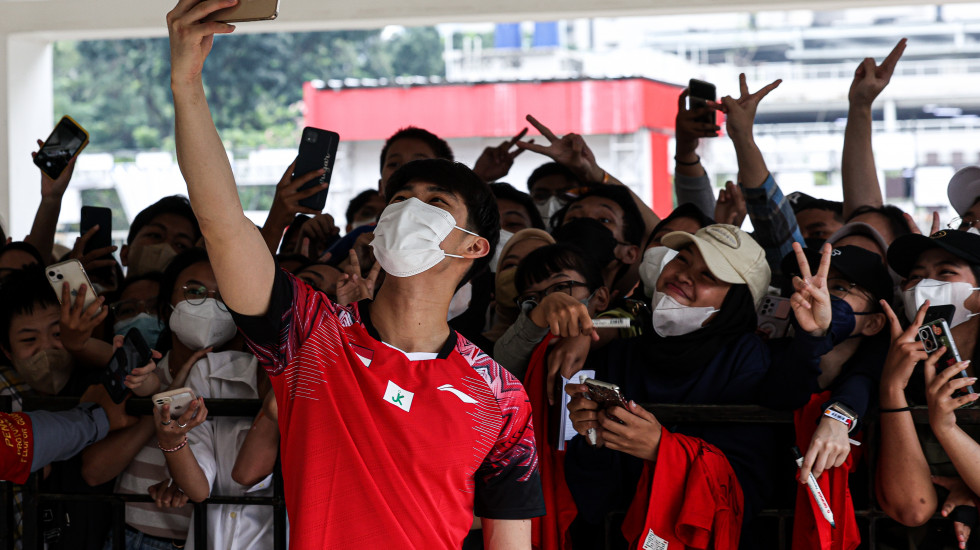 The Istora Senayan, despite its seating capacity of 7,166, can be as loud as a jam-packed Wembley Stadium when England are contesting a football World Cup final. So much so, the Indonesian arena is considered the lifetime home of badminton since its maiden event – the 1961 Thomas Cup.

The COVID-19 pandemic sent the legendary venue into silence after it hosted the Indonesia Masters in 2020 but with the tournament returning to the Istora alongside Indonesia Open in consecutive weeks in June – following a stopover in Bali last year – a multitude of superstars travelled back to Jakarta to enjoy its famous fan mania. It was the first time the capital city has seen a roaring crowd in almost three years.

An Se Young and world champion Loh Kean Yew were among those who took it all in as they got up close and personal with their supporters.

“Thank God it was my phone she touched to take a selfie. That was a big surprise, I felt like a pancake,” laughed Nielsen, 14, expressing her joy at meeting her heroine.

“I’m a huge fan of An. She’s one of the top women’s singles players. It was so nice that she came to see us, take pictures and thank us for supporting her. One of my dreams is complete now that I’ve met An.”

World No.3 An said: “The fans are amazing. There’s so much love here from them. I really wanted to go into the crowd and thank them for always cheering for me.”

“I’m going to faint, I’m trembling,” she said when the Singaporean approached. “He’s my favourite because he’s so handsome. This is my first time at the Istora and I’m excited to be here.”

“It was absolutely crazy out there. The fans are constantly screaming and cheering for us. I couldn’t hear Yeremia on the court because of how loud the fans were. It was special to play at the Istora for the first time and even more special for my parents to watch me,” he said.

Hear more from the ever-passionate fans on how much they missed generating the electric atmosphere that only the Istora can deliver.

A look back at the legendary Istora Senayan’s return to the HSBC BWF World Tour last month. 📢#BadmintonUnlimited pic.twitter.com/N1NeUwZ3jK