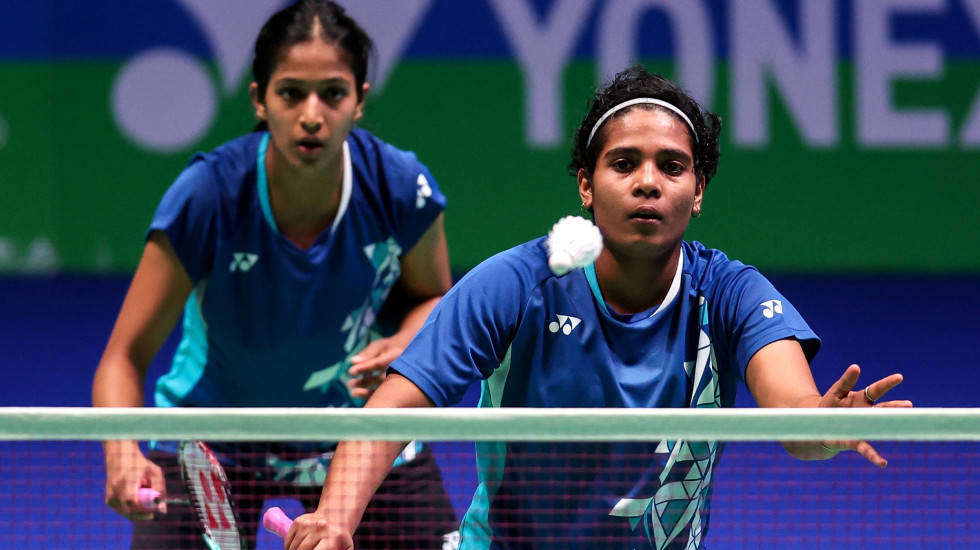 There was no portent. Until it happened, there was little indication that Treesa Jolly and Gayatri Gopichand Pullela would cause any impact on the HSBC BWF World Tour so early in their career. But over the first quarter of this season, the teenaged women’s doubles duo did enough to suggest that they could be the biggest finds for India in a discipline in which the country has had little success.

At the end of last year, Jolly and Pullela were ranked outside the top 100 – at No.115. There were some encouraging results at lower-tier events – like the title win at the India International Challenge 2021 or runner-up finishes at the Polish International 2021 and the Welsh International 2021 – but a transition to the demands of elite badminton appeared some distance away.

Yet, what followed in 2022 was quite remarkable. After withdrawing from the India Open due to a positive Covid test, Jolly and Pullela made the final of the Syed Modi International (Super 300), won the Odisha Open (Super 100), and after a second round loss at the German Open, caused the sensation of the All England as they upset second seeds Lee Sohee and Shin Seungchan to make the semifinals.

A day earlier they had held their own against Greysia Polii and Apriyani Rahayu, until an injury to Rahayu meant that the Olympic champions had to retire from the match.

“They’re my favourite doubles pair. Ever since I’ve started playing doubles I’ve followed them. It’s great to win against them and I’m happy,” said the articulate Pullela, quite composed despite it being the biggest stage she’s played on.

“This is our first Super 1000 and we’re happy to be in the quarterfinals. They’re legends but when we play on court everybody’s our opponent,” added Jolly.

If that win was attributed to the injury, the Indians left little room for doubt in their quarterfinals, as they achieved their biggest upset yet, against Lee and Shin. 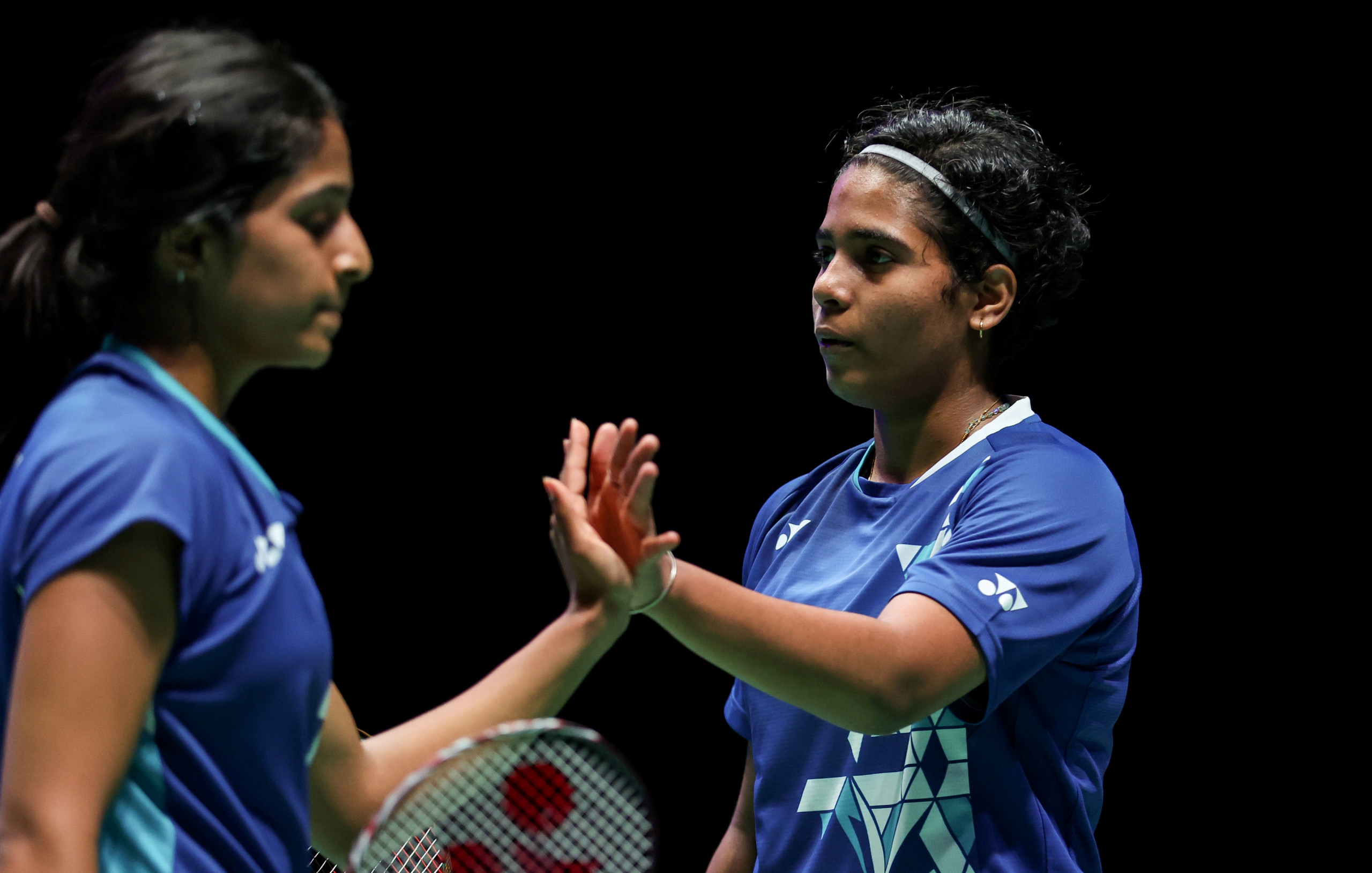 Quite comfortable in handling Lee and Shin’s attacking game, the Indians turned up the pressure at the right moments, with Jolly in particular blowing apart the Koreans’ defence with her heavy hitting and quickness around the court.

“We didn’t have pressure,” said Jolly. “We knew they are good attacking players. Their control and speed were so good. After the second game we got comfortable with their attack and speed, and we also started attacking.”

“I don’t know what to say, it’s unreal. I have goosebumps,” said Pullela. The surname is well known, for her father was All England champion in 2001.

“We just gave it our best. In the second we were down 18-20, we just thought we had to fight, just one point at a time. 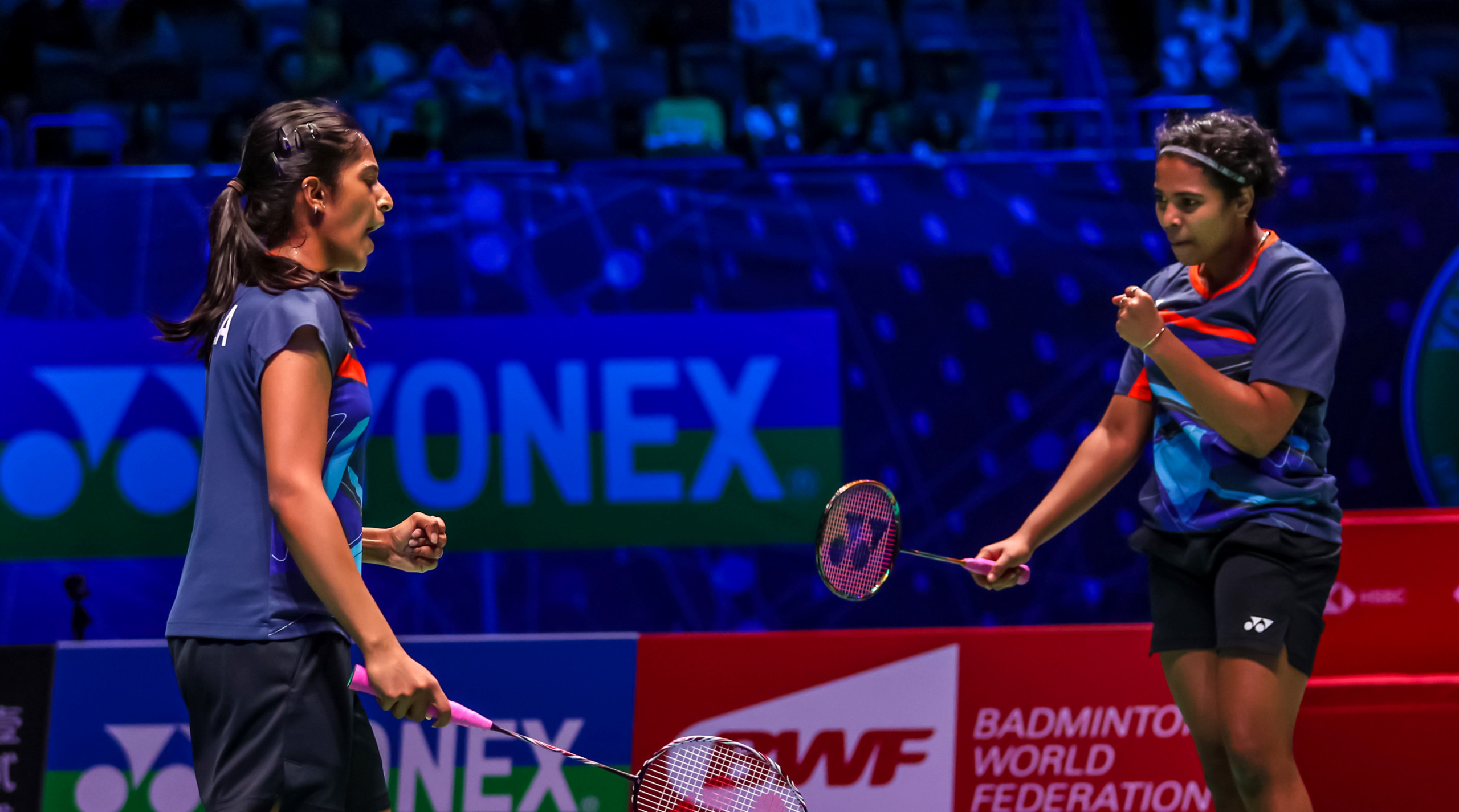 “I didn’t think we’d get an entry to the event. The moment we got the entry we were happy that we could play with the world’s top players and I was very excited. Semifinals now, and I’m very happy. I’m just so grateful.

“I think it’s great, and I’m so happy to be playing the semifinals, and I’m super excited.”

The semifinal has whetted their appetite for bigger challenges ahead.

“The experience was great,” said Pullela. “We were a little nervous but composure comes with experience. It’s a big boost. This is just the beginning, I think.”