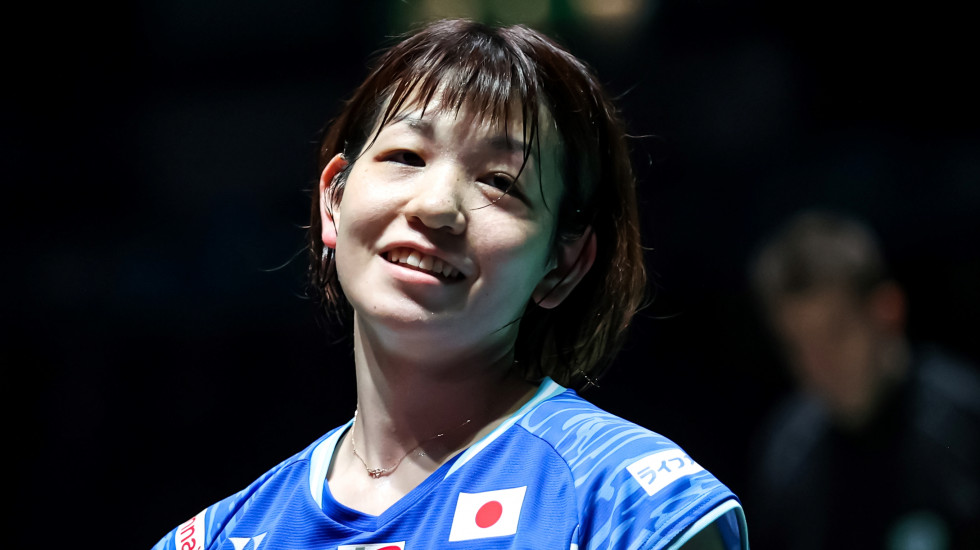 Returning Stars Okuhara, Hirota Thankful to be Back

Two of Japan’s contemporary icons returned to the scene of past success after seven months away from competition.

Nozomi Okuhara – singles champion at the YONEX All England in 2016 and 2021 – and Sayaka Hirota – women’s doubles winner in 2020 – were Japan’s frontrunners for a medal at their home Olympics, but bad luck and pressure nixed their chances.

A right knee injury to Hirota during the event saw her sit out the remainder of the season, while Okuhara, who lost in the quarterfinals, sustained a right ankle injury and joined her compatriot on the sidelines.

In her first match on her return, Hirota had a brace on her knee but did not seem uncomfortable as she and Yuki Fukushima took a game off Chinese duo Zhang Shu Xian/Zheng Yu during their first round loss, 21-19 11-21 21-11.

“I was happy to be able to play here. Although we lost, I’m pleased that we were able to play some good points. If we’d taken the first game, we could’ve done better. We would like to improve in future,” said Hirota.

“Although I’m not fully recovered yet, my play today showed I was able to achieve certain things, so I feel that gradually I will be able to get back.”

Hirota said the time spent in rehab away from competition was a difficult period, but she hadn’t been worried for her career due to the support she had received from the team.

“I had surgery immediately after the Olympics. I was given time to rest for a month. During that time I was able to relax and believed I could play again. It was very tough to have the injury, and the recovery and rehab was a long process. It was not progressing all the time, and there was a lot of going back and forth. However, my partner waited for me and that was heartening. Gradually I was able to come back.

“I had the surgery seven months ago, and was fully able to play on court only in February. Although I’m not fully recovered yet, during my play today I was able to achieve certain things, so gradually I’m able to come back.”

Okuhara said she felt nervous as she hadn’t played a big event in many months. The defending champion was tested by lanky Dane Line Christophersen, and came through in 36 minutes, 21-15 21-16.

“I’m very happy. Today I was very nervous because I haven’t played a big tournament in a long time. I felt I got better in the second game and could make my play,” said Okuhara.

“This tournament has very slow shuttles, so there will be a lot of long rallies. It’s better to finish the match in straight games so you feel fresher for the next match.

“Last year I was supposed to play the Sudirman Cup and Uber Cup but I injured my ankle, so I couldn’t play those events after the Olympics. I feel I haven’t recovered fully, but my condition is good and I can play. I’m happy to be back at the All England and happy that I can play with all these top players. I will enjoy every game. I’ve been missing all my friends and opponents!”