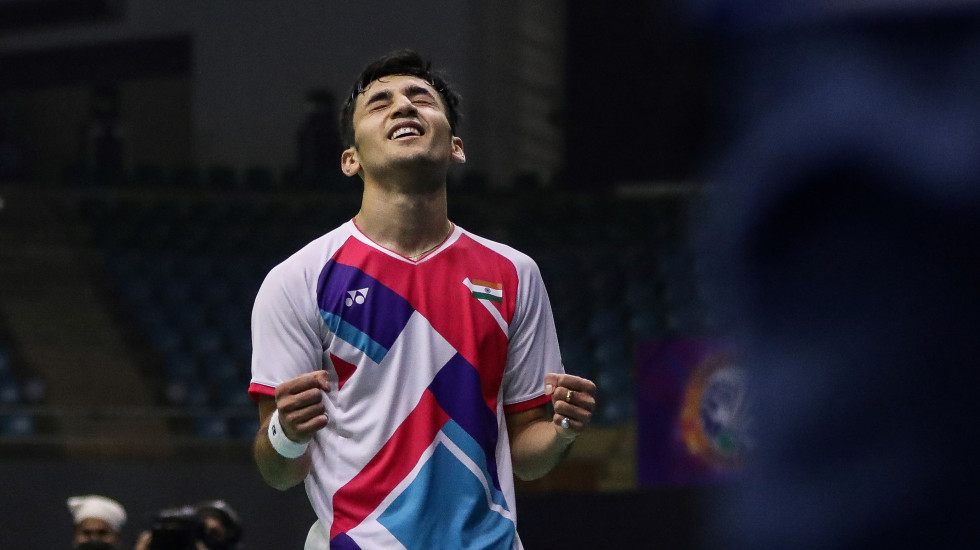 It was the perfect closing act for the hosts at the YONEX-SUNRISE India Open 2022, with Lakshya Sen and Satwiksairaj Rankireddy/Chirag Shetty achieving milestone titles wins on the final day.

That both wins came against higher-rated opponents was particularly significant.

Sen, up against recent world champion Loh Kean Yew, was nearly flawless in temperament and tactics. The Indian was aggressive and patient in equal measure, seizing his moments against a somewhat below-par Loh, and even though he lost big leads in the opening game, stayed alert for his chances.

“I’ve started the year with a win, and that too at home, so it feels good,” said Sen. “Today was a crucial first game. I was leading by a few points and then he caught up and I’m happy I pulled it out. I came with high expectations of myself. After the World Championships I didn’t have a lot of practice, I trained for a week before coming here but I had the rhythm from the beginning. I played well in the quarterfinals and semifinals and in the final I was much more confident.”

The surprise in the men’s doubles final was the inability of veterans Mohammad Ahsan and Hendra Setiawan to convert any of five game points in the second. Setiawan made a number of uncharacteristic errors at the front, even serving into the net at game point. Those reprieves were crucial for the Indian pair, who converted their first match point.

“For me it’s a special tournament. We’ve won other tournaments, but today was so important,” said Rankireddy. “In Indonesia we’ve seen the Minions win almost every tournament, so we wondered why we couldn’t win the India Open. It was there in my bucket list, I really wanted to win this. I told myself to keep calm, that we would get our chances.”

“Playing and winning your home tournament is special,” added Shetty. “You always have that added pressure, so we’re really happy. Beating the Daddies in the final, it couldn’t have gotten better than this.”