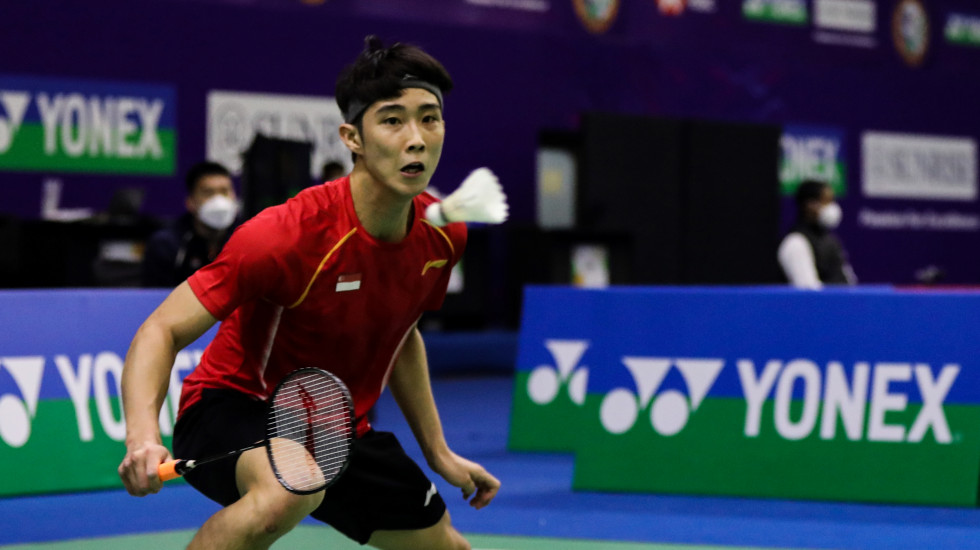 In the space of six heady days in Huelva, everything changed for Loh Kean Yew.

The Singaporean, never talked of as a potential contender at the majors, emerged world champion in a history-making feat for Singapore last month, and now all eyes are on him as he steps on to the arena at the YONEX-SUNRISE India Open 2022.

It was a slow start though for the newly-crowned world champion on Tuesday.

He fell behind in the first game against Canada’s Sheng Xiaodong but then picked up pace, comfortably making the second round 16-21 21-4 21-13.

“It’s a new start and I’m trying to start from zero again,” said Loh. “I think I played a bit slow and he was controlling the momentum and everything. In the second game I tried to overcome that by picking up the pace and it worked.”

The world champion returned to celebratory scenes in Singapore, and Loh admits he hasn’t had much time to recharge with all the demands on his time.

“I haven’t had a break. It’s been busy. Hopefully I can do better than today.”

He is aware that it’s all very different when he steps on court now. There will be more expectations and more pressure.

“I’ve always been an underdog. This is the first time I’ve played as a contender, so the pressure and expectations are something I need to learn to handle. I’m slowly learning. It’s a new beginning for me. I’m trying to learn as much as I can.

“I will try to prepare myself as much as possible. Nobody can peak all the time and nobody can win all the time.”

Loh had credited Viktor Axelsen with providing key insights into preparation that saw him shift up a gear. He will return for a training stint in Dubai with the Olympic champion as he prepares for a hectic season.

“I will be training again with Viktor. 2022 is a busy year, there are a lot of major events and World Tour tournaments, so it’s about going step by step. So India Open first and match by match, as always. Step by step and we’ll see how it goes.”

Has the World Championships win sunk in yet?