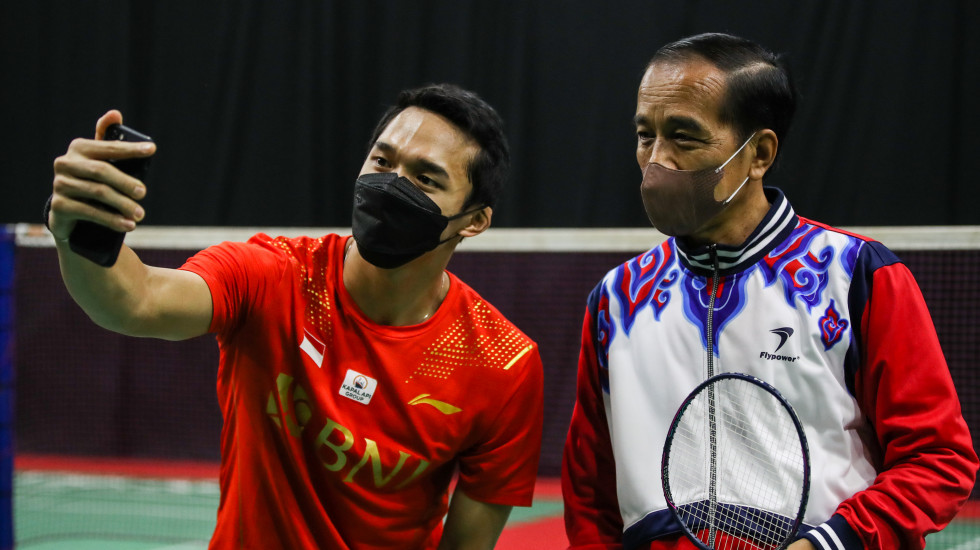 Ginting said of the President’s visit: “Thank you Mr President for coming to the Indonesia Badminton Festival and meeting the victorious Indonesian Thomas Cup team.

“Your support and motivation are very valuable for us so in the future we can achieve even more.”

The three-tournament Bali Leg culminating with the HSBC BWF World Tour Finals has been a smash hit in Indonesia.

While adoring fans have not been allowed onsite, all players have enjoyed tremendous fanfare including receiving a wealth of gifts sent to the official hotel.