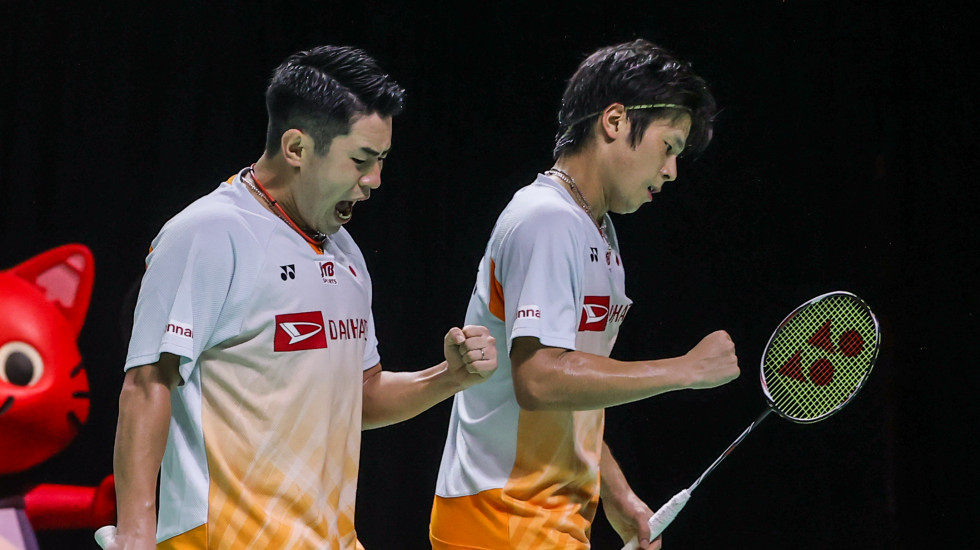 Japan’s men’s doubles and mixed doubles disciplines have been without a title at a season finale since the Grand Prix Finals began in 1983. With solid wins in the men’s singles, women’s singles and women’s doubles fields, Team Japan are looking at adding titles in the remaining categories as well.

Looking to go on the attack and end a 38-year title drought for Japan is new talent in the form of Takuro Hoki/Yugo Kobayashi and Yuta Watanabe/Arisa Higashino who have struck form.

Already ruffling a few feathers in the past couple of months, Hoki/Kobayashi have been troubling the top pairs for some weeks now, claiming their first HSBC BWF World Tour Super 1000 title at the VICTOR Denmark Open 2021 in October, and one month later, a Super 750 victory at the DAIHATSU Indonesia Masters 2021 over Marcus Fernaldi Gideon/Kevin Sanjaya Sukamuljo in their own backyard.

Winning two titles out of three finals on the World Tour in as many weeks, the duo did not let up, defeating Pramudya Kusumawardana/Yeremia Erich Yoche Yacob Rambitan 21-14 21-19 in their opening group stage match of the HSBC BWF World Tour Finals 2021 yesterday.

“But we want to go into our matches with confidence to get the title. This mindset isn’t just for the World Tour Finals, but for all tournaments, we compete in.”

Hoki added: “We want to get the title.”

“We will take things step by step and the result will come in the end. If we can play to our game plan, we can win every match with our opponents. We are still enjoying things here.”

Also in contention for Japan are Olympic bronze medallists, Watanabe/Higashino who have blazed a trail in mixed doubles, popular shuttlers easily took their opening match 21-12 21-15.

“We want the title. We want to be the first mixed doubles titleholders from Japan,” beamed Watanabe post-match.

“If we do our best in our matches, the result will be good.”

Given their recent success on tour collecting titles at the Denmark Open 2021 and the YONEX French Open, Watanabe puts aside past trophies and says this has no impact on the tournament this week.

“We may have won titles in Denmark and France, but the World Tour Finals is a new tournament and we’ve come here with a new spirit,” Watanabe added.

With the bar set high to title, a lot stands in their way with the likes of Malaysians Tan/Lai and Goh/Chan in their group.

“If we can be more patient on the court, we can control the match. We go into each match wanting to give it our all,” said Higashino.