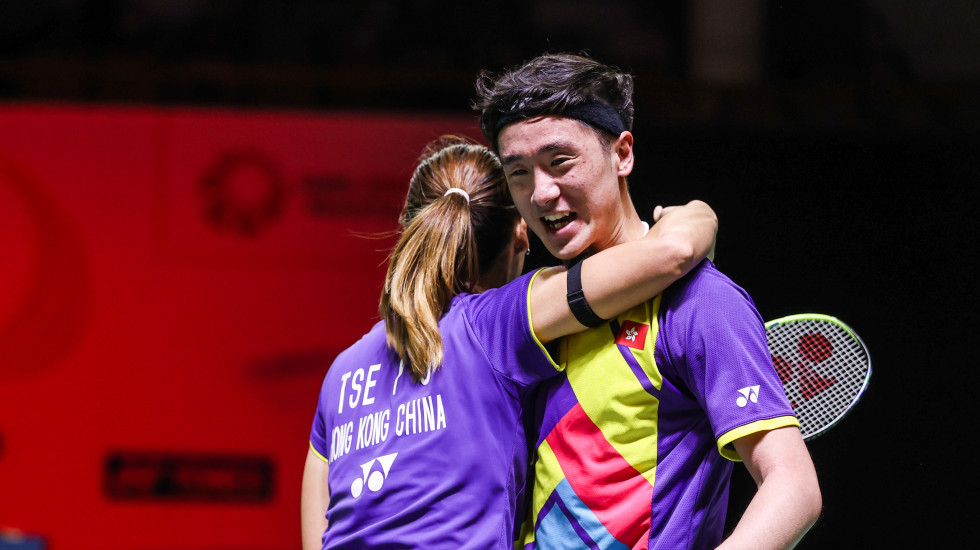 The Hong Kong China pair were previously 0-7 against the Japanese, including a defeat in the bronze medal match of the Tokyo 2020 Olympic Games.

“It’s a miracle, I cannot believe it,” smiled Tse. “This is our first time beating them. I can’t describe my feelings, just wow,” added an emotional Tse.

After losing the opening game, Tang/Tse brought new found passion into the encounter to see them into their first Super 750 final.

“Our family back home know that we had lost to them before. I think we went into the match only thinking about what was happening at the time and not in the past, but we both played well. It was a great match,” said Tse.

“We will try not to think about this too much though, we’re just going to focus on tomorrow’s match and make sure we take enough rest.”

Watanabe/Higashino had been in spectacular form claiming back-to-back titles at the VICTOR Denmark Open 2021 and YONEX French Open 2021. But perhaps the packed tournament schedule had caught up with them as both were visibly tired in the decider.

Sindhu had gotten the better of Yamaguchi in the quarterfinals of the Tokyo 2020 Olympics, but Yamaguchi continued her impressive run through the European swing of tournaments, reaching her third consecutive final.

“I just wanted to play my best in this match and I wanted to also see Sindhu bring her best too. I think the key today was being patient,” said Yamaguchi.

“I think I might be in a better condition physically than Sindhu. I have prepared so much for this match.”

Yamaguchi plays Korea’s An Seyoung in a repeat of October’s Denmark Open final.