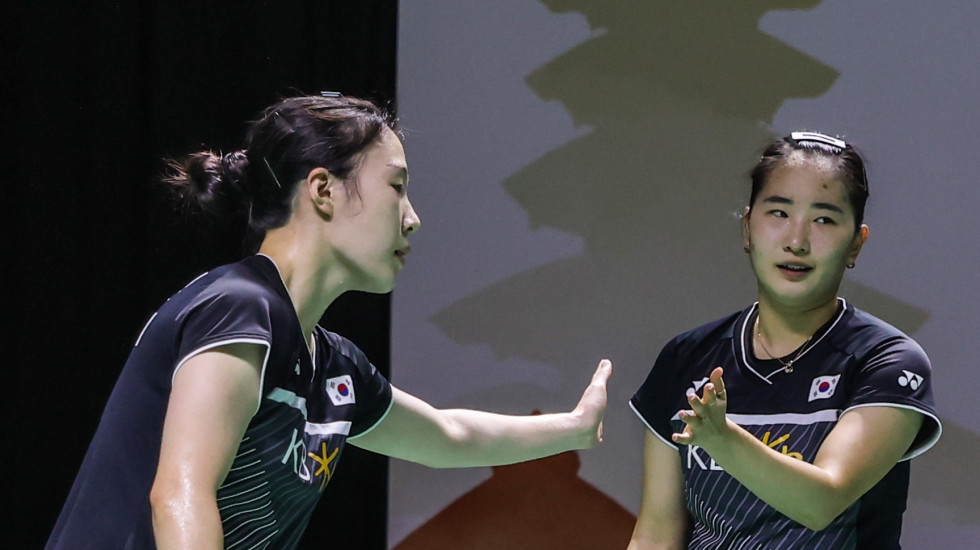 They have not played together on the HSBC BWF World Tour for two years.

They are ranked 168th in the world.

And their DAIHATSU Indonesia Masters 2021 last eight opponents sit 160 places above them on the BWF World Rankings.

That did not stop Kim Hye Jeong and Jeong Na Eun from claiming the tournament’s biggest upset and storming into the semifinals at the expense of women’s doubles third seeds Jongkolphan Kititharakul/Rawinda Prajongjai in straight games (21-11 21-16), a day after doing the same to No.5 seeds Gabriela and Stefani Stoeva.

Asked about the secret to their electric form despite being away from the circuit for two years, the 23-year-old Kim giggled and replied: “We’ve been bored without tournaments. Being on court makes us so very happy.

“We didn’t go into the match with a target. In fact, no goal for the whole tournament. We are just really happy to be playing badminton and competing again.”

Jeong, 21, concurred: “We want to play with our happiest spirit and today we did that.”

“We know they are ranked higher,” said Kim whose last appearance at a tournament alongside Jeong was in November 2019 at Gwangju Korea Masters. “But what we will need is patience. Don’t rush shots, just stay calm and measured.”

Jeong added: “The rotation against the Thais was really fast, that’s a big lesson. We will work on that for tomorrow’s match.”