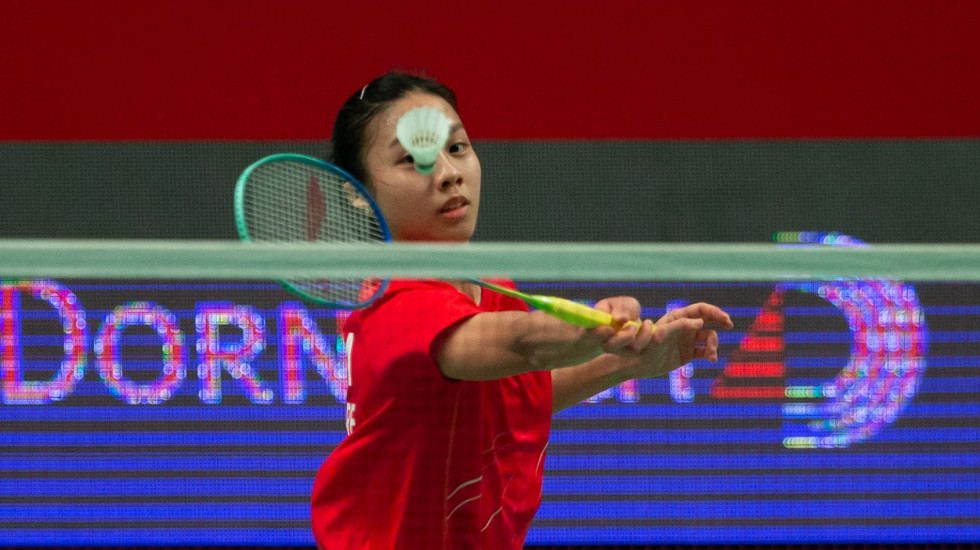 Singaporeans On Cusp of Making History

Yeo Jia Min and Loh Kean Yew made it a memorable semifinals day for Singapore as they entered the singles finals of the HYLO Open 2021.

Loh and Yeo are a win away from their career’s biggest title; if both win on Sunday, it will be Singapore’s biggest day at a World Tour or Superseries event. The HYLO Open 2021 is an HSBC BWF World Tour Super 500 event.

While Yeo overcame resistance from third seed Michelle Li, Loh was mostly in control against Lakshya Sen, winning his ticket to the final in straight games.

Yeo led Li by a game and 15-11 but the Canadian kept up her chase into an exciting end game, saving two match points to force a decider. However, the effort proved too much for her and she faded out early, with the Singaporean winning 21-12 23-25 21-12.

Yeo takes on Busanan Ongbamrungphan, who overcame a stiff battle from younger compatriot Phittayaporn Chaiwan. Standing in Loh’s way will be All England champion Lee Zii Jia, who held off Kidambi Srikanth in two close games.

Women’s doubles will see an all-Japan clash of two unheralded pairs. Both Chisato Hoshi/Aoi Matsuda and Rin Iwanaga/Kie Nakanishi are in their career’s biggest final.

Hoshi/Matsuda pulled off a sensational win over top seeds Jongkolphan Kititharakul/Rawinda Prajongjai, coming from behind in the second game and saving two match points to force a decider. The young Japanese staged another comeback in the third game, from 14-17 down to win the match 14-21 23-21 21-19.

Iwanaga/Nakanishi had a smoother time in the other semifinal as they outplayed Indonesia’s Siti Fadia Silva Ramadhanti/Ribka Sugiarto 21-17 21-16.

The men’s doubles final will be a clash of Indonesia’s best pair against their most promising pair. World No.1 duo Marcus Fernaldi Gideon/Kevin Sanjaya Sukamuljo will take on world junior champions Leo Rolly Carnando/Daniel Marthin, who stopped another young Indonesian pair, Pramudya Kusumawardan/Yeremia Erich Yoche Yacob Rambitan, in the semifinals.

Mixed doubles was the only category to follow seedings, as the top two seeds made the title round. Top seeds Dechapol Puavaranukroh/Sapsiree Taerattanachai and second seeds Praveen Jordan/Melati Daeva Oktavianti both won their semifinal assignments in straight games.