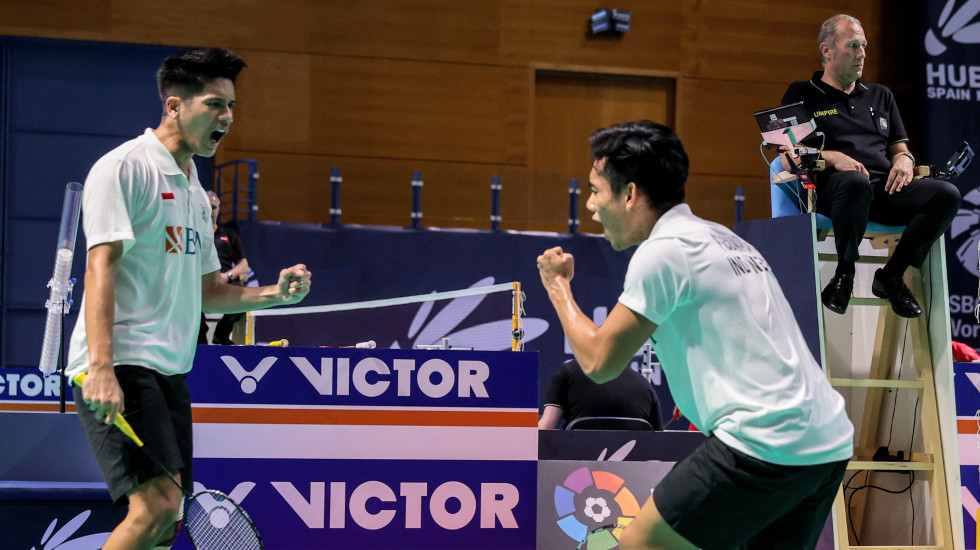 Defending champions and top seeds Kim Astrup and Anders Skaarup Rasmussen were among the favoured names to crash out in the quarterfinals of the Spain Masters 2021 on Friday.

There was another big surprise in men’s doubles, with the result going against Indonesia. World junior champions Leo Rolly Carnando/Daniel Marthin fell in a three-game thriller to Scottish-Danish pair Adam Hall/Frederik SØgaard 21-18 17-21 24-22. The Indonesians saved two match points and had a match point of their own, but their opponents capitalised on their next opportunity.

So happy for this result. It was a tough match and mentally it was hard. We knew we had to stick to our plans to beat those guys,” said Sogaard.

“We can go out and have fun almost, because we’re not going to be playing the rest of the year (together), and it makes it easier for us, so we can go and try things out. We know each other well, so we played well,” said Hall.

Indonesia had a good day overall, with semifinalists in all five categories. Chico Aura Dwi Wardoyo caused one of the surprises of the day, beating sixth seed Ygor Coelho 21-17 21-7.

“Very happy with the way I played. I was up against a more experienced player, who has played at the Super 750 and Super 1000 level, so I’m proud of the way I played. It’s now important to rest mentally and prepare for the semifinals,” said Kusuma Wardani.