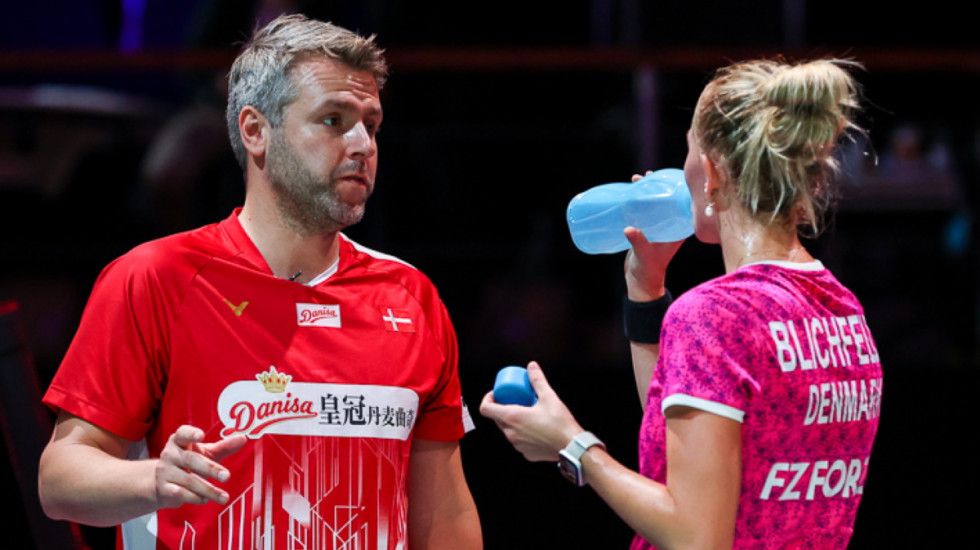 In the second part of our two-part interview with Jesper Hovgaard, Denmark’s assistant national coach in charge of women’s singles, talks about preparing his players for the elite level in a category that’s rapidly evolving, and the challenges that Denmark faces. (Read part 1 of the interview here.)

There is great diversity of styles in women’s singles at the elite level. With that in mind, how are you looking to build your group to compete at that level?

We have different qualities, but of course it doesn’t move the focus that we look into a really high level of women’s singles. Looking at women’s singles, it’s an intense and high speed game, with defence, skill, physical capacity… a lot of things have been changing rapidly. So of course we need to stay sharp and see what’s going on at the highest level. In Asia, nearly all the top players are training full time. Are your young players able to do the same, or do they have academic commitments too?

But doesn’t that delay their transition to the elite level?

Yes, I think the transition is a challenge in Denmark in a lot of ways. Going from junior badminton to senior badminton is one thing; finishing high school and the question of studying or not studying and investing full time in badminton is a big commitment. Also, this is a difficult transition for all players, not just women’s singles, so we try to create that environment where we individualise and try to do what is right for each player.

What direction do you see women’s singles going? Is there a certain style that you would like to see your players adopting?

Right now we have players most of whom have talent and following the speed of the high level. I think overall we also have players with really good technical abilities, but also it’s more about the question of doing it a lot of times, and at high pace, and doing it again and again, so it’s about the consistency also. Actually, I think we have some interesting players, especially when you look at speed, pace.

By that you mean your current batch has players with good natural pace?

Yeah. I think, looking at for example Line (Christophersen), even though she is young, we saw in the junior years that she has quite interesting abilities, especially the physical aspect and to move really fast on court. This is a very very important factor. So this is something we practice maybe more than before, at a higher pace, every single day.

The break in competition due to the pandemic – does it give you the time to build up your younger players for when the season reopens?

It gives us a window for us to develop more. So it’s that combination but I don’t necessarily look at it from that side.

How excited are you about the talent you have?

Definitely (excited). It’s not that many players we have at the national centre, but combined with looking at the younger generation, it looks very interesting and promising.

‘We’re Looking at a Group with Potential’