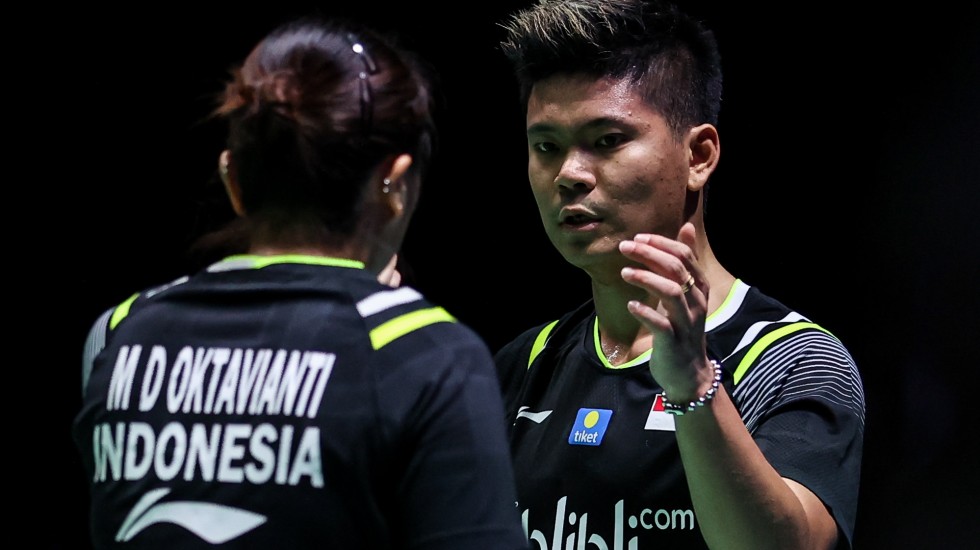 Jordan and Oktavianti have won big titles before but what stood out at the All England was their willingness to fight through the tough times.

The first is ‘talent’.  The second is ‘inconsistency’.

There are players who are able to weld their talent with consistency without much trouble. Then there are those, like Jordan, who struggle to reconcile one with the other.

Speaking of the Indonesian, the Danish player-turned-coach Joachim Fischer Nielsen marvelled: “I think he’s an incredible player. A few ups and downs, he’s like that in his career, but they need to expect it. He has his tournaments where he hits a level that you think is crazy high, and then maybe there’s a tournament you think how can he be that low. But that’s how his style is.”

Jordan’s former partner Debby Susanto had referred to his two dominant traits when she retired last year: “I played with Praveen for three or four years and I got my biggest wins with him. He’s a talented player, he’s still young. I think he can become top five among the men, but his problem is inconsistency. Sometimes he makes a lot of mistakes. That’s the only problem. If he can handle that, he can be a very good player.”

A good example of what he is capable of was seen in the YONEX All England final, when he blew to smithereens the defences of Dechapol Puavaranukroh and Sapsiree Taerattanachai in the third game. Credit for the win should also go to his unflappable collaborator Melati Daeva Oktavianti, who steered the pair through testy times.

When Jordan finds his level he can bludgeon his way through the best of defences – not only are powerful smashes delivered from a steep angle, he has a few unique shots that opponents find impossible to anticipate. One such appears no more than a slap – on his backhand and forehand – but hit with such force that the shuttle travels like a bullet to the far corners, helping him convert a defensive position into an attacking one. It was a shot he used to deadly effect in the final.

Jordan and Oktavianti have won big titles before – most memorably, on successive weeks at the Denmark Open and French Open last year – but what stood out at the All England was their willingness to scrabble while the going got tough. They were taken the distance in their last four matches; first by Malaysia’s Tan Kian Meng/Lai Pei Jing, and then by Wang Yi Lyu/Huang Dong Ping in what was the match of the tournament. The Chinese were 18-10 and a game up before the Indonesians staged a magnificent recovery.

A day later, they blew three match points against home pair Marcus Ellis and Lauren Smith but refused to let themselves be affected and shot ahead in the third game.

This willingness to stay stubborn in adversity is a relatively new trait, and bodes well for the pair.

For their relieved coach Nova Widianto, the victory was affirmation of the pair’s inherent quality and how far they’ve come: “Their preparation this time was indeed good. We have seen that Praveen has non-technical problems, while Meli (Oktavianti) has trouble in terms of defence. And here (in the final) their weaknesses were almost invisible. Praveen could focus even after he made mistakes. Meli also played good defence. For the final I was not afraid about the pattern of the play, but more mental, psychological factors. Especially Meli, she is often tense when playing in the final. But the way it turned out was unexpected: Meli was extraordinary, from the first round to the final… We were not surprised by this result, because we really prepared for everything.”

Jordan and Oktavianti are aware of how slippery success can be. Their twin victories in Denmark and France were followed by unremarkable performances in five events. Yet, their All England victory might signify a new chapter in their career.