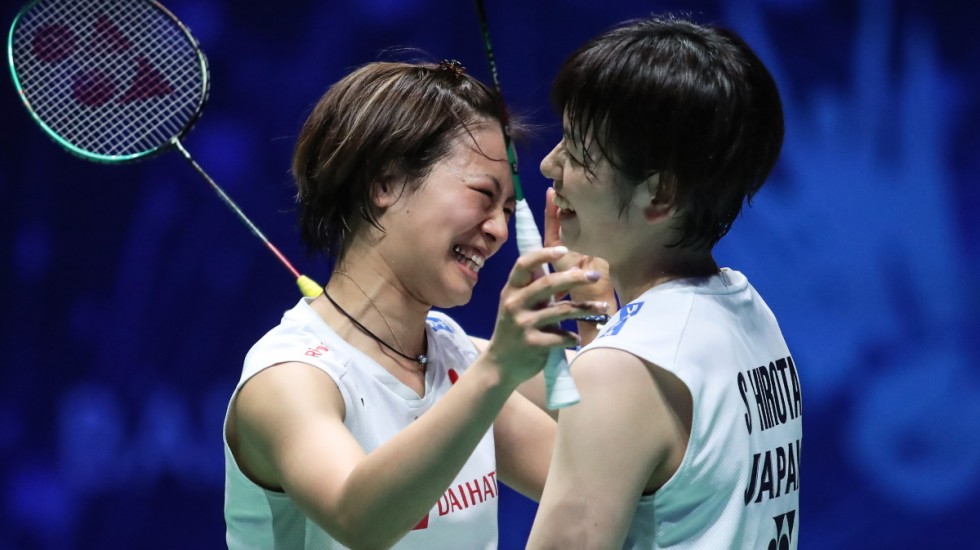 All England: Fukushima/Hirota Assert Their Class 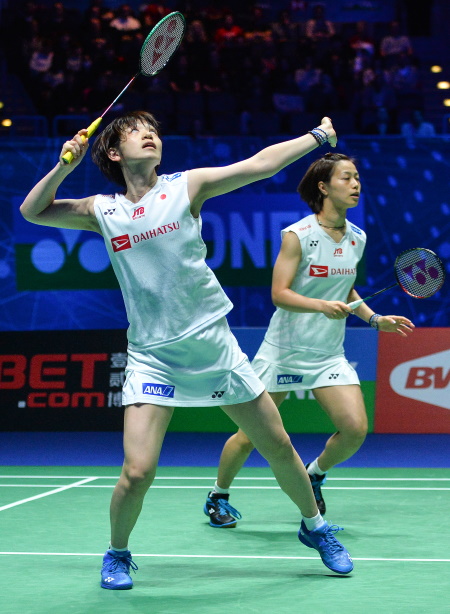 In their 21-13 21-15 vanquishing of Du Yue and Li Yin Hui in the final of the YONEX All England on Sunday, Yuki Fukushima and Sayaka Hirota made an emphatic statement – of attacking intent and ability.

Their performance was in keeping with recent trends in the discipline moving toward a more attacking style. Contrary to image, women’s doubles is no longer purely long-drawn battles of attrition testing the contestants’ consistency and endurance; the play has become sharper, and this was very much in evidence on Sunday, with Fukushima and Hirota outgunning Du and Li, another attacking pair.

Interestingly, the Japanese dropped just one game on their way to the title, against Korea’s Baek Ha Na and Jung Kyung Eun in the second round. There was no such trouble against Du and Li, as Fukushima and Hirota were too strong on every count – they defended well and attacked with verve – to be troubled for any significant period.

Hirota in particular was outstanding, with her hard smashes causing plenty of damage at the other end.

“We couldn’t get it two years ago and last year we were stopped in the semifinals, so we’re really happy to win this time,” said Hirota.

“We always wanted to win this title,” added Fukushima. “We’re happy that with all the issues happening in the world right now, this competition took place and we could win.”

Their vanquished opponents hoped they could get back stronger.

“Our opponents are all-round players. We are not as experienced as them,” said Li. “They are more consistent with their performances, often reaching the finals. We are more inconsistent compared to them for sure. We lacked finals’ experience and I feel it was a good lesson for us.

“I feel that we came into the match in rather good form, but we also need to recognise the differences in our levels. We can improve faster by overcoming these challenges. 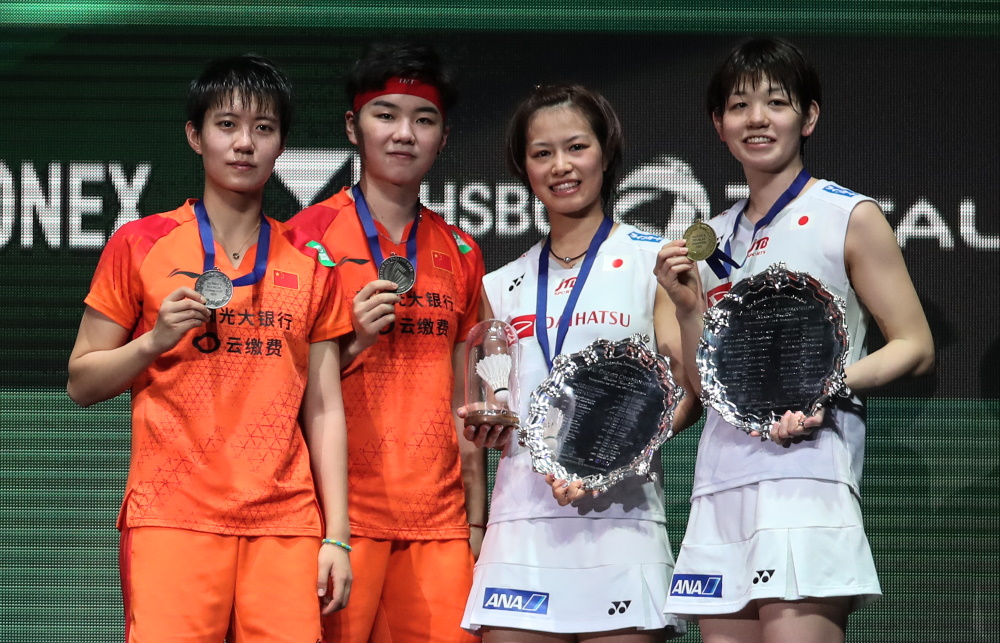 “They had a lot of variety in game plan and they were well prepared. Our matches against them have always been tough. They are more consistent compared to us and they are obviously more experienced than us which made it tough for us to win.

“There is still a big gap in our standard compared to our senior compatriots. For example Gao Ling won 11 titles here and we struggle to win one. Our playing career is very short so we need to really learn from every match that we play, we need to cherish every opportunity we get.”

Fukushima and Hirota became the sixth pair from Japan to win the women’s doubles title at the All England. Their victory also made up for the disappointment from 2018, when they fell in the final to Christinna Pedersen and Kamilla Rytter Juhl.