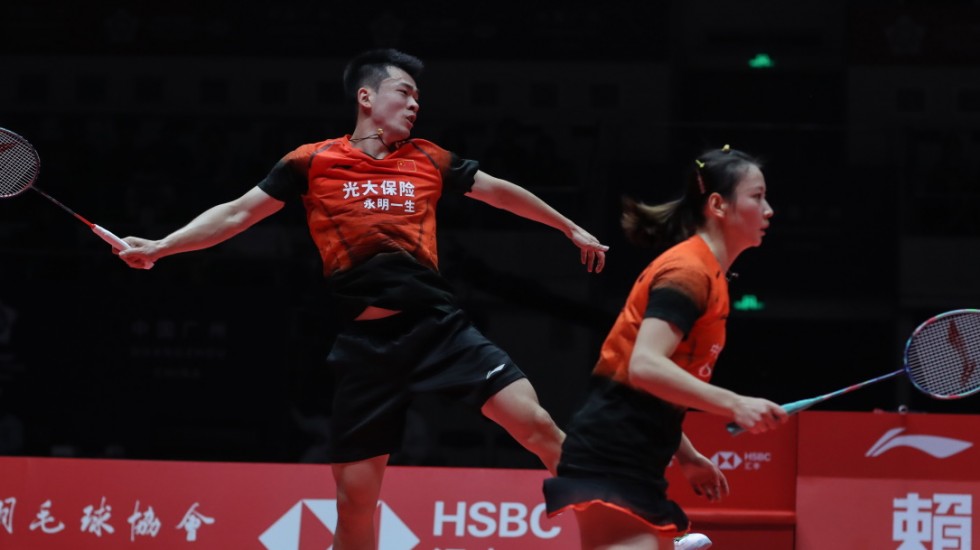 While Zheng and Huang avenged their group loss to Yuta Watanabe and Arisa Higashino, Wang and Huang’s forceful performance proved too much of a challenge for Dechapol Puavaranukroh and Sapsiree Taerattanachai.

Zheng and Huang had fallen to a surprise straight-games defeat to Watanabe and Higashino in their opening group clash. Today the world champions stepped it up from the opening point, and the Japanese were all at sea. Watanabe, who has been exceptional in defence on earlier days, was scratchy, and the Japanese managed just seven points in the opening game.

To their credit, they managed to turn it around. Watanabe got his act together, smashing with sting and often catching the Chinese flat-footed with his softer variations. Zheng wasn’t given as many opportunities to fire his big smashes, and the Japanese were right back in the match.

As the match wore on, however, Watanabe once again struggled to contain his errors, while at the other end, Zheng and Huang were rock-steady, barely giving anything away. The match was theirs on the 57th minute, 21-7 12-21 21-16.

“We changed our tactics from the previous match; we hadn’t handled the pressure well last match,” said Zheng. “Our preparation was better and we were able to counter them.”

Their compatriots Wang Yi Lyu and Huang Dong Ping had lesser trouble in making their way past Dechapol Puavaranukroh/Sapsiree Taerattanachai, 21-17 21-16. The Thais did have their opportunities – enjoying a five-point cushion in the second – but withered in the face of a ceaseless assault from Wang, who had a standout performance.

China’s only reverse in the opening session of semifinals day was in men’s singles, with Chen Long’s second straight loss to Anthony Ginting. Chen was kept under pressure by the fast-moving, hard-hitting Ginting, who wrapped up the match 21-15 21-15 in 41 minutes.

“Today I didn’t make any mistakes,” said Ginting. “Chen Long has a good defence and good attack. I had to attack him, but I also had to lift the shuttle and move him around. I feel physically fine, because in a regular World Tour tournament also you have to play four matches to get to the final.”

Ginting, who has been in four previous finals this year, is yet to win a title in 2019.