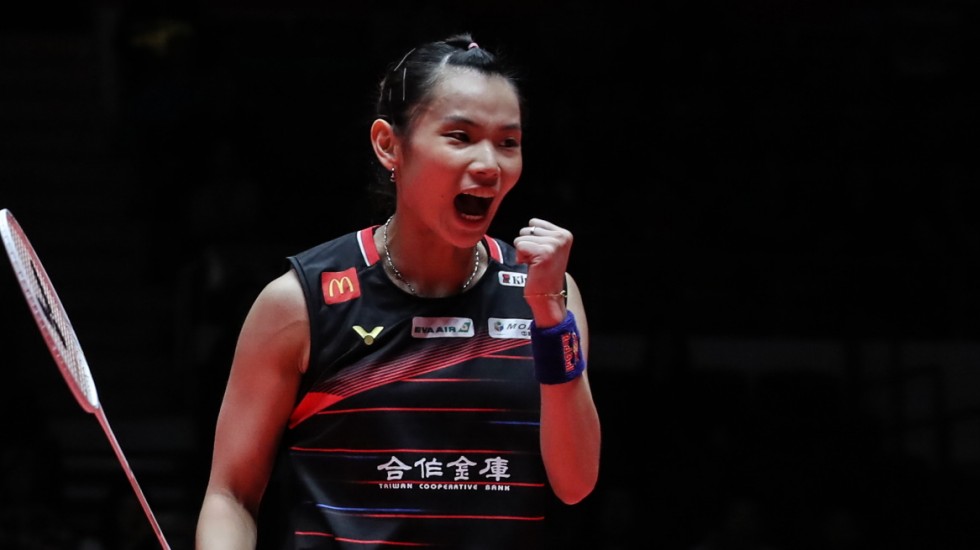 Tai Tzu Ying made her fourth season-ending final, making amends for her group defeat to Nozomi Okuhara with a straight-games victory in the semifinals of the HSBC BWF World Tour Finals 2019 today.

The world No.1, who made her first World Superseries Finals title clash six years ago to this day, and then won the crown in 2014 and 2016, was mostly on the mark, although there were phases when her slips threatened to turn into a slide. When she got her attacking shots on target, there was little Okuhara could do to repel her.

Tai got going from 4-9 in the first, her torrent of inventive shots forcing Okuhara to scamper from corner to corner, taking 12 of the next 14 points.

She was nearly flawless in the early second game, but at 9-5 up, old problems of inconsistency returned. Four straight mistakes gave Okuhara the edge, and Tai continued to have her trouble in keeping the shuttle on target. To her good fortune, her opponent too did not have the best of days, for Okuhara was not her usual consistent self. There were no game-end jitters for Tai as she closed it out 21-15 21-18.

“I was mainly trying to reduce my errors,” said Tai.  “In my last match against her I had made a lot of mistakes. Today I kept my focus. My form is getting better as I got used to the court. I expect a difficult match tomorrow and I hope I can continue to play well.”

Standing in her path to her third title will be home star Chen Yu Fei, who made her seventh final this year. Chen, who has won all six finals, brushed aside Akane Yamaguchi, who looked a pale shadow of herself.

There was just a spell in the opening game when Yamaguchi looked likely to run Chen close. The Japanese hauled herself up from a 4-12 deficit to level at 15, but then succumbed 21-18. The second game was a rout, with Yamaguchi unable to keep up in the rallies.

“My group win over her gave me confidence,” said Chen. “I’d prepared to play aggressively and it turned out well.”

Yamaguchi admitted she failed to find a way to counter the speed and defensive skills of Chen.

“I just could not match her speed. It was difficult to catch up with her… I could not give 100 per cent,” said Yamaguchi.