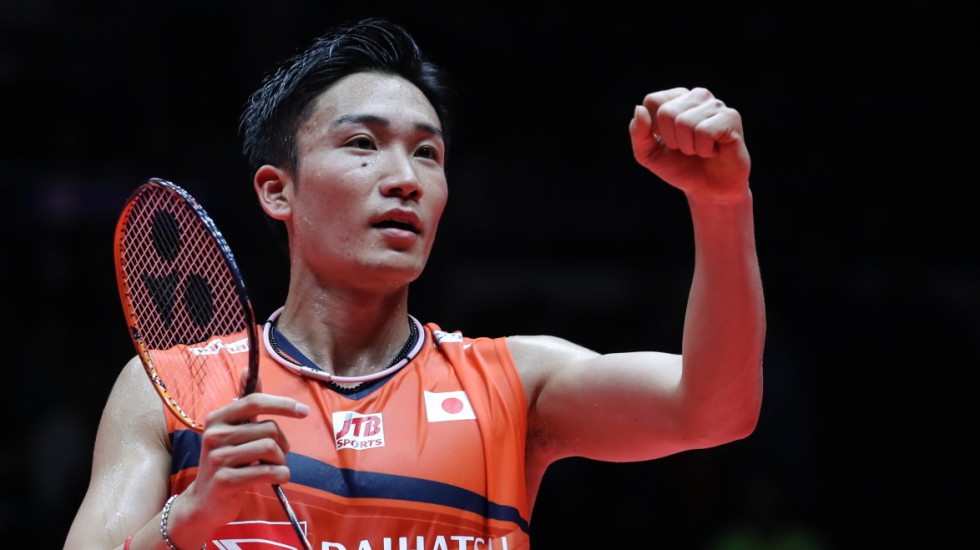 Kento Momota is in his 12th final this year.

Kento Momota made his way into his 12th final this year, earning a shot at a record 11th crown and a chance to reverse his loss in last year’s title clash of the HSBC BWF World Tour Finals. 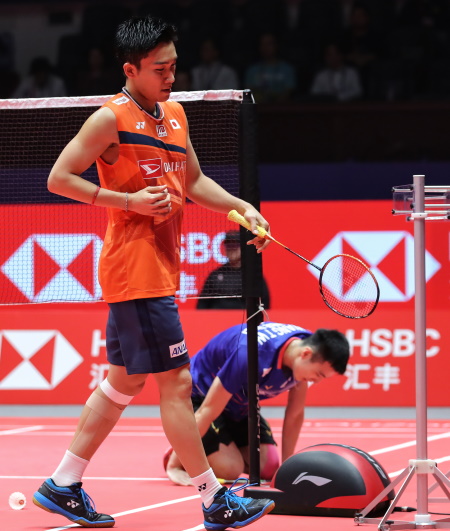 Momota, who is currently level on 10 titles with Lee Chong Wei’s haul from 2010, will seek to banish his memories from last year’s final loss to Shi Yu Qi as he takes on Anthony Ginting tomorrow.

Momota had trouble initially fending off Wang Tzu Wei’s sharp attacking game. The Chinese Taipei player, on his biggest stage yet, proved a tenacious opponent as he stayed close to Momota, smashing with verve and finding the lines. It was just a couple of wayward shots that proved his undoing, and once Momota had the game under his belt, the match changed complexion.

Wang had trouble controlling the shuttle from the other end, and the Japanese world champion expertly capitalised on the openings to take the match 21-17 21-12.

“My opponent has a strong attack and it was quite challenging for me,” said Momota. “Once I got used to it, I could control the game better.”

Wang, who was in his first semifinal of a premier tournament, rued a couple of mistakes at the end of the first game that took away his momentum.

“I had trouble controlling the shuttle from the other end, and he controlled the tempo, so I got very tense,” said Wang. “This is my first time in such a semifinal, it’s a great memory for me.”

Marcus Fernaldi Gideon and Kevin Sanjaya Sukamuljo crashed to their fourth straight loss against recent nemeses Hiroyuki Endo and Yuta Watanabe, 21-11 15-21 21-10. The Minions completely lost the plot in the third game, with both Fernaldi and Sukamuljo making a heap of errors, frustrated by their inability to find their way past the stubborn Japanese.

“We were unable to defend well, and the gap after the break in the third game was too big,” said Fernaldi. “They put us under pressure and I made too many mistakes today.”

In the final tomorrow, Endo and Watanabe take on Mohammad Ahsan and Hendra Setiawan, who reached their 11th final of 2019. The Indonesians have won three of those finals and will look to add the Finals title to their All England and World Championships crowns.