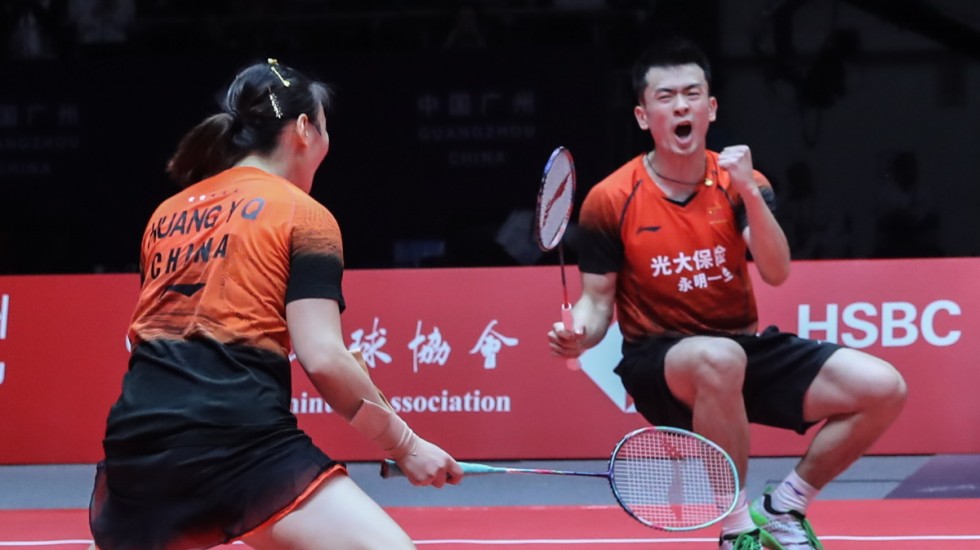 Chen, who went down in straight games to Anthony Ginting yesterday, expertly handled Chou’s wares to deny him in a close second game finish, 21-15 21-19. Chou, who admitted he had yet to solve Chen’s challenge in nine matches, would have hoped for Viktor Axelsen to beat Anthony Ginting in the last Group B match, but that possibility was nullified when Axelsen retired 13-6 down against Ginting, citing a strained right hamstring muscle and pain in his right groin.

It was a close call for Zheng and Huang, who, like Chen Long, were in a must-win situation. They started off well enough, taking the opening game quickly, but Praveen Jordan and Melati Daeva Oktavianti found their rhythm and it was neck-and-neck in the third.

When they blew two match points – Zheng and Huang misjudged the shuttle at the same spot on consecutive points – the Indonesians suddenly had the momentum, but Huang stepped up as she had done so many times previously, and found the winner at the net. A final mishit from Jordan gave the Chinese the win they were looking for, 21-8 15-21 22-20.

“They’ve beaten us twice in a row and were playing quick once again,” said Huang. “We were a bit anxious when having two match points, but we composed ourselves in time.”

Zheng and Huang finished second in Group B behind Yuta Watanabe and Arisa Higashino, who sealed their third win on the trot beating Hafiz Faizal/Gloria Emanuelle Widjaja 21-14 21-12.