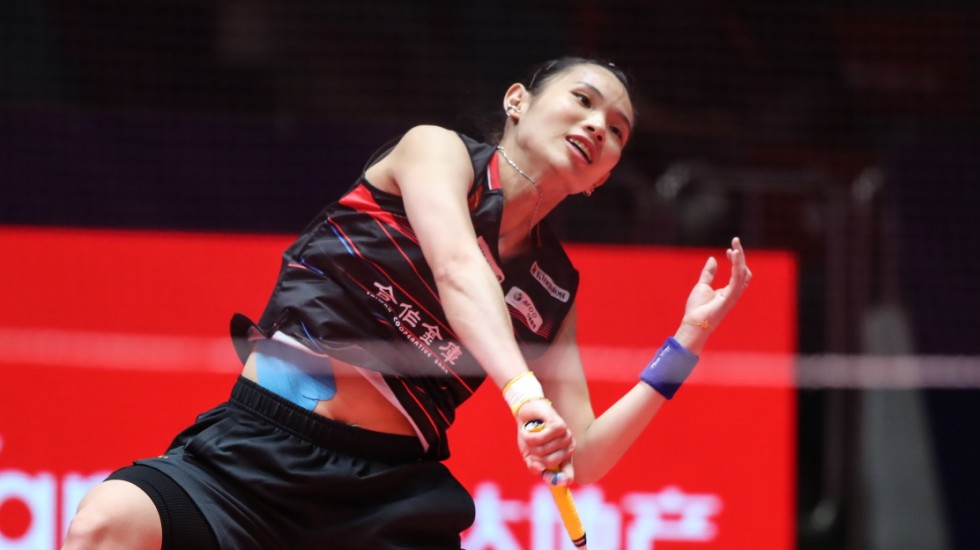 One former two-time champion teetered on the brink of elimination while another stayed alive at the HSBC BWF World Tour Finals 2019.

Viktor Axelsen, champion of the season finale in 2016 and 2017, fell to his second defeat in men’s singles Group B against Chou Tien Chen, leaving him with a mathematical chance of progressing to the semifinals. On the other hand, Tai Tzu Ying, champion in 2014 and 2016, lived dangerously before pulling herself together against Ratchanok Intanon and throwing women’s singles Group B into an interesting situation.

Tai was down 10-13 in the second game and struggled to find consistency, but once she edged through the second game, Intanon was the one under pressure against the sharpness and unpredictability of Tai’s strokes, and the Chinese Taipei player broke through, 11-21 21-18 21-16.

World champions Zheng Si Wei and Huang Ya Qiong, who had suffered a straight-games setback yesterday, redeemed themselves in a difficult test against Hafiz Faizal and Gloria Emanuelle Widjaja.

Zheng and Huang were given a hard time by the Indonesians. The Chinese upped their level from yesterday, when they had fallen in a shock straight-games defeat to Watanabe and Higashino, and yet, the Indonesians were able to match them for long spells in the match.

Faizal and Widjaja were particularly effective in fending off Zheng’s ferocious attacks and converting them into openings; the second game in particular saw some great exchanges with the Indonesians saving match point to force a decider.

Faizal and Widjaja’s momentum slipped slightly in the third, allowing the Chinese to build a lead of 15-7; however, they stayed in the hunt and nearly caught up with Zheng and Huang. The 21-15 20-22 12-17 victory meant things were interestingly poised in mixed doubles Group B.

“Yesterday I struggled with the drift, but today I made the right adjustments and I was in better control of the shuttle. I have a good record (7-4) against Chen Long. Maybe it’s my style… I have an attacking style and I suppose he might not be comfortable with my game.” – Anthony Ginting, after beating Chen Long 21-12 21-11.