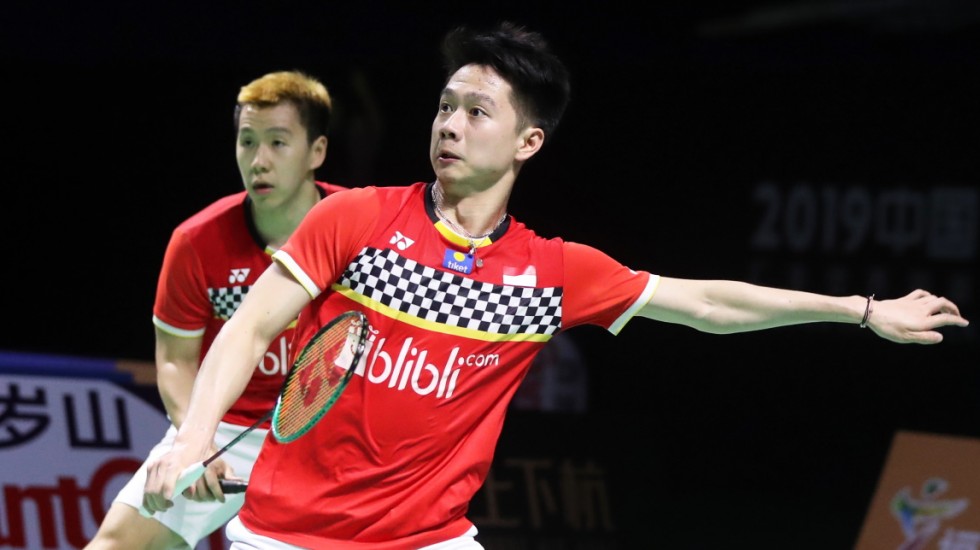 An overview of the season’s performances of the top eight men’s doubles pairs who qualified to the HSBC BWF World Tour Finals 2019.

The ‘Minions’ had another brilliant season, winning eight World Tour titles – including three in a row (Denmark, France, China). Rather unusually, they fell in the first round of two major events – the All England and the World Championships – but bounced back strongly after both setbacks. Their record in finals – eight wins out of nine – once again demonstrated why they are such an exceptionally gifted combination.

The ‘Daddies’ might have finished second-best to the Minions in all their five matches this year, but it was still significant that the veterans made no less than ten finals, of which they won three. They did win two major titles that eluded the Minions – the All England and the World Championships. They continued to hold their own against much younger pairs, thrilling audiences everywhere with their unique brand of badminton, showcasing the virtues of control and craft.

The Japanese duo had a solid season, although they came away with only one title – the Singapore Open. Kamura and Sonoda were a frequent presence in the business end of most tournaments, making six finals and five semifinals.

This was their first season together, and they were a busy pair, playing 25 events in men’s doubles, besides additional duties in the mixed. That they qualified to the season finale in fourth place is a tribute to how quickly they got going despite lengthy previous stints with other partners. They won their first tournament – the Barcelona Spain Masters – and went on to win the Orleans Masters and the India Open. Title success then eluded them until November, but they returned to winning ways with the Gwangju Masters providing a fillip to their hopes for the World Tour Finals.

Li/Liu were the stars of the previous season having won the World Championships and the World Tour Finals at home. This season they had modest success; after winning the Malaysia Open, they managed a clutch of semifinals and quarterfinals, only ascending to the top once again at the Super 300 tournament in Macau.

The runners-up at the last World Tour Finals had two high points – winning the German Open in March and the Badminton Asia Championships in April. At the BAC they were all over the Minions, winning 21-18 21-3 in just 35 minutes for their first victory over the Indonesians. They followed that up with two more wins over the Minions later in the season. The Japanese however did not enjoy any other title successes after the BAC.

The world No.16 pair were among the busiest on the circuit, playing 29 events in all. They started well, reaching the final of the Princess Sirivannavari Thailand Masters, but only had modest success from then on. The highlights of their season were semifinal at the Denmark Open, the Canada Open and the Spain Masters, but their struggle with consistency was evident, for they had a number of early exits all through the year.

The Malaysians had a spectacular early season, reaching the final of the All England after a last-four performance at the Malaysia Masters. But Chia and Soh couldn’t match expectations, and they had a slump mid-season before reviving their fortunes at the end of the year with a semifinal finish at the Fuzhou China Open.