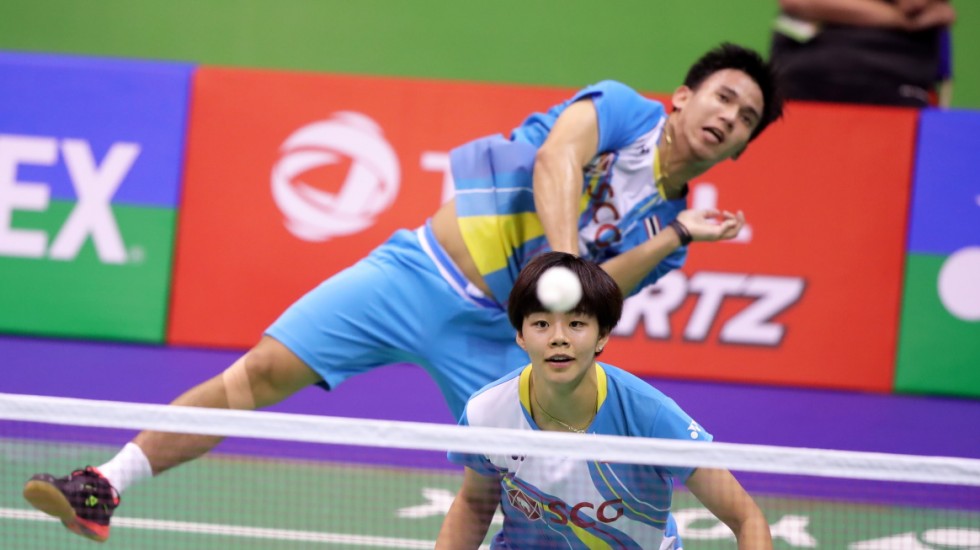 An overview of the performances of the top eight mixed doubles pairs on the Race to Guangzhou Rankings who qualified to the HSBC BWF World Tour Finals 2019.

This was a big year for the Thai pair. In previous seasons they had come close but had never captured a big title. This year the breakthrough happened at the Singapore Open after runner-up finishes at the Masters in Thailand and Malaysia. The Thais continued to do well through the year, making the final of the World Championships, and winning the Korea Open and the Macau Open. Having beaten Zheng Si Wei and Huang Ya Qiong twice this year, the Thais will know that the season-ending title is within their grasp.

The Chinese continued to assert their dominance of the previous season, but this year they looked slightly more fallible towards the end of the year. Having started with a title hat-trick at the Indonesia Masters, All England and Malaysia Open, the Chinese duo swept up most of the important titles until the Korea Open in September. Three final losses – in Korea, France and China – to three different pairs, was rather unusual considering their record. Can they bounce back in Guangzhou?

The Indonesians seemed on the verge of a big result, and it finally came in October. For two weeks in Denmark and France they were unstoppable, the back-to-back titles securing their reputation as world beaters. They will hope to have finally shaken off their trouble with consistency – before October, they were in four finals, but they had also suffered nine first or second round exits. The two titles in Europe might just give them the shot of confidence they needed.

China’s No.2 pair picked up from where they left off at the World Tour Finals last December, at which they had edged Zheng/Huang in a great final. This year they were in seven straight finals, winning five, including the Badminton Asia Championships. The haul at the end of the year included the Japan Open and the Fuzhou China Open.

Played as many as 22 events this year, with remarkable consistency, particularly considering they are an independent pair. They won the Princess Sirivannavari Thailand Masters and the New Zealand Open, and were also in five semifinals – including on back-to-back weeks at the Masters in Malaysia and Indonesia, and at the Indonesia Open and Japan Open.

The Japanese had a strange year compared to last season. They started well, winning the Malaysia Masters and making the final of the All England, but then had a bit of a roller-coaster ride, suffering a few first round exits, before finding their consistency once again late in the season with semifinals at the French Open and Fuzhou China Open, and finally picking another title, in Hong Kong.

The Indonesians were mostly solid through the year, featuring in six semifinals. Their only title shot was at the German Open in February, where they fell to Korea’s Seo Seung Jae/Chae YuJung. Still, Faizal and Widjaja will be pleased with their progress – a close quarterfinal win over Zheng/Huang in Japan was one of the highlights.

The Koreans had a good start to the year, winning the Spain Masters and the German Open. Their form then suffered a dip, before they revived their fortunes with three successive semifinals in China, Korea and Denmark.