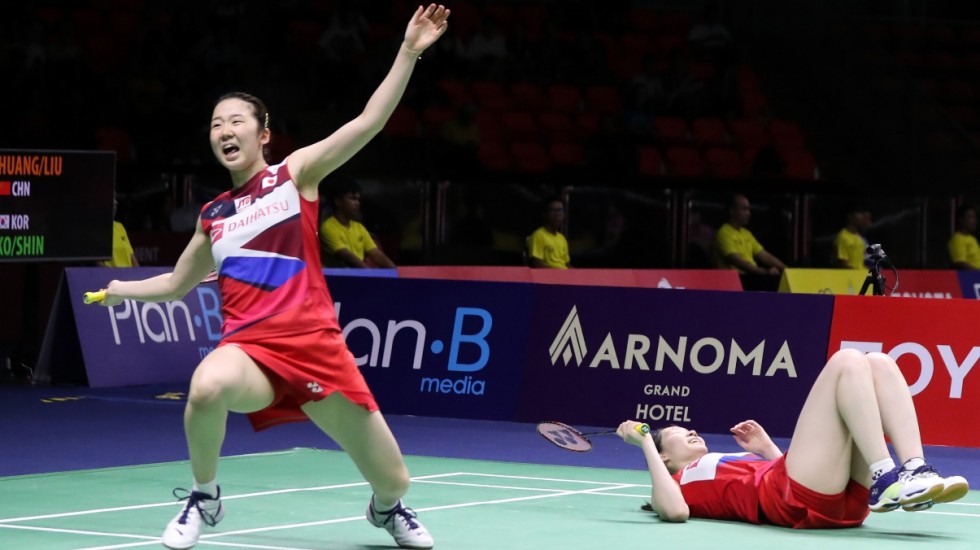 Japan's women are down but not out.

Japan and Indonesia, two countries that have over the years fielded some of the strongest doubles players, experienced unpredictable losses in the TOYOTA Thailand Open 2019 on Friday.

For Japan, it was their women’s doubles that faltered against some of the lower-ranked teams.

Head Coach Park Joo Bong, however, believes that rankings are not a complete way to assess a player’s ability.

“At this high level, all these athletes are performing equally well despite the fact that one player or doubles team is ranked higher than another. Each time these players face each other on court, it could be anyone’s game,” he said.

He attributes the evenness of the playing field to a new power game that emphasises strength and fitness.

“Korea and China have always had strong teams and they seem to be rising again especially in the women’s doubles. So, for Japan, we need to do an overall review and look at improving our tactics and skills. Definitely before the World Championships this year,” he added.

With Indonesia, it was the men’s doubles that faltered in Bangkok. For a nation that once boasted Olympic medallists and world champions, Indonesia’s overall performance in Thailand left much to be desired as the last of their athletes were defeated in the quarterfinals.

World No. 4 Mohammad Ahsan/Hendra Setiawan and world No. 7 Fajar Alfian and Muhammad Rian Ardianto also fell to lower-ranked players through the week.

“The boys have been playing consistently high-level badminton before coming here and they are fatigued,” said coach Herry Iman Pierngadi, citing the BLIBLI Indonesia Open 2019 and Japan Open, both held the previous two weeks.

“Of course, preparing for the World Championships we will look into their physical improvement but we also have to consider their mental strength and motivation,” he said.