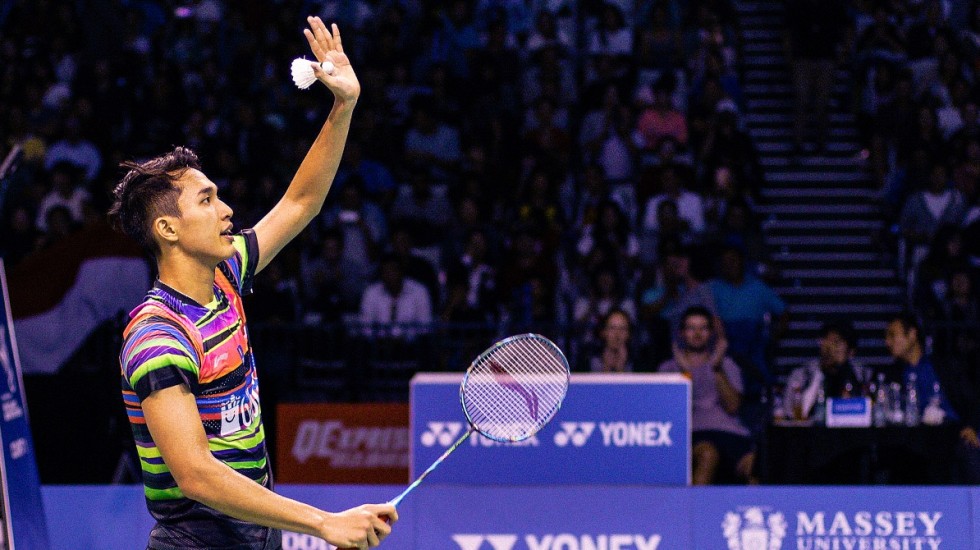 Jonatan Christie’s New Zealand Open victory on Sunday saw him rise four places to No.3 on the HSBC Race to Guangzhou Rankings.

The Race to Guangzhou Rankings at the end of the season will determine the qualifiers to the HSBC BWF World Tour Finals in December. The top eight players on the Rankings will be invited to the year-end finale.

The top two positions in men’s singles remained unchanged, with Viktor Axelsen at No.1 and Kento Momota at No.2.

Another player who benefitted from his New Zealand Open performance was Lin Dan, who climbed two spots to No.4, following his semifinal finish in Auckland.

Malaysia’s Lee Zii Jia and Japan’s Kanta Tsuneyama made their way into the Top 10 – while Lee was a quarterfinalist in Auckland, Tsuneyama reached the last-four.

Hong Kong’s Ng Ka Long Angus, runner-up in New Zealand, climbed eight spots to No.24. Angus, a semifinalist at the All England, is one spot behind Jan O Jorgensen.

Other prominent gainers were Korea’s Lee Hyun Il, who rose 10 spots to No.46, Malaysia’s Chong Wei Feng, who climbed 11 spots to No.47, and China’s Sun Feixiang, who vaulted 25 places to No.63. Sun was a quarterfinalist in Auckland.

Lower down the rankings, Korea’s Heo Kwang Hee made impressive gains of 87 places thanks to his second round finish in Auckland; Heo is currently No.81.

There are few changes at the top of the women’s singles Race to Guangzhou Rankings, with Ratchanok Intanon perched at No.1, followed by Akane Yamaguchi, Nozomi Okuhara, Tai Tzu Ying, Chen Yufei and He Bingjiao.

Li Xuerui’s runner-up finish in Auckland has helped her vault into the Top 10. Li moved up eight places to No.8, just behind Saina Nehwal.

The most spectacular gain however has been that of 17-year-old Korean An Se Young, who jumped 60 places to No.50 following her New Zealand Open win. An’s only previous tournament on the World Tour this year was a first round loss at the Lingshui China Masters.