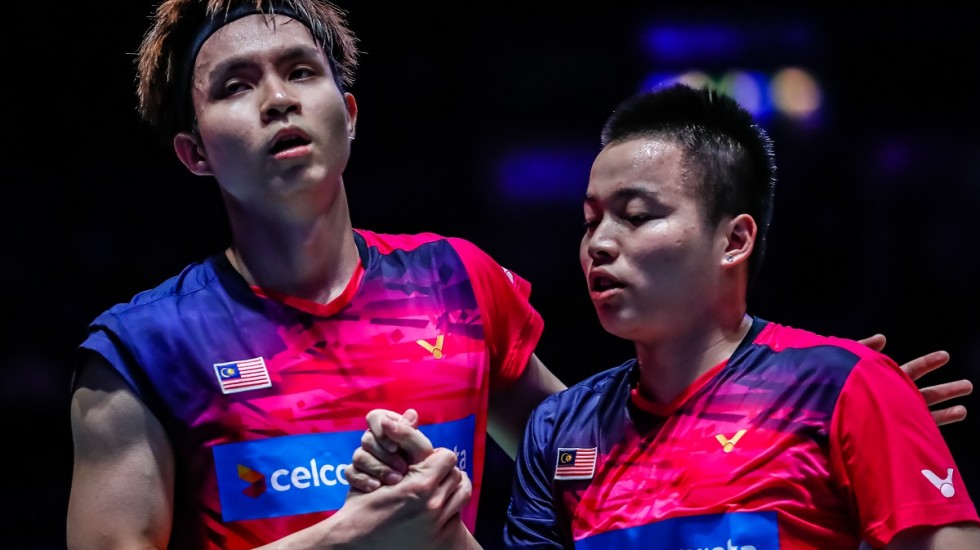 Can Aaron Chia and Soh Wooi Yik repeat their performance from the All England?

It came on a night where Dane Viktor Axelsen franked his early season form, progressing to his first Yonex All England Open semi after three consecutive quarterfinal defeats from 2015 to 2017.

Chia and Soh capitalised on an open half of the draw to announce themselves as contenders for the YONEX All England Open Badminton Championships 2019.

They were too strong for Liu and Zhang who sent shockwaves through the competition when knocking out World No.1’s Marcus Fernaldi Gideon and Kevin Sanjaya Sukamuljo on Wednesday.

It’s an impressive feat for Chia and Soh, whose previous best efforts came at the Perodua Malaysian Masters 2019 (semifinal) and SaarLorLux Open 2018 (runner-up).

Chia said afterwards: “We felt the shuttle was slightly faster today and that was advantageous to us as it suited our attacking style.”

They now play Muhammad Rian Ardianto and Fajar Alfian of Indonesia. “We have played the Indonesians before but we’ll study their videos again.”

Yuqi said: “Obviously Viktor is an incredible player so I am really looking forward to a great match with him. He has beaten me twice already in our three games together so I really want to make it even and get to the final.”

“We are intentionally very loud on the court as it makes us very motivated. It fires us up and helps us through the game. I think it also unnerves our opposition as they get nervous and overwhelmed.” – Takeshi Kamura on his on-court presence with partner Keigo Sonoda.